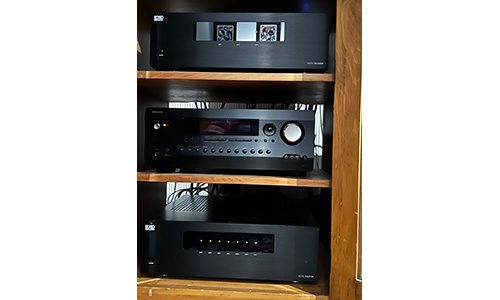 Here is the OSD Audio Nero amplifiers with the Integra 3.4 9.2-channel receiver, which in this system serves as a preamplifier/processor. 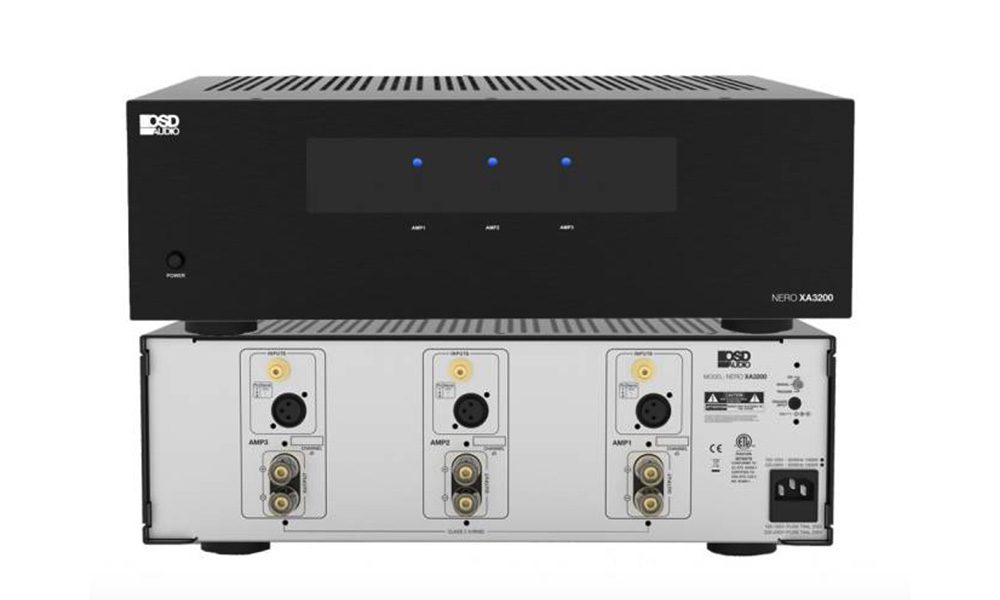 One of the custom electronics’ industry’s best kept secrets is OSD Audio.

Years ago, back in its early days the company entered the market through a range of outdoor audio solutions. Over time the company has since ventured into whole-house audio and now home theater with its new Nero line of multichannel amplifiers.

Sending me the seven- and three-channel versions, I paired the amplifiers with a new Integra DRX-3.4 9.2 channel receiver to serve as the preamplifier/processor in a 7.4.2 immersive audio system.

Starting with the larger of the two home theater amplifiers, the Nero-XA7180 is a 7-channel amplifier rated to produce 130 watts into an 8-ohm load and 215 watts into a 4-ohm load.

Internally, the amp features Class H technologies that are highlighted by seven individual amplifier modules within a single chassis, along with 6800 μF internal capacitance per channel, and a .9 kVA toroidal transformer-based power supply.

OSD Audio’s Nero-XA3200 3-channel amplifier is rated to deliver 165-watts into an 8-ohm load and 270-watts into a 4-ohm load. Under the hood, the XA3200 employs a similar design to the Nero-XA7180, including the same Class H design, as well as the same internal capacitance per channel, and the same toroidal-based transformer power supply.

Wrapping up the similar features of the amplifiers, the Nero-XA3200’s rear panel provides the same XLR and RCA inputs, along with the 12-volt trigger and auto signal sensing options.

On the amplifiers’ rear panels there are three-way toggle switches that allowed me to choose between “on,” “signal” and “trigger,” for which I chose trigger to finish up with the trigger configuration.

Lastly, I simply connected the speaker cables to the amps’ binding posts. The amps accepted both banana plugs and spades without an issue. Completing the setup of the amplifiers, I plugged the components into a Torus Power unit.

As I had noted earlier, the setup of the amps went easily. My only word of caution is the amps are heavy so consideration must be taken to safely move the OSD products around.

In today’s world it’s hard to beat the value of an AV receiver. These components incorporate all the amplification most people will need, along with processing, signal switching and more.

AVRs do have their limits however and there is something special about using separate components (preamplifiers and amplifiers) that receivers can’t duplicate. The OSD Audio Nero Amps, if you’ll excuse my cuteness here, amplify those qualities.

Those qualities include more headroom, as well as increased dynamics, more weight and punch, and of course—more raw power.

My initial listening impressions were very good with the amps and my listening sessions improved over time as the amps broke in. Straight from the box I thought the amps were full sounding with a lot of bottom-end weight and there was a nice level of smooth higher frequencies.

I found the sound differences from using the Integra receiver by itself were noticeable. The DRX 3.4 is a terrific 9.2-channel immersive audio AVR that more than meets my needs but having the additional power that’s afforded through the use of the OSD Audio Nero amps makes for a more immersive, a more visceral home theater listening experience. Moreover, I also thought the increase of power from an audiophile perspective helped to improve the imaging capabilities of my system, particularly with music.

Later as I did more listening with the OSD Audio Nero-XA3200 and Nero-XA7180 I found that I would characterize the amps sound leaning towards the “lean” side of the midrange spectrum.

I’ll add that I think there may be even more dynamics available from these amps then what I am hearing. Listening to the system I felt the use of the Dirac room equalization technology while improving the overall presentation of the system did “feel” like it was limiting some of the dynamic capabilities of the system. I point this out only because I don’t recall feeling that way in the past when I’ve had components in my system that include Dirac. The compression I am hearing could just be me not being used to the refinement that Dirac provides. I’ll add though, while not perfect the live end/dead end design of my 12- x 23-foot listening space is pretty good overall without the benefit of equalization.

The only thing that I encountered that I thought was a negative about the amplifiers was one of the blue LED indicator lights on the XA-7180 amplifier had stopped working. I did double check to see if the channel had gone out and it did not—the channel was still working fine—so it’s only the blue LED. Interestingly, the orange standby indicator for the channel works fine. My guess is that I have an early production sample and maybe the quality of the LEDs aren’t up to OSD’s usual standards due to supply chain issues—the amps were sent to me during the beginning of the summer.

Getting back to the beginning of this review I had noted that OSD Audio had initially launched with outdoor audio and then whole-house audio products. As it’s moved into home theater the company has maintained the core values that allowed it to grow from each of those aforementioned categories: Solid build quality, nice levels of performance and good overall value.

The new Audio Nero-XA3200 and Nero-XA7180 multichannel amplifiers continue this tradition and the Nero amps should add fun and value to any home theater installation that requires robust amplification without breaking the bank.