We asked three security industry veterans to look into their crystal ball and provide some opinions on Google and ADT joining forces to shake up the smart home and security markets.
Rodney Bosch 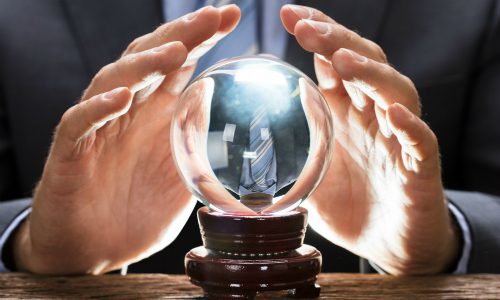 It is game on for Google and its strategic goals in the burgeoning smart home market after striking a deal to acquire a small percentage of ADT. CE Pro‘s sister publication Security Sales & Integration recently checked in with three security industry analysts to shed some light on marketplace implications and to better understand which competitors could be disrupted most moving forward.

Kirk MacDowell, founder and CEO of MacGuard Security Advisors, views the transaction as a good move for both companies. “Google hasn’t been as successful as they have wanted to be in providing feet in homes and being thought of as a true security provider. ADT has, over the past years, cleaned up the account base, worked hard on reducing churn as well as improving operational efficiencies,” he said.

While ADT has improved its operations, the sales channel has not been stellar, MacDowell explained. “Placing these two giants together is a win-win, but certainly the biggest winner is Google, who in my opinion has a strategic plan to do more with ADT and their partners than just making an initial investment in the company.”

For ADT, the deal has another key upside: using the $450 million to fuel growth and pay debt. After being bought (and later taken public) by Apollo Global Management, ADT has more than $10 billion in debt, according to its most recent annual report.

The purchase price paid by Google for a share of ADT is said to be less than 20x RMR. But this transaction is not a reflection of industry-wide valuations, which are generally in the 40x range, says Mitch Reitman, managing principal of Reitman Consulting Group.

“While this does give Google significant influence it is not a large enough interest to give them control of the company. Frequently we perform valuations of minority interests in companies and we discount them for lack of marketability and lack of control,” Reitman explains. “While ADT’s stock is certainly marketable, Google’s interest is subject to a discount for lack of control, and these discounts can be significant.”

ADT also has a joint product with Amazon — called Alexa Guard — which links the Cloud-based voice assistant to ADT’s security system. Essentially, Alexa is able to listen for things like breaking glass and smoke alarms. DeVries said that the relationship “will continue,” and that ADT would still integrate the two systems “when customers request it.”

Bill Ablondi, director of smart home strategies for Strategy Analytics, advises to keep watch on Amazon in the wake of the ADT-Google deal — along with another certain key smart home leader.

“I think all participants in the residential security market need to step up and address the new competitive dynamic of ADT and Google, but I think that there is now a strategic imperative for Amazon to gain access to a pro install channel as well,” he said. “It has been developing Amazon Home Services, which moves in that direction, but that really isn’t the same. Vivint has worked closely with Google, but I wouldn’t be surprised to see an Amazon-Vivint partnership emerge in the future.”

Comcast with its Xfinity Home offering must also take note of the changing competitive landscape, Alblondi suggests. “But Comcast is ambivalent about the role of smart home devices to the point that it has not offered device bundles or individual devices for sale for several years, opting instead to position Xfinity Home as a complementary service to its xFi high-speed Internet service,” he says.

Still another implication to play out going forward will be Alarm.com’s significant relationship with ADT. The company’s back-end platform powers the ADT Command self-contained wireless system, which was unveiled at CES 2019. The collaboration is flourishing, with more than three million customers serviced by the two companies.

MacDowell says he has received multiple calls from the investment community and customers of Alarm.com who want to know how might the ADT-Google alliance force their hand in the marketplace.

“Alarm.com is steady with a solid management team. When pushed, they can be formidable. They have more leverage here than many realize. They will double down on their existing portfolio of dealers and help them compete more effectively,” he explained.

“At the end of the day, however, my opinion is that Google wants to own the entire ecosystem similar to Vivint by controlling product, central station, platform and the sales channel. Time will tell,” MacDowell added.

Ultimately, Abolondi says the announcement of Google’s stake in ADT initially elicits more questions than answers. Such as, how will the partnership change the standard business model in the U.S. interactive market or alter consumer brand perception in the U.S. interactive security market? He is also curious to know how will current and potential ADT subscribers that are entrenched in the Alexa ecosystem react to ADT’s new Google Nest offerings?

Small independent security dealers trying to make sense of the deal and what it means for their competitive stance can be reassured by MacDowell invoking the expression, a rising tide lifts all boats. “When ADT advertises, regional dealers and integrators benefit. That will continue to occur and small- to medium-sized dealers will benefit,” he says. “Larger, super regionals and national companies will feel the pain more as they struggle to stay relevant.  They will need to position themselves in order to create a differentiator in the eyes of consumers.”

Reitman also suggests small independent companies need not to panic: “Stay the course. We live in dynamic times. Don’t rush into decisions. Now may be a good time for a traditional dealer to investigate connected home services and some technology, but don’t go overboard, and, don’t feel a need to compete head on with ADT-Google.”