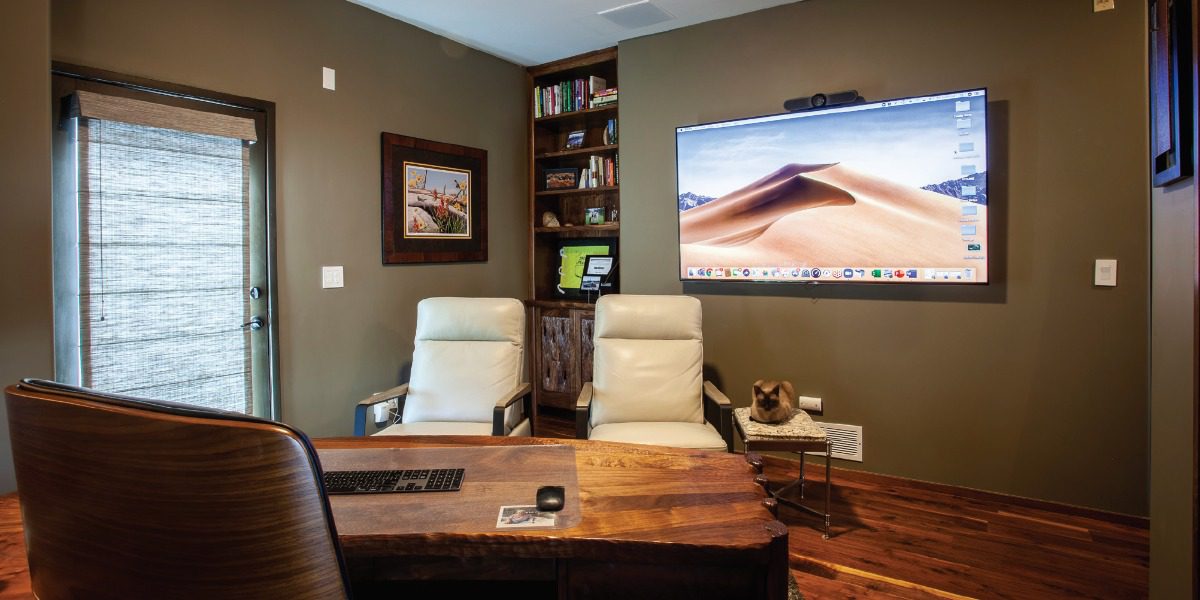 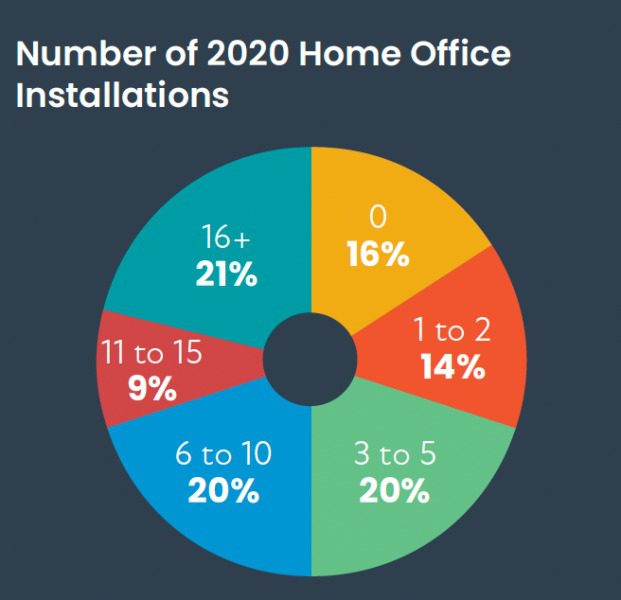 While 2020 was rough for integrators to be focused on growing their pure commercial business, the Work From Home/Learn From Home trend was a beacon of light in an otherwise bleak year. Indeed, while integrators saw their commercial market business fall 17% last year, they were able to minimize that downward trend by installing a median of six home office projects last year at a median price point of $8,106 each.

In terms of the pure commercial market, integrators expect to install seven commercial jobs in 2021 at $16,406 each. That is a 23% drop from the $21,250 median price point earned before the pandemic. However, dealers are optimistic for a longer-term bounce back in the commercial market, predicting a jump of 9% over the next five years.

Those are just some of the key findings from the 2021 CE Pro Resimercial Deep Dive Study, which attempted to gauge both the state of the commercial crossover market as well as the state of the home office market. Both these areas are commonly be lumped into the term “resimercial” in recent years. Indeed, the resimercial market is a complex one. It has multiple segments, including:

The CE Pro study focused on two of the three: light commercial applications (corporate, hospitality, education, etc.), as well as residential applications using enterprise-grade equipment (WFH setups). The study shows this is not a “new” market for most integrators, with respondents reporting they have been working in the commercial market routinely for the past nine years. Not coincidentally, that timeframe somewhat mirrors the deepest time of the Great Recession that began when the housing bubble collapsed and forced integrators to seek out commercial opportunities.

Some of the more unique gear deployed for home offices include motorized shade controls and lighting fixtures. Many people who previously might have only used their home offices in the evenings suddenly found themselves working all day at home. That situation meant they discovered the lighting that might have been OK at night was not suitable for daytime activity also. Thus, 23% of home office projects included lighting control and 18% included motorized shade control.

Even though many Americans found themselves with multiple family members at home for both distance-learning for school and WFH scenarios, it was very rare for an integrator to be hired to install more than one home office inside a home. The average project was an upgrade of just a single workstation in a home; however, just under half of all integration companies (47%) report that they did at least one project in 2020 that involved setting up more than one home office location inside a residence.

Not surprisingly, the most common room inside a residence where integrators deployed a home office setup was in a dedicated office space. In all, 37% of all home office projects were done in a dedicated office inside a house. About 20% of home office setups were in family rooms or dens, while 16% were in basements, 16% were in living rooms, 14% were in bedrooms, and 10% were for outdoor patios. Amazingly (or maybe not), 7% of projects were designed to bring better connectivity to the bathroom.

But despite the declines, optimism abounds as integrators expect to see a 9% rise in their commercial work over the next five years. One in five dealers (20%) expects to see very strong growth of more than 21%, while one in four is expecting double-digit growth through 2025.

There are several key commercial vertical markets in which integrators are involved. More than half of dealers (51%) install systems in bars and restaurants, half (50%) work in corporate boardrooms, and 39% work in retail. Other leading vertical markets are healthcare (37% of dealers), education (35%), and houses of worship (30%). 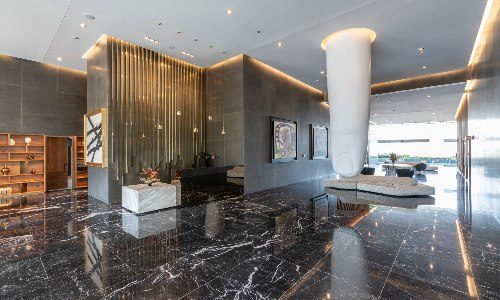 Related: Defining the ‘Resimercial’ Market: What Exactly Does It Mean?

Speaking of price points, while the median is $16,406, some integrators do report they take on large commercial projects. According to the study, 11% of the projects are over six figures at the high end. Coincidentally, the same percentage (11%) projects are under $5,000 at the low end.

To be more successful in the commercial space, CE pros believe they need more information about specific commercial technologies/applications, such as unified communications, AV-over-IP, digital signage, DSP configurations, and more.

Other pertinent data from the study reveal:

Click here to see all of our detailed charts and info for the 2021 CE Pro Resimercial Deep Dive!