After being unsure what to do with the property he bought, developer Jim Gross decided to call up some integrators and create a luxury condo space complete with Control4 automation.
CE Pro Editors 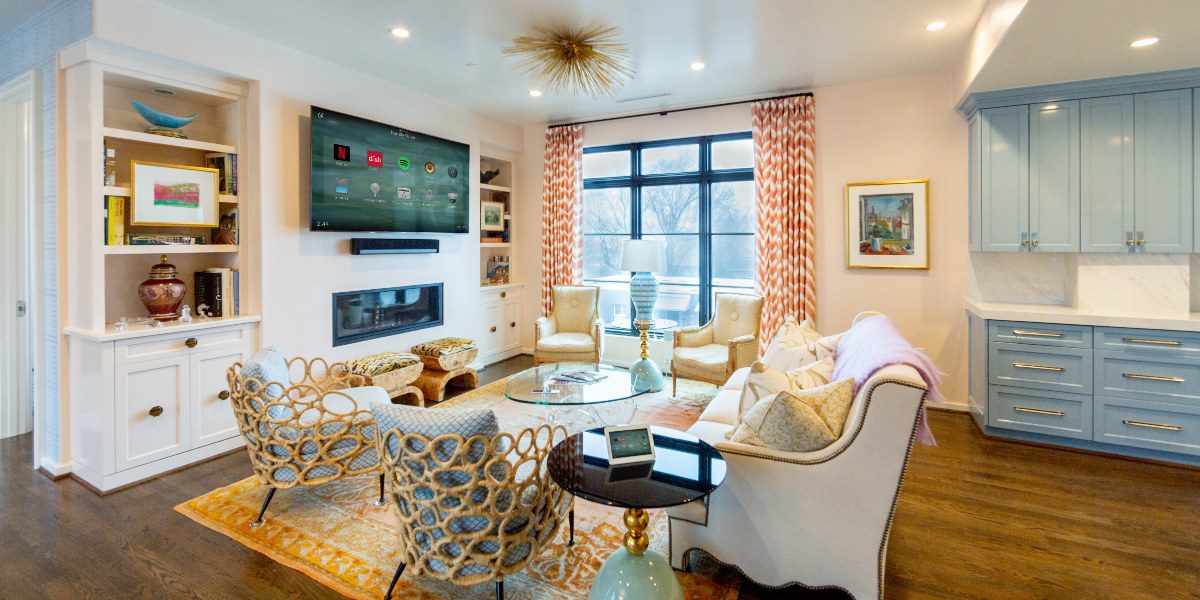 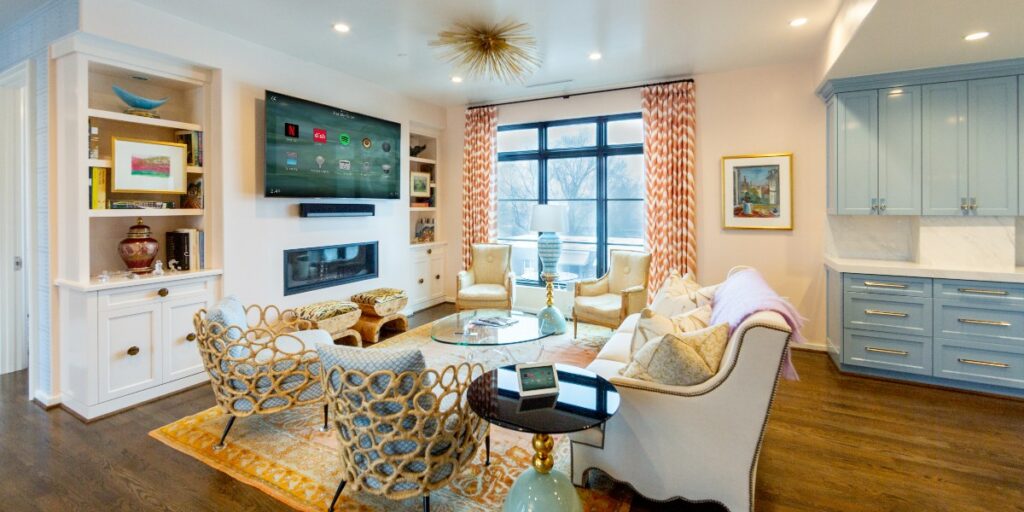 Developer Jim Gross acquired the compact corner plot, originally the site of a now-demolished university dormitory, in 2017. Gross turned the site into 24 luxury, full-floor condominiums capable of fetching almost $1.5 million in many cases. The condos, which range in size from 2,500 to 3,100 square feet (plus terraces), are spread across four 5-story and one 4-story steel-and-concrete buildings, all linked by a delightful tree-lined, lamplit courtyard that meanders its way through the complex.

Conveniently situated just a couple of miles from the city’s Uptown business district, Myers Park has a range of recreational facilities, shops, bars, and restaurants and is one of Charlotte’s oldest suburbs.

Gross bought the site without knowing precisely what to build on it. “I started pushing around pencil and paper and figured out it had to be condominiums. I came up with the idea of doing freestanding building stacks over the top of an underground garage,” says Gross.

“Each condo would have its own individual elevator entrance from the garage and the four building stacks would be separated by fire escapes so every resident would have their own floor with windows on all four sides.”

Beyond the physical design, smart tech is an essential part of what makes Opus Myers Park so luxurious. Early in the project, Gross brought in Home Technology Solutions (HTS), a local integrator he’d worked with on several previous developments, to oversee the extensive installation.

“Every condo has at least five automated lights as standard, which can be set up however the owner wants, and people often opt to add more. All the bedrooms and common rooms are centrally wired for TV, and there are four zones of audio with high-end Episode speakers. Everything can be controlled using the Control4 Tabletop Touchscreens in your condo, or from a smartphone.” says Mike Fitton, president of HTS.

As well as automated lighting and entertainment, thermostats are also connected to the systems, meaning people can easily control their condo’s temperature, even when they’re not there. And every condo has high-speed Wi-Fi built in. 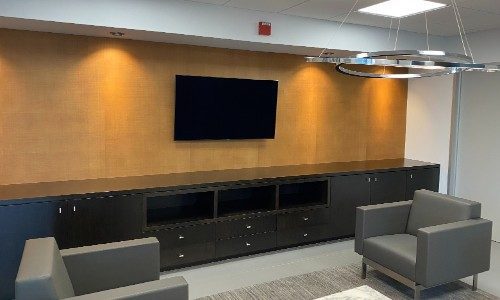 The integrator also maximized Control4’s automated security, access control, and surveillance. For example, if someone’s at the gate or calls from the elevator in the garage, you can see and speak to them. You can also see live feeds from cameras in common areas like the courtyard and garage. And each condo has a camera in their own vestibule, pointing at their door, which only they can access.

“I love that I can click on the touchscreen by my bed in the morning and see what the temperature is outside and get the forecast for the day. I can set the room temperature easily on the same screen,” says one condominium owner. “Listening to music in any room is simple. I love that I can see who’s at the elevator when the bell rings or let someone in the gate with a touch of a finger. It really is wonderful and once we got the hang of it, very intuitive.”

Additionally, when owners aren’t home, the system provides a way to make it appear as though someone’s there, by mimicking how and when the owners typically open and shut their shades or turn lights on and off. Since the system is powered by powerful Pakedge networking, and HTS has wired up all the condos for potential additions to the set-up, there’s plenty of capacity for owners to expand the system as they see fit.