After years serving as the CEO of Vivint Solar where he oversaw the execution of its merger transaction with Sunrun, Bywater will now take on the role of CEO for Vivint Smart Home.
CE Pro Editors
Article:
Control | News | Security
June 7, 2021

Bywater will also be joining the company’s board of directors. These changes will become effective on June 15, 2021.

In connection with Bywater’s appointment, and as previously announced, Todd Pedersen will step down as CEO of Vivint Smart Home but remain a member of the board of directors.

Pedersen founded the company in 1999 as APX Alarm, then rebranded it Vivint in 2010. About a year later global investment business Blackstone Group paid $2 billion for the company.

Bywater has 25 years of senior leadership experience across several consumer-facing technology companies. He served as CEO of Vivint Solar, where he oversaw significant efficiency gains across the company’s installation processes and a rationalization of its cost basis, as well as the successful execution of its merger transaction with Sunrun, which resulted in Vivint Solar becoming a wholly owned subsidiary of Sunrun, according to the company.

Following the completion of the merger, he continued to serve as the CEO of Sunrun’s Vivint Solar subsidiary until April 2021 to ensure a smooth transition.

Before joining Vivint Solar, Bywater served as chief operating officer at Vivint Smart Home, and was responsible for customer operations, human resources, field service and supply chain management. Prior to his time with Vivint Smart Home, he held executive positions at Xerox and Affiliated Computer Services.

“We are pleased to have a leader with David’s robust skillset and intimate understanding of our business and operations join the Vivint Smart Home team,” says David D’Alessandro, Vivint Smart Home’s chairman of the board of directors. 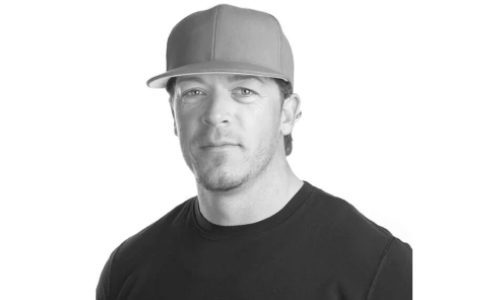 “During his 25 years in senior management roles, including three years at Vivint Smart Home and five years at Vivint Solar, David established a track record of success leading a public company, developing and executing strategies focused on expanding market share, generating solid financial returns and achieving operational excellence while delivering superior customer experiences. We are confident that David has the right experience to lead the company into its next phase of growth, and create value for all stakeholders.”

Bywater will also resign from Sunrun’s board of directors and from his role as a strategic advisor to the company; however, Vivint Smart Home and Sunrun will continue their relationship as partners, an announcement states.

“I am excited to rejoin Vivint Smart Home, a company that I know well, deeply admire and believe has a unique value proposition,” says Bywater. “In addition to having strong operations, an attractive business model and a leading position in the industry, one thing that has always stood out to me about Vivint Smart Home is the level of dedication to executing on its strategic objectives and providing customers with a best-in-class experience. I look forward to working alongside the rest of the management team and talented employees to build on this strong foundation.”