Sonos patent application describes how biometric data like perspiration, pulse or tone of voice could inform an audio system to play music or other content that is most conducive to the listener's well being.
Julie Jacobson 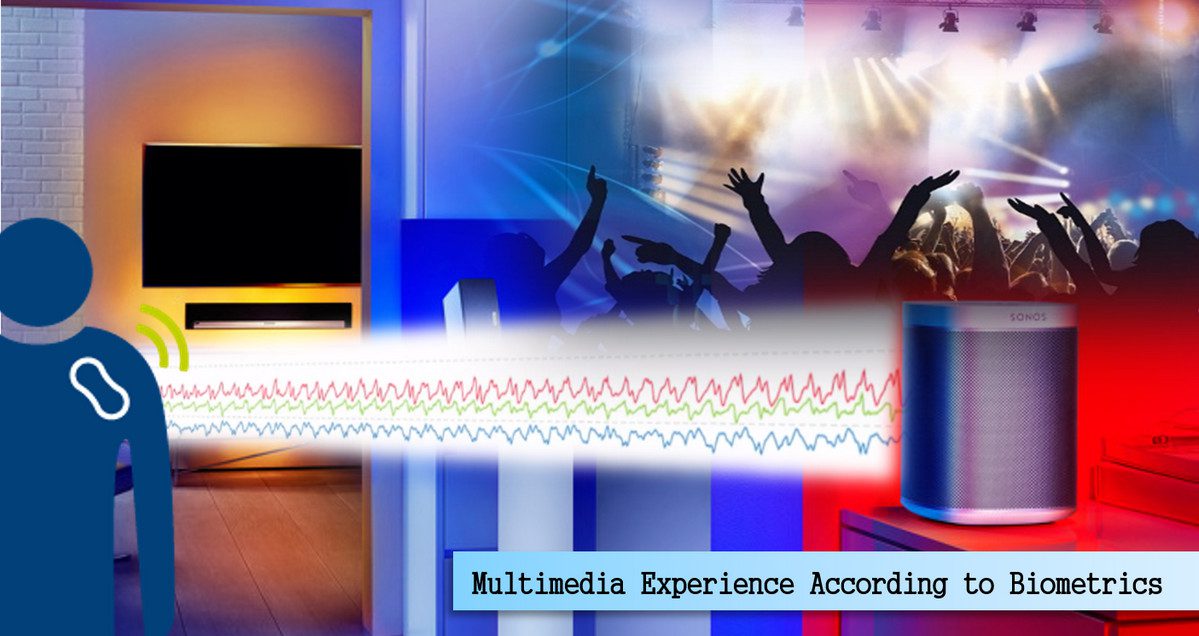 As Sonos's patent application explains it, biomedical sensors would take readings from individuals to ascertain their physical and emotional state, and then play music that is most conducive to the person's desired state. : Photo illustration by CE Pro

Imagine you’re sweating, your heart is racing and your voice comes across as panicked. In the future, Sonos might pick up these cues and play just the right music to calm your nerves. The idea is outlined in a recently published patent application by Sonos entitled, “Multimedia Experience According to Biometrics.”

The application (submitted in September 2016) describes how a user would consent to having data collected on biomedical measures such as pulse, perspiration, movement and temperature. The biometric information would be cross-referenced to the person's listening history and preferences.

Through machine learning, a system could ascertain the most desirable biometric conditions for a person, and then play the appropriate audio to guide the individual to the desired state.

80% of participants said chores were “easier to complete” when music was playing.

Participants were 85% more likely to invite people over.

Respondents were 24% less irritable on average and felt 25% more inspired.

In general, respondents reported a 16% increase in positive feelings.

People become physically closer with music. The average distance between household members decreased by 12% during the  study.

Research has shown again and again that music can have a profound effect on moods and emotions, given the undeniable link between music and the brain.

The right music (or other sound) can alleviate physical pain, enhance memory, reduce depression and stimulate new neural connections. (Start here for some of the studies, but the scientific literature is vast and convincing.)

Sonos itself co-sponsored a landmark study released in 2016 called “Music Makes it Home,” in collaboration with Apple Music and neuroscientist Daniel Levitin. Levitin goes so far as to suggest music could alter worldwide demographics.

The Sonos inventors suggest entire industries could evolve around the neurochemical connections between music and health, as informed by biometric data. For example:

Such biometric data of individuals may provide additional insights to cloud services to improve algorithms in recommending new media content or improving discovery of media content based on characteristics of the individual (e.g., current mood). In some cases, such biometric data may improve marketing and/or advertisements by tailoring such content to the characteristics of the individual.

The inventors describe additional data points that could supplement biometrics to determine a person’s mental state. The more the data, the better the chances of a system playing the right selection of audio from the appropriate device, at the optimal volume.

Social media data, for one, could provide useful guidance:

In Biometrics We Trust

The idea of biometric data informing music selections has implications way beyond audio.

The optimal conditions will be applied at your home, work, hotel room and self-driving car.

Activity and profiles collected from networked devices could provide further clues to a user’s preferences and state of mind at various times, in different environments. The information can help correlate music and moods for an individual:

The patent application describes still more methods for gathering informative data, such as beacons for location, computer vision for emotion-recognition, and temperature and light sensors for environmental conditions.

All of this data can be crunched, and then combined with music-playing systems for optimal wellness conditions. This section of the patent application, though challenging to read, may sum it up best: