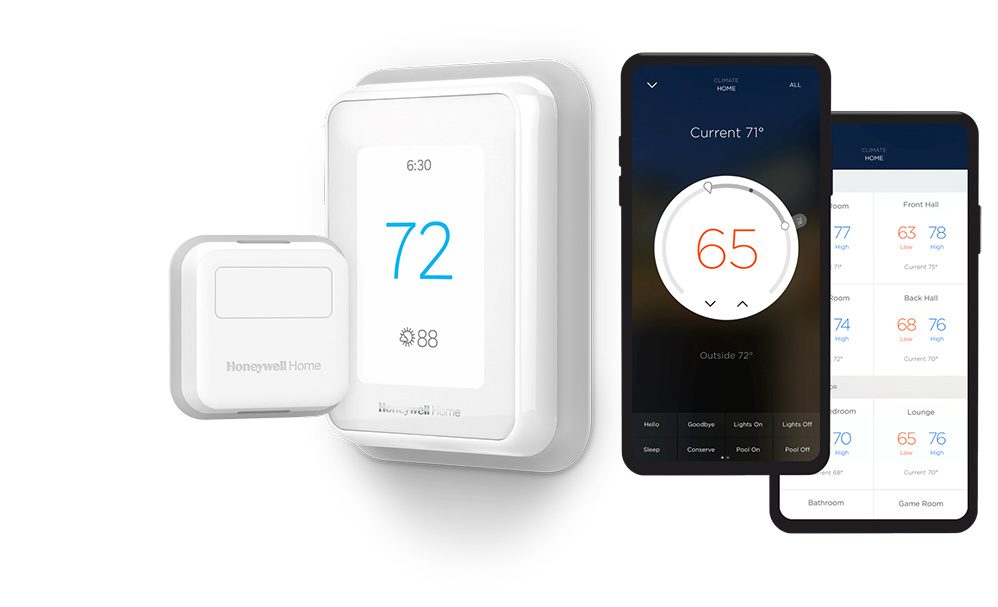 Savant is teaming up with Resideo to facilitate the compatibility of Honeywell's Home T Series Thermostats with its control platform.

“It is especially meaningful to builders and custom integrators that two innovation leaders in the smart home industry have come together to bring elegant, intuitive climate control functionality to consumers,” says Craig Spinner, vice president of business development at Savant.

“We are thrilled to be able to showcase this functionality at the 2019 IBS Show.”

Explaining its perspective in the newly formed collaboration, Resideo vice president and general manager Scott Harkins, emphasizes the new alliance provides homeowners another option that facilitates the use of its products.

“Our latest integration with Savant offers consumers yet another way to integrate our products and technologies into their home’s ecosystems, and makes it easy for them to use those systems to achieve a smart and simplified home.”

According to Savant, homeowners with a Honeywell Home T5, T6, T9 or T10 PRO Smart Thermostat from Resideo can simply say, “I’m hot” or “I’m cold” into the Savant Pro Remote to trigger a 2-degree adjustment of the temperature setting.

In addition, users can also integrate climate adjustment as part of the Savant Scene engine to give them one-touch or voice command access to instant comfort. When combined with Savant Energy, users will have access to energy usage data.

The company's Pro Remote can be used to control a variety of products and home subsystems.

Savant says integrators can configure the remote to control A/V equipment from top brands, including Sony, McIntosh, Sonos, Apple, and others. Homeowners can also control their HVAC systems, lighting, and other devices through a choice of traditional commands executed by simple button presses or via voice commands.

These features will become available sometime in the second quarter of 2019.

Builders, architects, interior designers, and integrators can see the new Savant and Resideo integration at the Resideo booth (#SU1418) at the 2019 International Builders Show Feb. 19-21 in Las Vegas.