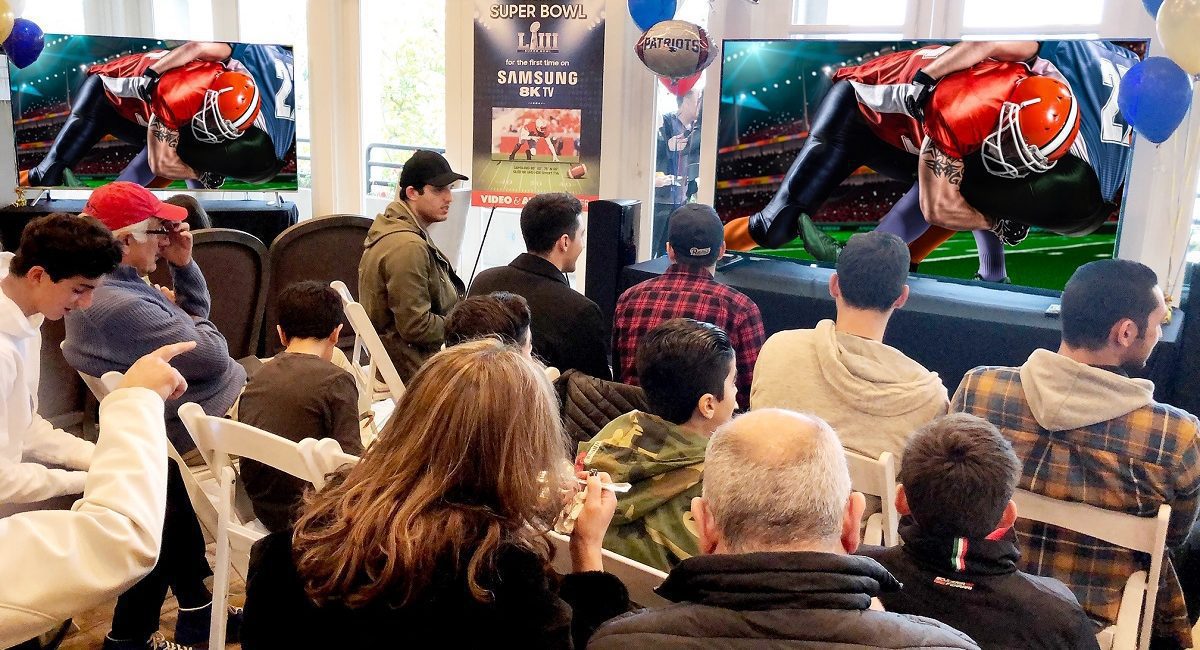 For the 400 Los Angeles-area elite attendees at the Just One Touch / Video & Audio Center “Big Game 8K Watch Party” on Super Bowl Sunday, everything was fantastic… except for the outcome of the game.

But despite the 13-3 lackluster victory by the New England Patriots over the local favorite Los Angeles Rams in the Super Bowl, Just One Touch’s Tom Campbell, corporate director/chief technologist, declared the event as “one of the best ever” the integrator has held.

Just One Touch hired top local chefs for the event, and attendees enjoyed drinks and hors-d'oeuvres as they watched the game on five 85-inch Samsung 8K TVs placed around the facility. The gathering was so large that Just One Touch had to erect a large tent outside the community center to house the overflow crowd. 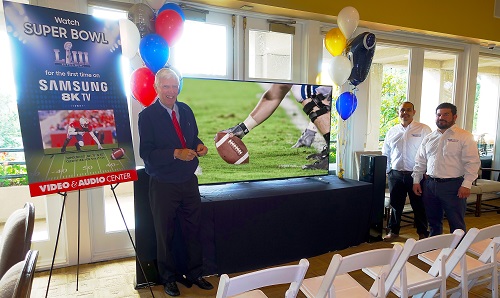 Only technical staff were on hand for the event… no
sales staff, notes Tom Campell, corporate director/chief
technologist for Just One Touch.

For audio, only the sound from the TVs themselves was used, except in the main assembly room of the community center where the audio was augmented with an amplifier and some speakers.

“Many guests commented that the Samsung 8K was so clear that it was like being right on the field with the players,” says Campbell.

The game was not actually broadcast in 4K or 8K, so Just One Touch staff upscaled the content to 4K and 8K for the “Big Game Watch Party.” (The NFL is relentless about protecting the “Super Bowl” trademark so that moniker cannot be used.)

HTSA member Just One Touch has gone all in with 8K for its clients, noting that carrying 8K displays has actually boosted its sales of 4K TVs.

So how did it go?

“This was a Big Game event. As such, we did not use this as a selling event but rather an introduction to 8K. We want people to come to the event and feel comfortable,” comments Campbell, noting Just One Touch was not trying to sell anything during the festivities.

The only staff in attedance were members of the Just One Touch installation team, who were there to calibrate the TVs and answer any technical questions about 8K. Just One Touch would not reveal how much it costs to put on the event, but Campbell says it is well worth it.

“This event is about Discovery, Desire and Demand… the three D's of marketing. It worked as numerous guests asked about availability and actually ordered 8K displays for their home or business. The interest was incredible beyond expectation,” he adds.

No 'Wardrobing' with Installation Service

According to the National Retail Federation, 33 percent of retailers report they were the victim of “wardrobing” in 2018 where a customer buys a TV before the Super Bowl, then returns it after the game. The trend has become much more prevalent in recent years with the lenient return policies put in place by online retailers, according to CBS News.

According to Campbell, the installation service insulates integrators from this insidious trend.

“Wardrobing really depends on what type of clientele you have. We have not found it to be the case with our clients. When a client invests to have a large display installed in their home or mounted on the wall, they are not going to return the TV for a refund because the cost of the installation is not going to be refunded as well,” says Campbell.

“Having installation tied with a sale is a big difference. Integrators are not the retail dinosaurs of the past who would 'Stock it deep and sell it cheap.' Those are the companies that fall prey to wardrobing.” 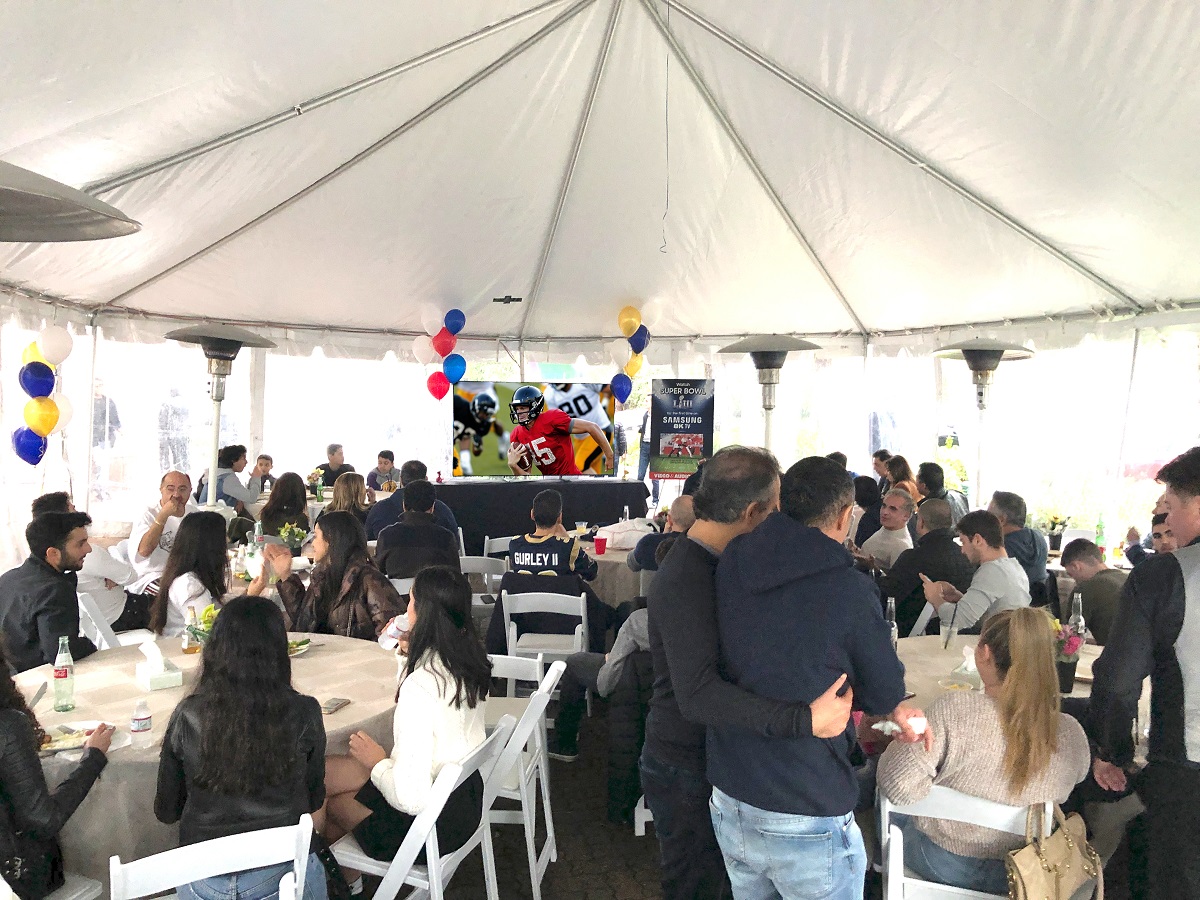 The event had such an overflow crowd that a large tent was erect outside the Bel Air Community Center for the event.