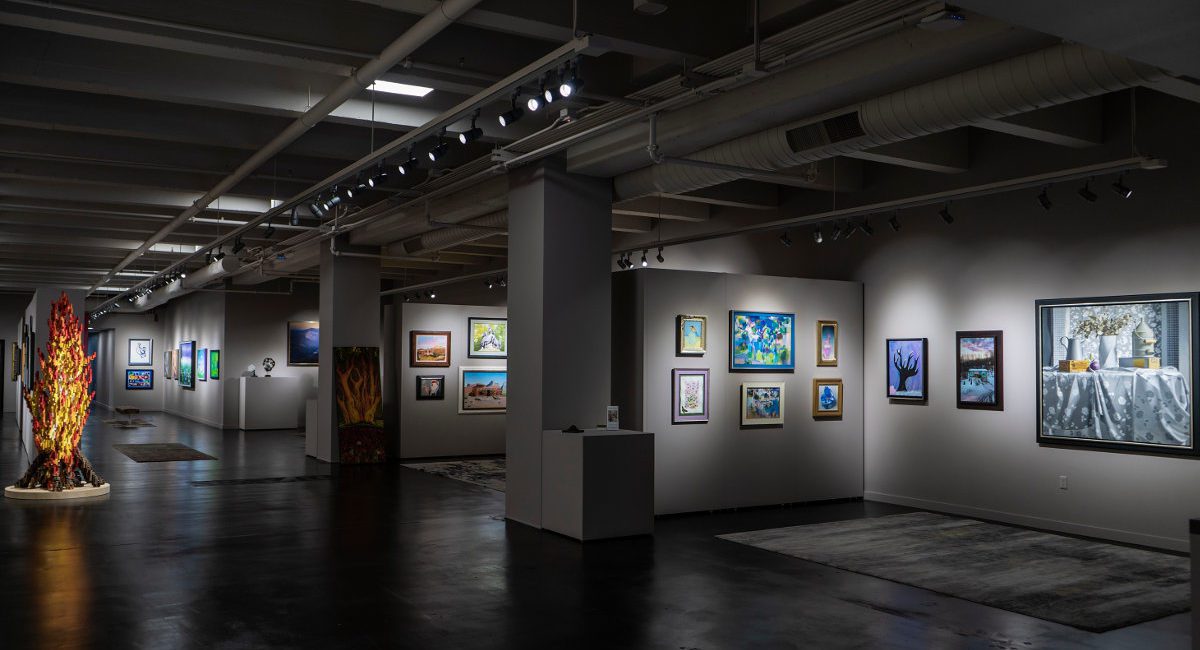 RTI was chosen to handle the control of all A/V equipment due to the system’s ability to provide feedback about the status of components and content being played by sources.

It all started with the addition of a whole-house audio system. Two years after New York-based TheaterPro had outfitted a 5,000-square-foot home with a distributed audio system, they were called back to the residence to design and install a home theater in the basement.

The audio system would be extended to the space too, with Monitor Audio in-ceiling speakers — driven by an AudioControl P2680EQ amplifier — installed in the exercise room, bathroom, and bar. 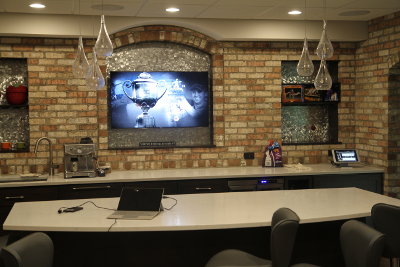 75-inch Sony TV was added to a
basement as part of a renovation,
and tied to the home's existing A/V
distribution setup.

The crown jewel of the basement, however, is a multi-purpose theater. Here, the family can enjoy TV programming from a TiVo receiver, view movies and video streaming from a Samsung 4K Blu-ray player, or play games via an Xbox One.

Content can be displayed on a 75-inch Sony TV or projected onto a drop-down 128-inch Stewart Filmscreen Cima screen by a Digital Projection E-Vision Laser 5000 projector.

For audio, the theater is equipped with Monitor Audio surround-sound speakers and a REL Acoustics S/5 SHO subwoofer, driven by an AudioControl AVR-7 receiver.

For video distribution, TheaterPro pro utilized a Key Digital 8×8 CSA matrix switch, while networking is provided by Pakedge. All equipment is housed in a Middle Atlantic ERK 4425 rack.

Status and Feedback Important to Users

RTI was chosen to handle the control of all A/V equipment, thanks in part to the system’s ability to provide feedback about the status of components and content being played by sources.

“We utilize RTI control solutions in most of our projects, as the platform’s custom programming capabilities are exceptional and allow us to meet the individual needs of any system,” says Kevin Marshall, general manager at TheaterPro.

“In fact, RTI was already being used in this home upstairs, so our clients were quite familiar with the simplicity the company provides. The homeowners have particularly enjoyed using the RTiPanel app on their iPhones and wished to continue doing that. For the basement, however, they did want their current interface to be updated to a GUI that was a bit easier to use with numerous zones.” 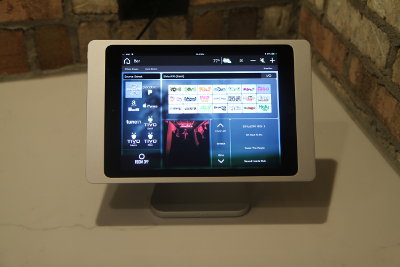 Two-way feedback on user interfaces
offers users a comprehensive view of
status of all sources.

The home’s control system is powered by RTI’s XP-8v and XP-8s control processors, relying on a wide range of two-way drivers for seamless integration with a variety of electronic systems.

The ReCalc driver allowed TheaterPro to display volume feedback as a positive number instead of a negative, making it more intuitive for users.

The Virtual Matrix Selector was key to addressing a main challenge in the installation: keeping track of which source is playing in what room or zone across the massive home. Tracking source playback was important for two main reasons.

First, the home is equipped with four TiVos, and family members needed to be able to see if one was in use before changing channels on it. Second, TheaterPro created volume and channel presets for the Autonomic server.

Whether or not the audio system defers to one or both of the presets when someone picks up a control device depends on whether or not music is already being played in a zone or somewhere else in the house.

The family interacts with their control system in the basement using an iPad Air running the RTiPanel app, which is located in the bar and housed in an iPort LuxePort BaseStation and case. The homeowners also continue to use the RTiPanel app on their iPhones.

The interface for both has been updated to the Aleera GUI from Blackman Designs. A T2x handheld controller is located in the theater room to provide tactile control when viewing the displays.

“When you invest this much money in an A/V installation, you simply expect everything to work and for there to be sophisticated touches, whether it's seeing detailed descriptions of source content on your controller, or having your favorite music play automatically at the touch of a button,” adds Marshall.

“With RTI, we were able to easily meet these expectations, and the family absolutely loves the results.”