Monster Products, Inc. (formerly Monster Cable) has filed an S-1 form with the SEC for a $300 million cryptocurrency offering. It’s not an IPO per se, but an “initial coin offering” (ICO) for 300 million brand new Monster Money (MMNY) tokens, which can be used to purchase Monster products such as HDMI cables, headphones and surge protectors.

That is, the tokens can be used to purchase Monster products if the company can build out its Ethereum-based blockchain engine to process MMNY orders.

In fact, there are a lot of “ifs” in the S-1 filing – seemingly more iffy than the standard, overly conservative IPO filing.

First are the risks related to Monster’s business, which has suffered mightily over the past few years.

Monster is one of the most iconic brands in consumer electronics, making its name in the premium-cable business before it branched into other CE products. Founder and Head Monster Noel Lee elevated and invented product categories from stale classics, much like Nest did with thermostats. Nobody would think to purchase $25 speaker cable until Monster came along. Bose was the only boring headphone brand in town until Monster rolled out Beats by Dr. Dre. And Noel Lee made a fortune bottling cleaning solution for TVs and monitors. He encouraged retailers to put Monster ScreenClean spritzers at the cash register — which chachinged all day long with each $25 sale.

“Eventually Monster hopes to use its influence, scale and global connections along with blockchain technology to bring a number of E-commerce platforms onto Monster Money Network ….”
— Monster Products
S-1 filing with SEC

Lee is famous in CE circles as a sales and marketing genius who helped all the big retailers merchandise high-margin gear.

But the company has suffered over the past few years, especially since losing its licensing deal with Dr. Dre six years ago.

“We anticipate that we will incur operating losses for the foreseeable future,” Monster reports.

At the end of 2017, independent auditors indicated “substantial doubt about our ability to continue as a going concern.”

Following its expensive split with Dr. Dre, as well as an ongoing lawsuit over allegedly false claims related to HDMI cables, Monster is shifting gears from being a pure-play products company to becoming a universal platform for blockchain-driven transactions.

“Eventually Monster hopes to use its influence, scale and global connections along with blockchain technology to bring a number of E-commerce platforms onto Monster Money Network where transactions will be processed and completed instantly with low or no transaction costs,” according to the S-1 filing.

As we develop Monster Money Network and our backend systems, we intend to utilize the blockchain technology to our marketing, accounting and audit, internal control and shipping management functions. We believe the blockchain innovation will bring disruptive advancement to our E-commerce and business operation systems.

Monster says in the S-1 that it needs to raise the full $300M from the ICO to develop its blockchain technology “as contemplated.” If the company can’t raise the funds, it will have to seek additional funding, and if it can’t secure that funding, “we may be required to modify or suspend our business plan, which could result in investors losing all or most of their investments.” 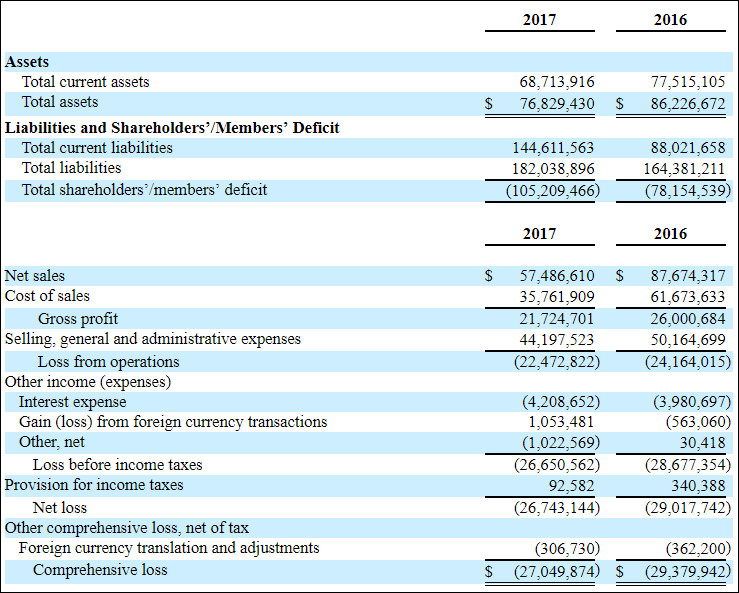 And then the Risks of Launching a Crypto Currency

Beyond the risks associated with Monster’s viability as a company, there are additional risks concerning cryptocurrency in general, and Monster’s ability to run a blockchain exchange in particular.

“So far, there hasn't been an example of a non-blockchain company moving into decentralized software from a position of strength,” reports the crypto-asset publication CoinDesk, “and Monster appears (at first glance) to be no different.”

Furthermore, Monster seems to be the first established consumer brand to pivot to a blockchain revenue model, according to CoinDesk: “The ICO fits into a larger trend in the token space of existing companies that have struggled with their revenue model pivoting to blockchain in an attempt to attain profitability. In the past, pre-existing tech companies with venture backing have launched ICOs (Listia and YouNow), but this is the first longstanding consumer product to do so.”

No Public Market for Monster Tokens?

The real question is: will Monster Money ever have value beyond its use as a currency for Monster products?

The coins will be a tough sell if they cannot be traded in a public exchange. In the event a public market doesn’t open for MMNY, owners can swap the tokens for Monster common stock at a rate of four coins per share. But the Monster stock itself may never be available on an open exchange:

Earlier this year, Monster engaged in a reverse acquisition by a “blank-check” company called Atlantic Acquisition (ATACU), formed in 2016 for just such a purpose. Atlantic, a Nevada corporation, is now Monster Products, Inc. 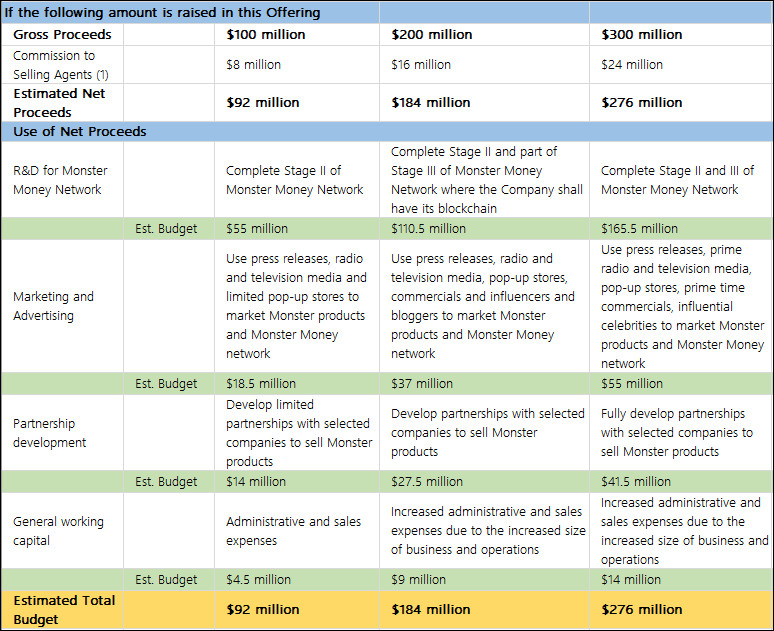 The biggest chunk of MMNY proceeds would go to developing the blockchain asset, but about 40% would go towards marketing and partnership development.