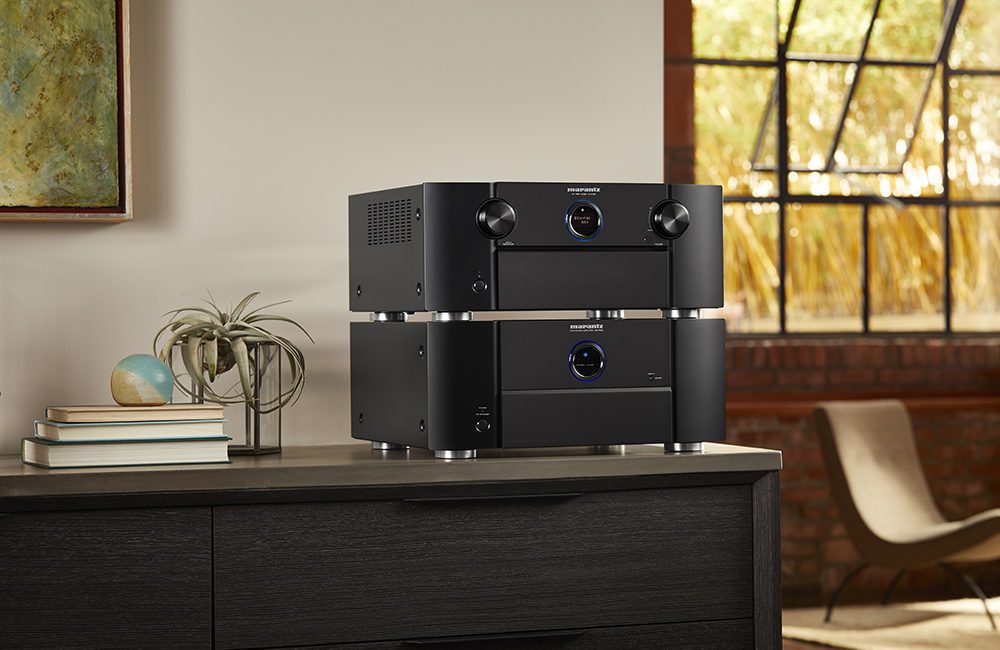 Some of the future updates planned for the $2,199 IMAX-Enhanced certified Marantz AV7705 Pre-Processor include HDMI 2.1 to support features such as eARC (Enhanced Audio Return Channel).

Marantz says that its new 11.2-channel processor is one of the first products to hit the consumer market that carries IMAX Enhanced certification, meaning it incorporates development input from IMAX and DTS.

“Marantz sets the standard for music lovers and critical listeners around the world so everything we do and build starts with ensuring we're providing optimum fidelity for beautiful, natural sounding music,” notes Emmanuel Millot, global brand director, Marantz.

“Fans of Marantz technology will see familiar features like HDAM technology and the ability to decode lossless files with exceptional signal quality. However, the AV7705 does more than recreate music—it provides the ultimate home theater experience,” Millot says.

As part of the IMAX Enhanced program, certified products will be supported with a free firmware update in 2019.

Internally, the home theater processor features 32-bit AKM digital-to-analog converters (DAC) on all channels, and it provides the ability to decode content such as 24-bit/192kHz ALAC, FLAC, and WAV lossless audio files.

Supporting the DSD format (the format used by SACD), the AV7705 is able to decode DSD 2.8MHz and DSD 5.6MHz files via the processor's front-panel USB port and network sources.

The processor offers a choice of audio platforms such as the object-based Dolby Atmos, DTS:X and Auro-3D formats, as well as the Dolby Surround, DTS Neural:X and AURO-MATIC up-mixing algorithms to add more “life” to traditional 5.1 content.

Read Next: eARC at CEDIA—The One Question to ask TV and AVR Manufacturers

It also features remote control input and outputs on the unit's rear panel, a flasher input, and a 12-volt trigger output.