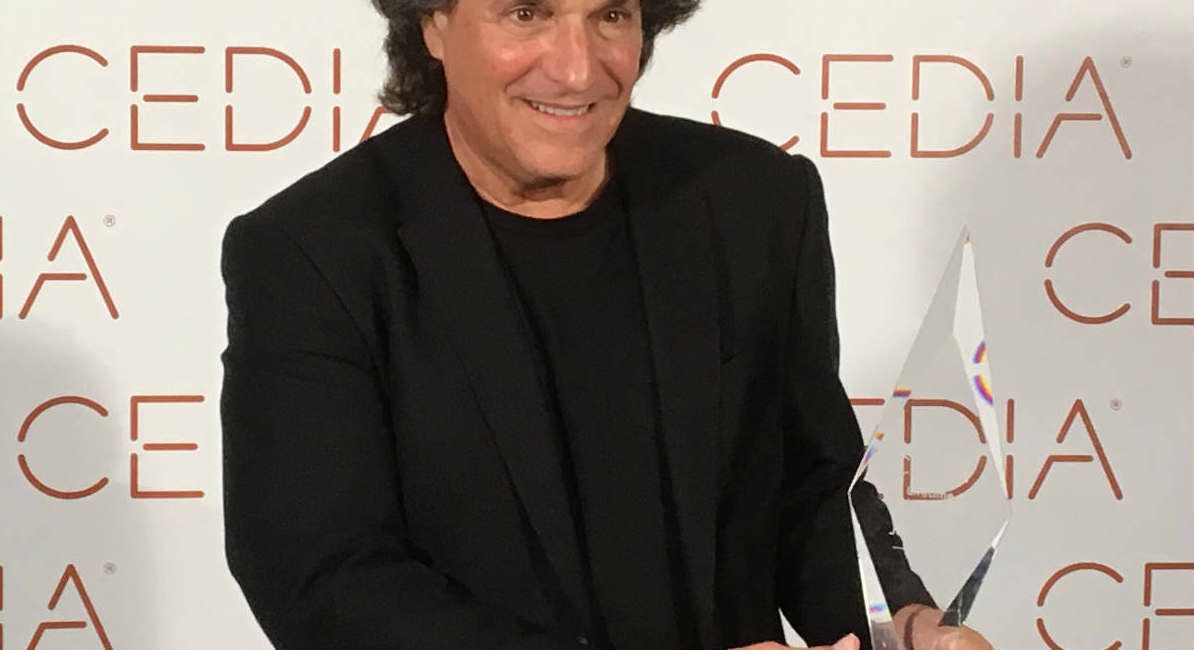 Joel Silver of the Imaging Science Foundation receives the 2018 CEDIA Lifetime Achievement Award during a ceremony at CEDIA Expo 2018.

Joel Silver, founder of the Imaging Science Foundation (ISF), was honored by CEDIA as the recipient of the association’s 2018 Lifetime Achievement Award. Silver is credited with creating the display calibration business and has trained more than 7,000 technicians to be calibrators over the years, many during CEDIA-held courses.

“This award is a testament to all the companies and all the people who have supported me. It has been an honor. I thank CEDIA very much. I brought the calibration idea to CEDIA and CEDIA gave it a home… CEDIA gave me a home,” said Silver humbly to the crowd gathered at Petco Park in downtown San Diego during the CEDIA Expo 2018.

Eric Bodley of Future Ready Solutions and last year’s Lifetime Achievement Award winner noted in his introduction that Silver has “brought calibration to the entire industry. His work is truly everywhere.”

Similar accolades were bestowed by Jeff Murray, a longtime cohort of Silver’s at Sencore, and Craig Eggers of Dolby who noted, “Joel always wears his trademark black suit because he only wants to show off that he doesn’t have any gray hair.”

“I actually get paid to do this.”
— Joel Silver, ISF

Silver was effusive in his praise of the custom electronics industry saying that “other people actually have real jobs,” and, “I actually get paid to do this.” His exuberance for creating quality video displays was still apparent after decades.

He noted how he formed ISF after years in a previous career that was successful but unrewarding.

Silver took a risk and formed ISF, which was initially spurned by the display manufacturers, forcing him to hack TVs to get into their operating systems and be able to adjust color balance and other features.

“I miss being a radical hacker,” joked Silver. “Calibration in those days was like trying to put a saddle on a wild horse.”

Today, Silver sees calibration as more important than ever given the proliferation of content.

“We are on the cusp of a Golden Age of entertainment,” he noted. “We have re-invented TV.”

Silver’s wife Susan was on hand to see him receive the award, to which Silver quipped, “This thing wit video… I think it is going to work out.”