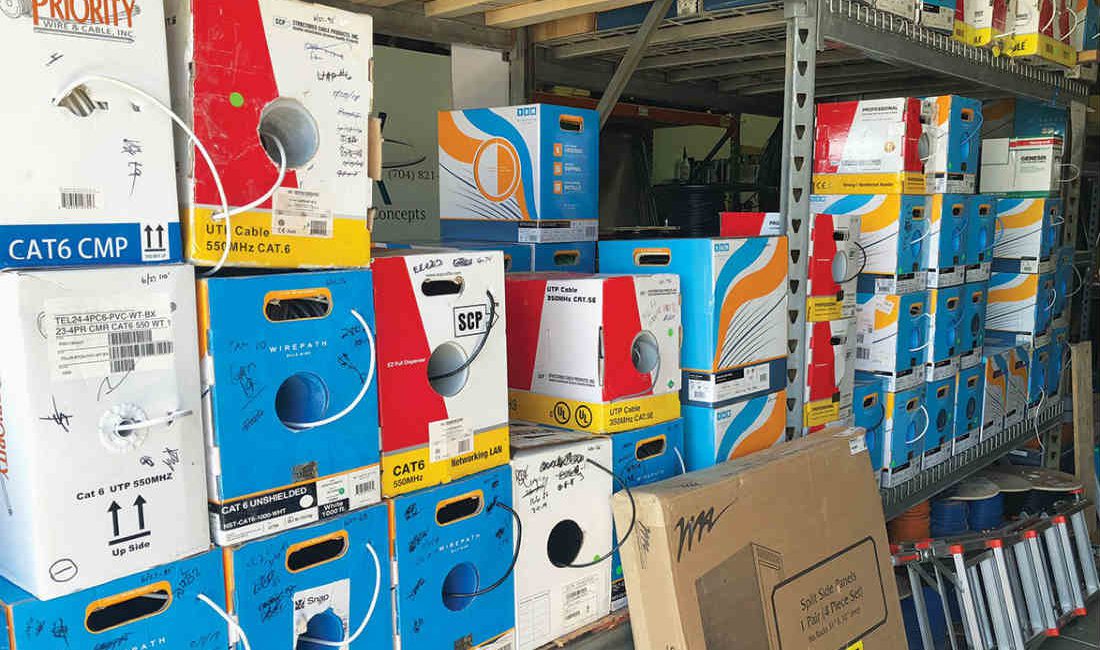 iPoint has improved efficiencies all around for Audio Video Concepts, but the organization of warehouse inventory, in particular, has become a well-oiled machine. The platform allows the AVC team to track the whereabouts of products from the second they’ve been ordered until they’ve been installed

How many unused, jobless products are collecting dust in your warehouse? It’s a common inventory issue for many integrators. As projects progress, so do the products, often leaving you with a few unnecessary extras sitting on the warehouse shelves. And often, you don’t realize that you’ve over-ordered until project completion.

Worse yet, these “misfit” pieces run the risk of making it onto your clients’ bills. Even accidentally, charging customers for products that ultimately weren’t used is a bad business practice.

“One of the biggest facets of running an integration business that tends to get overlooked is inventory,” says AVC co-founder and CEO Robert Burns.

“It was a grass is greener scenario. I thought there was something better, but in the end discovered that iPoint really was and continues to be the best solution for our business.”​
— Robert Burns, co-founder, AVC

“Knowing what’s been delivered, what’s been installed and what’s in stock can challenge even the most organized companies.” Since implementing the iPoint business management platform, however, AVC has dramatically reduced its inventory overhead.

“This portion of the iPoint system alone has helped our company become more profitable,” Burns continues.

By using iPoint, AVC’s inventory manager (and everyone else on the team) is able to monitor the shipping status of products ordered, tag each item with a QR code so that techs can quickly identify products needed for a specific job, track when and where those products have been delivered and installed, and determine immediately which items weren’t used and are now back on the warehouse shelves.

“It’s the ultimate in quality control,” says Burns. “We know exactly where products are at all times, nothing gets overlooked, and when we subtract unused items from a client’s bill it reflects well on our company.”

The iPoint platform touches more than just AVC’s inventory, however. It’s used by every employee in every department in the company — sales, techs, managers, etc. Or course, there’s always a learning curve when bringing everyone on board with a new system, but according to Burns it didn’t take long for everyone on the AVC team to use iPoint efficiently.

“What makes it so seamless and transparent is that it was developed by and for home systems integrators,” Burns remarks. Prior to the company’s current stint with iPoint, AVC had been using a different business management platform.

“We spent thousands of dollars and countless hours implementing it, and after using it for nine months, we saw efficiency drop dramatically.”

It was enough to make Burns re-introduce iPoint to his team. It wasn’t a hard sell. The AVC team had been using the iPoint platform for two years, when Burns decided to switch to a different solution after business doubled in size.

When efficiency plummeted under the new system, Burns flipped the entire company back to iPoint. “It was a grass is greener scenario,” Burns admits. “I thought there was something better, but in the end discovered that iPoint really was and continues to be the best solution for our business.”

Inventory management is high on the list of favorite iPoint features at AVC. Here are a few others noted by Burns: