Smart home camera company Canary is being slapped with a class-action lawsuit after it stopped giving its users free features and instead started charging a monthly fee.
CE Pro Editors 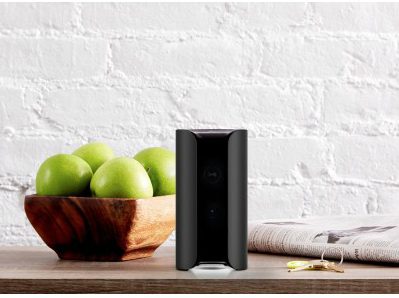 Prior to the switch, Canary customers were able to view recorded videos, download clips, and access a "night mode" feature for free. These features now require a subscription.
Article:
News | Security | Surveillance/Cameras
December 21, 2018

When a customer invests money in a product that is supposed to offer a certain set of features for no fee, they expect it to stay that way. Canary is now finding that out the hard way.

A group of Canary consumers, led by irate customer Jeff Reifman, have come together to file a class-action lawsuit against the DIY smart home camera company.

The lawsuit says Canary is guilty of pulling a “bait and switch” by offering features that did not require monthly or subscription fees. Then in Oct. 2017, these features suddenly required a $120 annual subscription, according to court documents.

“Plaintiffs and other consumers purchased the Products reasonably believing that all key features included with their initial purchase would remain available without any future cost,” the lawsuit says.

“Had Plaintiffs and other consumers known that Canary would remove the Product’s features and place them behind a paywall, they would not have purchased the Products or would have paid significantly less for the Products.”

Read Next: Are Amazon and Ring Working Together to Create a ‘Suspicious Persons’ Database?

Prior to the “switch,” customers were able to view previously recorded videos, download clips and access a “night mode.” These features now require a subscription, with only 30-second video clips after motion is detected, one-day video history and 24/7 live check-in available for free.

Canary debuted in 2013 as a crowdfunded project on Indiegogo. It would end up raising nearly $2 million, or 1961% of its goal. Its products are now sold at various retailers such as Best Buy and Amazon.

You can read more about Reifman’s dealings with Canary on his blog.

Canary isn’t the only smart home security company to land in legal trouble recently. Last year and earlier this year, Ring was hit with lawsuits for allegedly stealing intellectual property.