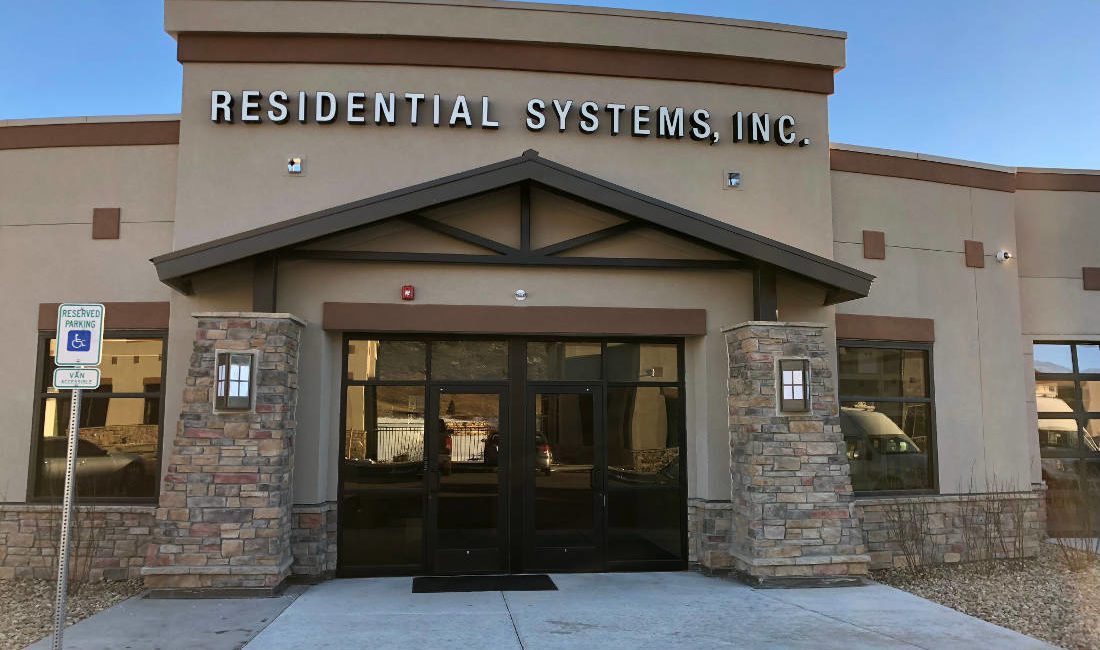 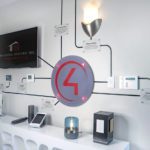 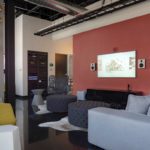 With all the ramrodding in the industry about how vital it is for integrators to build recurring monthly revenue (RMR) to create a viable exit strategy, there is another way for integrators to potentially cash-in when the time comes: real estate.

Travis Leo, CEO of Residential Systems Inc. in Littleton, Colo., is a believer. In July 2017, the company shed itself of its lease of a location it has outgrown and took the plunge to purchase its own building.

“The real estate market in Denver is one of the hottest in the nation with prices rising 15 percent per year, so we had to make a decision on what we wanted to do,” he says. For several years, Residential Systems, a member of the Azione Unlimited buying group, had operated out of a small office in the Denver area, paying a lease at $19 per square foot. The company’s total outlay for the facility was $6,600 per month, or $79,000 per year, according to Leo.

“Our old space was nice but it wasn’t great. It was a little dark. There was a crabapple tree in the front that always dropped crabapples in the spring and created a mess because we would step on them. We had to replace the carpeting every two years.”

Option 1: Stay in Current Facility — The company’s first option was to simply continue to rent at the same location.

“On the positive side, there would be no moving costs, there wasn’t going to be any business disruption, and we would not have to come up with a down payment to buy a new building,” says Leo. “On the negative side, we would not be building any equity in real estate.”

“I underestimated how happy our employees were about it. They felt like this was an investment in them, their future, and the company.”
— Travis Leo, Residential Systems Inc.

Option 2: Lease a New Space — The company’s second option was to find a brand new space to lease and build it out with a nice showroom.

“We looked at this option quickly. We would have to spend about $250,000 with moving and to improve the space, and the new cost of the lease. There would be a lot of ‘sunk money’ and I would have to get financing for $250,000 but it would be a brand new space,” recalls Leo.

Option 3: Buying a Building — The third choice for the company was to buy its own facility. The numbers were somewhat daunting. It would require $100,000 in capital as an upfront down payment to purchase a building and have it purpose-built for its custom integration needs.

There also would be business disruption and moving expenses.

Of course, one of the biggest reasons to buy a building versus lease is that it would be purpose-built for custom integration, and you would start building equity in the property. Equity translates to wealth at the time of the sale. In the end, Leo opted to pursue the purchase strategy.

“Business disruption is a real thing. I remember speaking with our real estate broker who told me, ‘Be ready for a rough year. Your attention is going to be elsewhere, and not focused on your business.’ That is definitely a risk,” says Leo.

There are two primary ways you can finance a commercial building. The conventional way, similar to a home loan, requires you to put 20 percent down. That way you minimize the loan-to-value (LTV) ratio and avoid paying Private Mortgage Insurance (PMI) on the property, which is, in essence, an insurance policy that you pay to protect the lender (not you). 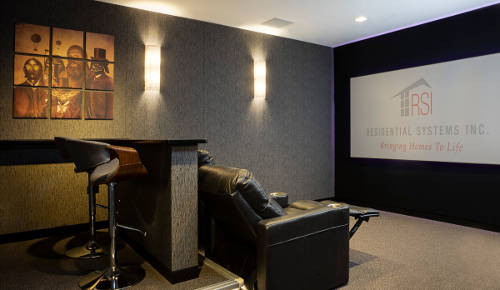 The newly purchased facility was purpose-built for the
company and has resulted in higher average ticket
sales. Monthly costs are $2,100 higher than the
previous lease situation.

The other financing option is through the Small Business Administration (SBA) 504 loan program that only requires 10 percent down, so it helps keep your capital in your business. It does have a higher interest rate.

Leo chose to go down the SBA loan path.

“Our new mortgage payment is $6,200, plus there are property taxes and HOA fees of $2,500. So our total expense is $8,700 per month. We are effectively paying $2,100 more per month than if we had stayed in our existing space but I am not paying the landlord anymore,” he says.

One of the unanticipated byproducts from the move was a significant boost in employee morale.

“I underestimated how happy our employees were about it. They felt like this was an investment in them, their future, and the company,” says Leo.

Residential Systems has also increased its average ticket sales since moving into the facility.

“Previously, we did not have great demonstration capabilities. Now we can bring people through and show them equipment like the Sonance small aperture speakers, or a Sony projector. Soon, that $30,000 media room is a $50,000 media room,” he notes.

The upgrades took 12 weeks to complete. The new facility is much more open with an open office concept in the back. There is a rollup door on the side of the building for deliveries, which is much more convenient.

Not everything went smoothly… the company had trouble with a concrete stained floor, and also did not build a doorway large enough to get a 44U rack through to control one of the media rooms in the showroom.

“It is not an overly exorbitant showroom. Spending $100,000 on the downpayment was enough so we didn’t go crazy,” says Leo.

“First, most successful business owners own their own home…they do not rent an apartment. Do the same thing with your business… it’s really silly not to,” he advises.

Leo also recommends integrators form a separate entity for the real estate holding and not hold the mortgage under the same name as your custom installation company. That setup keeps the capital separate.

“The process will take longer and cost more than you think, so put someone in charge of the process.”
— Travis Leo, Residential Systems Inc.

He also recommends dealers find a bank that specializes in SBA loans. “Our bank was OK at it. We got through the process. But the big banks have specific divisions to handle SBA loans,” he says.

“The greatest lesson I learned from this whole process is what is called a Cost Segregation Study. It basically allows you to accelerate the depreciation of your business due to this investment. We got about $300,000 in tax write-offs in year one and year two that we normally would not have been able to get without doing this study.

“We effectively paid for the down payment on the building with the increased depreciation we were able to get,” he says, noting that it costs about $7,000 to have a Tax Segregation Study conducted.

“The process will take longer and cost more than you think, so put someone in charge of the process. I had my right-hand guy at the company make all the decisions. It was a great opportunity for him and he wanted to step up and do it. It allowed me to keep running the company,” he says.

Despite the warnings he had received about distractions, Residential Systems had a record year in 2017 while it was going through the relocation.

“Buildings appreciate in value… leases do not,” exclaims Leo. “We bought our building in July 2017, and nine months later the building next door closed for 7 percent more than we paid. A 7 percent annual appreciation on a $1 million building is like adding $70,000 to your bottom line every year. The math is pretty simple.”