CNBC interviewers and pundits-at-large try to blame ADT's lackluster IPO on a doomed market for full-service security and home automation, but they're simply wrong.
Julie Jacobson 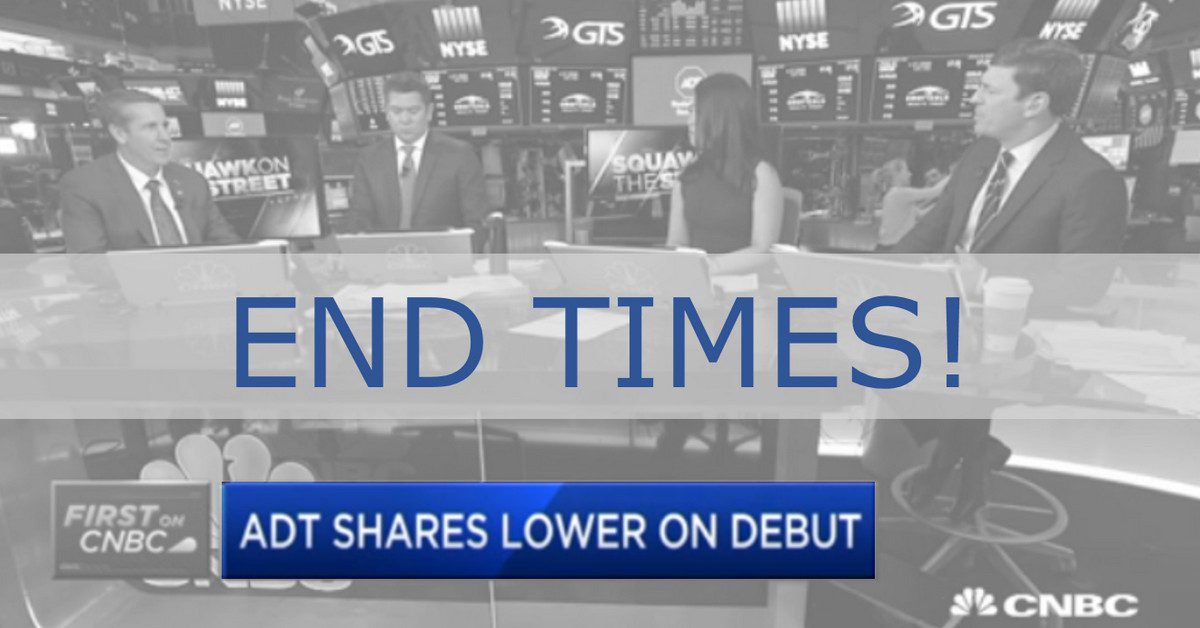 CNBC challenges ADT CEO Tim Whall to explain the security and home-automation giant's lackluster IPO. At the end of the day, the stock's poor performance probably had more to do with the fact that money would be going to pay off leverage, and less to do with the market for professionally installed smart-home systems.

Did ADT jump the gun on an IPO? The previously public company was acquired by the private equity group Apollo Global Management just two years ago for $6.9 billion. In an interview with ADT CEO Tim Whall on IPO day, CNBC asked: Why the rush? Two years is an awfully short “gestation period,” as the host says …

Whall responded, in essence, that ADT just worked really fast, meeting “most of the five-year targets inside of two years.”

He added that “great progress” from employees led to “much better customer satisfaction, resulting in greatly improved cash flow to the business.”

Does ADT's lackluster IPO spell doom for full-service security and home-automation providers? Industry “experts” (who didn't ask CE Pro for our opinion) seem to think so.

The CNBC host suggested the proliferation of Internet-enabled products “would seem to lower the barriers to entry to those who would compete against the market leader ADT.”

Mentioning the contentment with his own smart thermostat, he wondered aloud why he wouldn't just use Nest as his “security” system.

It's the same old question the “pundits” have been asking for at least 25 years since we launched CE Pro. Whall acquitted himself nicely:

That last five feet of the home is important. It's a place where we shine 24/7, you know, having the technicians that are out there. The homes get more complicated all the time — getting something to work. I happen to have adult daughters who can get things fixed in my house but when they're off, it's a little harder for me so who's gonna come in there and keep things working for ya? Who's gonna help you understand … the Internet of Things devices in the home, making sure it stays working for you?

At this point, another CNBC host chimed in with a feeble and familiar challenge: Well what about Amazon? They have a lot of patents in the home security area.

Is there a genuine threat to the status quo in security and home automation? Most definitely. Is this reality the reason for ADT's weak IPO? Nope.

It's doubtful that either CNBC host really blames ADT's poor IPO performance on the demise of the full-service security/automation business. After all, Apollo still owns some  85% of ADT even after the IPO.

The CNBC interviewer actually answers his own question about the IPO when he says investors wouldn't be too excited that proceeds were mostly going to pay down leverage: “Those things don't always go over too well with investors ….”

There you have it.

Is there a genuine threat to the status quo in security and home automation? Most definitely. Is this reality the reason for ADT's weak IPO? Nope.

And besides, ADT is embracing the hybrid DIY/Help-Me market with multiple new offerings including a new solution with Samsung SmartThings. The company isn't stupid.