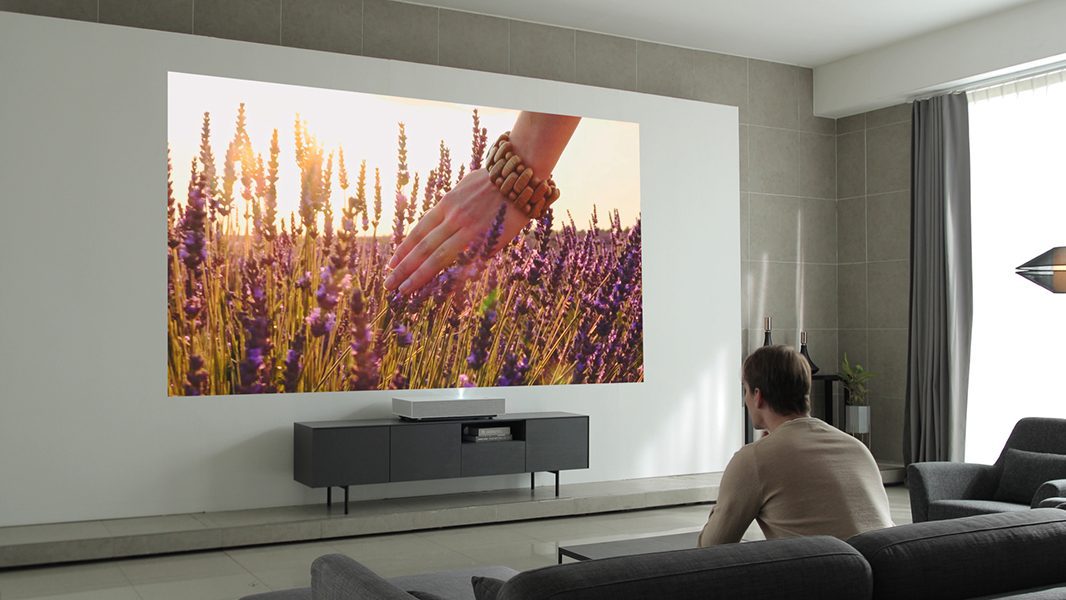 Featuring a minimalist industrial design, as well as a laser-light engine and a 4K resolution, the $5,999 LG short-throw CineBeam AI ThinQ 4K Laser Projector can comfortably reside in a range of environments.

The global electronics company states that through the short-throw projector's light output capabilities, which it says are as bright as 2,700 ANSI lumens, the LG CineBeam AI ThinQ 4K Laser Projector can project bright, vivid images in rooms with ambient light.

At the heart of the CineBeam AI ThinQ projector is a Texas Instruments (TI) DLP DMD chipset that employs an LG design of a three-channel laser for each RGB.

The use of its three-channel laser technology augments basic blue-laser light technologies by providing more accurate color reproduction, and LG says it does not lose color fidelity like color wheel-based projectors.

According to LG, the projector is able to accomplish its color performance through the addition of the red lasers and their ability to expand the color reproduction of the projector to meet Rec. 709 and digital cinema initiative (DCI) standards.

These technologies allow homeowners to connect to and search for content from services such as Netflix, YouTube and Amazon. The 4K short-throw projector can also search through broadcast television that's available on its smart TV platform.

Providing a choice of control options, the CineBeam AI ThinQ 4K short-throw projector offers IP connectivity to enable integrators to incorporate the projector into a wealth of control systems from brands such as Control4, Crestron and Savant.

In addition, LG also includes its Magic Remote. This remote control provides motion-based and backlit functions to offer a choice of control mechanisms to users.