For the next several days, CE Pro will highlight members of the CE All-Star Band, which will provide an evening of fun and music on Thursday, Sept. 12 at the CEDIA Expo 2019 trade event in Denver, Colo.
Robert Archer 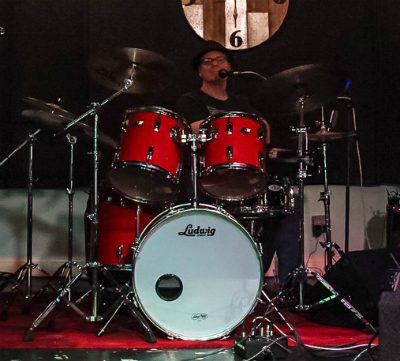 Drummers can be characterized fairly easily: There are technical drummers and there are groove drummers.

Arguably the most emulated drummer of all time is Led Zeppelin's John Bonham. Many would classify “Bonzo” as possibly the greatest drummer of all-time, and interestingly he also happened to be a groove drummer.

Citing Bonham and Starr as two of his biggest influences, Tim Bigoness of D-Tools holds it down for his Bay Area band Jam Daddy. Playing music since his childhood, Bigoness is like many musicians from his era, citing the British Invasion as the source of his musical path.

“I’ve always been a 'British Invasion' guy. My love for music started as a kid with the Beatles. My older sisters had Beatles records, and of course they had the Saturday morning cartoon show so I was hooked from a very young age,” states Bigoness.

“My grandfather played standup bass in big bands and was also a big influence on my interest in music. I actually started guitar lessons at 8-years-old, then quickly switched over to drums. As I started playing more seriously, Keith Moon, John Bonham, and Mitch Mitchell were my biggest influences—and yes, I was told more than once that my playing style was 'too busy'.

“In addition to private lessons, jazz and marching band, I joined my first serious band in high school, and have played in bands semi-professionally [as in not my day job] as well as some recording gigs ever since. I currently play out with my band JamDaddy a few times a month, mostly country clubs, wineries and private parties,” says Bigoness.

Those attending CEDIA Expo 2019 can see Bigoness play live as a part of the CE Pro All-Star Band. The performance will be on Thursday, September 12 on the Smart Stage right on the CEDIA Expo 2019 exhibit floor right after the conclusion of the CE Pro BEST Project Awards gala that starts at 4 p.m.