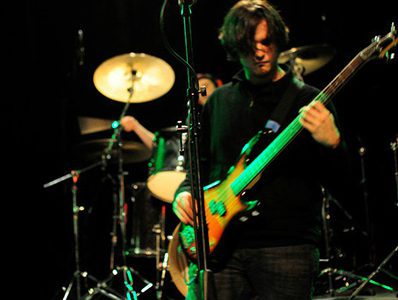 Kevin Kent of Harman Luxury Group brings his mix engineering experience from Robert Lang Studios to the world of custom electronics, and to the CE Pro All Star Band stage on Thursday Sept. 12.

Looking back at his youth, Kent says that while attending The Evergreen State College he played in a number of bands and was the audio intern responsible for managing the recording studios, music labs and performance spaces in the school's music program.

After graduating with a Bachelor of Arts in 2009, Kent became an assistant engineer at the world-famous recording studio Robert Lang Studios in Seattle, Wash., where artists as diverse as The Albert Collins band, Heart and Peter Frampton, to Bush, Liz Phair, The Foo Fighters and Nirvana have recorded.

Throughout his professional career, Kent has mixed, produced and mastered albums for various artists. Kent has also recorded as a hobby throughout his career working for audio equipment manufacturers that include Mackie and JBL.

Musically, Kent has played in numerous bands, most notably Pandementia and Drunk in the Garage. His musical influences include Stevie Ray Vaughan, Led Zeppelin, Black Sabbath, The Melvins, Les Claypool and Ministry.