Ethan Kaplan of Leon Speakers started on a traditional musical path studying classical music, but after an epiphany, he found joy as a singer and songwriter.
Robert Archer 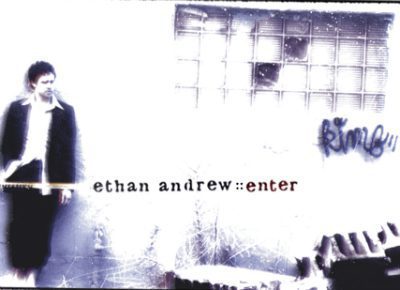 Like many kids that started music lessons through classical studies, Leon Speakers' Ethan Kaplan found his true musical calling as a teenager.

By the time Kaplan entered college at the University of Michigan School of Music, he realized that he wanted more from music than the study of classical music.

“My music career started while I was still in high school, playing keyboards in an early 1990s, East Coast, jam band phenomenon called Sunshine Spider. However, my musical journey started much earlier, studying classical piano from the age of six through my college years,” explains Kaplan.

“One day, while walking the halls at the University of Michigan School of Music I realized that classical performance wasn’t my passion and I set out to explore a new art as a singer/songwriter.”

Following his heart, Kaplan decided to play the guitar and through the instrument he says he found his voice.

Teaming up with a few writing partners including his brother Noah, founder of Leon Speakers, the brothers created a band called The Still.

Over the next five-plus years, The Still played hundreds of shows and released three albums. However, as life twists and turns, Kaplan says the band eventually parted ways in 2000.

At that point, Ethan launched his solo career and recorded an EP featuring all new music.

Kaplan recalls that at one point during his first trip to N.Y. in an attempt to generate traction for his album, he ran into his old summer camp girlfriend, Alli Groman, who was the head of Triple-A Radio promotion at ATO Records and College Radio promotion at RCA Records. Within a year, he says Groman left the music industry and moved out to Michigan.

A short time later Ethan and Groman got married, and from that point he put his music career on hold to focus on starting a new life and family that now includes two kids, Hannah and Bailey.

Today, Ethan and his family live in Ann Arbor, Michigan, where he and his brothers put their collective creative energies into “pushing the boundaries of art and audio at Leon Speakers.”

Keeping in touch with his musical passions, Ethan adds that every once in a while he makes an appearance in a recording studio or on stage playing with one of the dozens of musicians that work at Leon Speakers.

On one of his most recent musical ventures, Ethan co-wrote a song with his two daughters, called “Where the Gravel Meets the Road,” which he boasts should be a viral Youtube sensation as soon as it drops.

Moreover, he says that anyone interested in his music can find tidbits of his original music on what he says might be one of the oldest websites on the internet: www.ethanandrew.com.