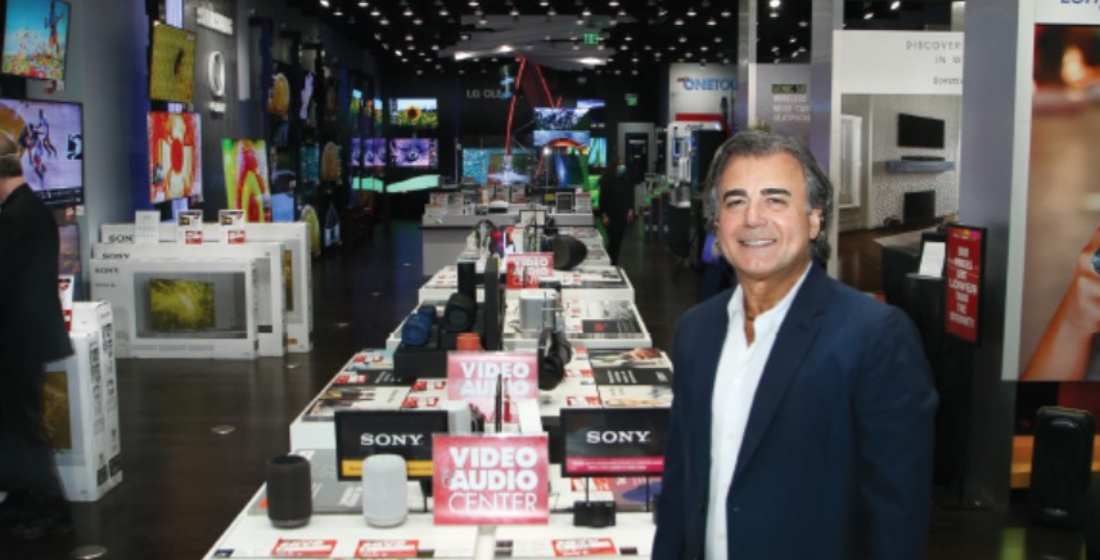 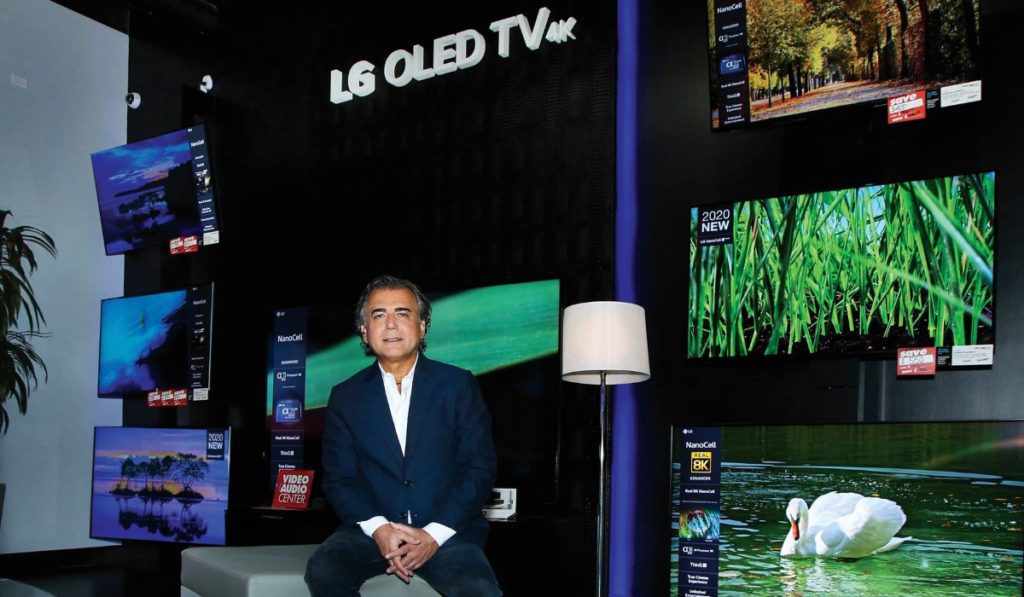 Just One Touch/Video & Audio Center is the example of what both consumer electronics retailers and custom integrators aspire to be. The Santa Monica, Calif.-based company run by Joseph Akhtarzad has carved a niche that combines the best of both high-traffic/high-volume CE retail with the intimacy and service of custom installation.

But the success wasn’t achieved by magic or by accident, it was earned with a solid work ethic, dedication to marketing, creative store design, conservative growth principles and an instinct for product strategy.

After 40 years in the retail business and 23 years in custom installation, Akhtarzad finds himself practically alone in the world of multi-location, privately owned hybrid retail/custom installation companies in the West Coast, as so many others struggle.

The company is consistently the top California- based company in the annual CE Pro 100 list of the largest custom installation companies in the United States, and among the top tier in the entire U.S. With five retail locations all around Los Angeles, Akhtarzad has fended o the dreaded “showrooming” trend by deeply integrating custom installation into his stores, and by providing service levels like same-day or next-day setup that Internet resellers simply can’t offer.

Meanwhile, the company is one of the few custom installation companies that actually dedicates a budget for marketing, from radio to TV to special events, enabling Just One Touch/Video & Audio Center to distinguish itself from other integrators. The accomplishments have others in the industry asking, “How do they do it?”

Like so many entrepreneurs in the custom electronics business, Akhtarzad’s journey to success was somewhat accidental. Fresh out of college from Nottingham University in England with a degree in electrical engineering, in 1981 Akhtarzad migrated to California to work alongside his brother Mayer in his retail store in Palos Verdes selling video games and video rentals.

“It was more fun to get involved in the retail side of the business, so I focused on that,” he recalls. “At the time, we didn’t even know there was a such a thing as ‘consumer electronics.’ Then, someone mentioned to us there is a big show in Las Vegas called CES where you can see all the new electronics. We had never heard of it, but my brother and I went and said, ‘Oh my God.’ It blew our minds. I got very excited to see all the gadgets — I love gadgets.”

Akhtarzad’s instincts immediately kicked in. First, he signed on to be a dealer for various CE brands. Next, he realized that while the 1,500-square-foot showroom was based in one of L.A.’s most affluent neighborhoods, it was isolated and hard to get to. So, Akhtarzad relocated to a much larger 10,000-square-foot space in a much more accessible location in nearby Torrance.

“Soon, we were the No. 1 dealer in the country for many of the brands,” he recalls. “I attribute that instant success to my understanding of knowing what the consumer wants and being able to showcase it. From day one, I knew we needed to always carry the hottest, trendiest gear … no matter what the price. Back then it was $10,000 camcorders!”

The success soon caught the attention of the Hollywood community, and it wasn’t long after that Video & Audio Center was supplying electronics for studios like Paramount and DreamWorks, as well as megastars like Michael Jackson. But Akhtarzad didn’t want to be a niche player just for elite clients.

“I wanted to build a niche that for was everybody — from the poorest person to the richest person. I wanted to carry electronics for everyone and for every budget,” he recalls.

“I was in business for two years before I realized we actually even had competitors. I never looked around to see what other companies were doing. The other companies were just ‘box movers’ and didn’t care about customer service. They just wanted to sell goods, but I didn’t want to just do that. I research every product to make sure what we are carrying is the level of quality that my customers and my friends would want. And based on that principle, my business expanded with more demand to the point where we now have five locations in L.A.”

Akhtarzad cites his conservative growth approach as one of his best business decisions, especially as other CE retailers fall by the wayside burdened by too many large-footprint stores. Until 10 years ago, Video & Audio Center only had two locations. Today, its five stores are strategically located to attract homeowners in affluent L.A. neighborhoods. The company’s Westfield Century City mall location, for example, is adjacent to Brentwood, Bel Air and Beverly Hills.

“I expanded very slowly and intelligently,” says Akhtarzad. “Before we did any expansion, I made sure we were going to be able to manage the business. I see other retailers adding lots of locations and I see integrators adding employees. Those moves add expenses. I advise other dealers to make sure they are doing the best they possibly can with what they have before they start adding expenses to their bottom line.”

“I realized that TVs were becoming more complicated, and with flat panels coming along, I realized that eventually there would be a TV in every room of the house,” he recalls. “I knew that the TV was going to be the focal point in every home. We kept getting requests from customers, including Michael Jackson, to set up their AV systems and many of them needed an equipment rack. So in 1998 I decided to open a separate 5,000-square-foot showroom in Santa Monica dedicated just to custom installation. It was a bold move and very expensive real estate on Wilshire Boulevard. We built a brand-new showroom with a home theater, kitchen, master bedroom and other areas of the home.”

The name Just One Touch was Akhtarzad’s emphasis on the ability to control all the technology in the home simply via a single interface. That idea led him to add Crestron as his first control manufacturer. Soon, Just One Touch was using the showroom to teach classes to homebuilders and host wine-and-cheese events for clients. Eventually, Akhtarzad realized that the Just One Touch installation service could be incorporated into Video & Audio Center.

“About seven or eight years ago, I noticed from our customers at Video & Audio Center that home integration and the smart home is what they were seeking. They didn’t want to have to come into a separate showroom anymore. Customers were not just asking about the products, but also asking us to ‘design’ the system by going to their home. They needed assistance. So, I realized that Just One Touch did not need to be a separate showroom anymore,” he notes.

That realization led to the evolution of incorporating a Just One Touch section into every Video & Audio Center store, and establishing a sales procedure that includes custom installation. When customers enter the retail location, the Video & Audio Center sales “concierges” are trained to engage them in conversation about their needs. Akhtarzad says every person in the organization is cross-trained as a sales concierge, “from the security guard to the cleaning lady to the cashiers.”

“Our sales concierges are just like a concierge in a hotel. They don’t know how to build a Crestron or Control4 system, but they know how to understand the customer’s needs and then hand it over to a project manager,” he says. “Within a couple of minutes of speaking with a customer, the sales concierges are instructed to bring up Just One Touch by noting, ‘By the way, we have an in-house custom installation team that can come to your house and make everything simple and easy for you and your family to operate.’ From that initial conversation, the next step is to have one of our project managers visit their home.”

Once the project manager schedules the appointment and tour the home with the client, Akhtarzad says it is not uncommon for the scope of the project to expand. “Instead of just one TV, it routinely becomes multiple TVs and the home network,” he notes.

One other byproduct from that close engagement with clients is procuring service agreements. Just One Touch aims to get a service agreement from every customer if possible, “even if they are not interested we will try, because I know that once we get into that customer’s home for any issue, the agreement will pay for itself. We aren’t selling a service agreement per se, we are selling the value of our business itself,” he adds.

To handle service, starting in 2000 Just One Touch/Video & Audio Center added a 24/7 hotline for clients. Lead technicians at the company rotate on-call to respond to inquiries. They routinely get back to a customer within 10 to 15 minutes, no matter what time of day or day of the week. Akhtarzad even responds directly when he can. He gets a voice transcript of every incoming call logged into his email that enables him to audit the response times.

Staying Ahead of the Curve 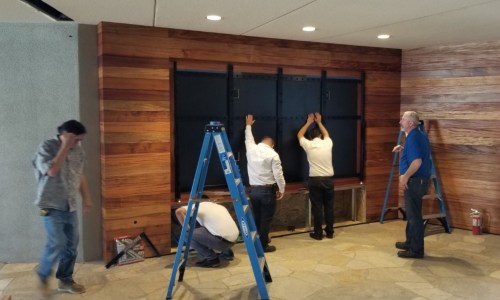 Because consumer electronics changes so rapidly, Akhtarzad focuses on staying abreast of the latest technologies. He works closely with the Home Technology Specialists of America (HTSA) buying group, and even has an internal R&D team to investigate the newest product offerings that includes industry veteran Tom Campbell, chief technologist for the company and a Consumer Technology Association Hall of Famer.

Campbell has been with the team for over a decade, while other employees have been with the company for 30 years. “As an integrator, you must always stay at the top of your game. You have to make sure you are bringing the latest and greatest to the market and constantly evolving. If you do not evolve or change, you will die. I learned that from my early days in retail,” advises Akhtarzad.

He says the changing nature of consumer electronics is the hardest element of this business. “In other businesses,” he remarks, “the value of your inventory doesn’t go down on a daily basis or become obsolete is a short time.”