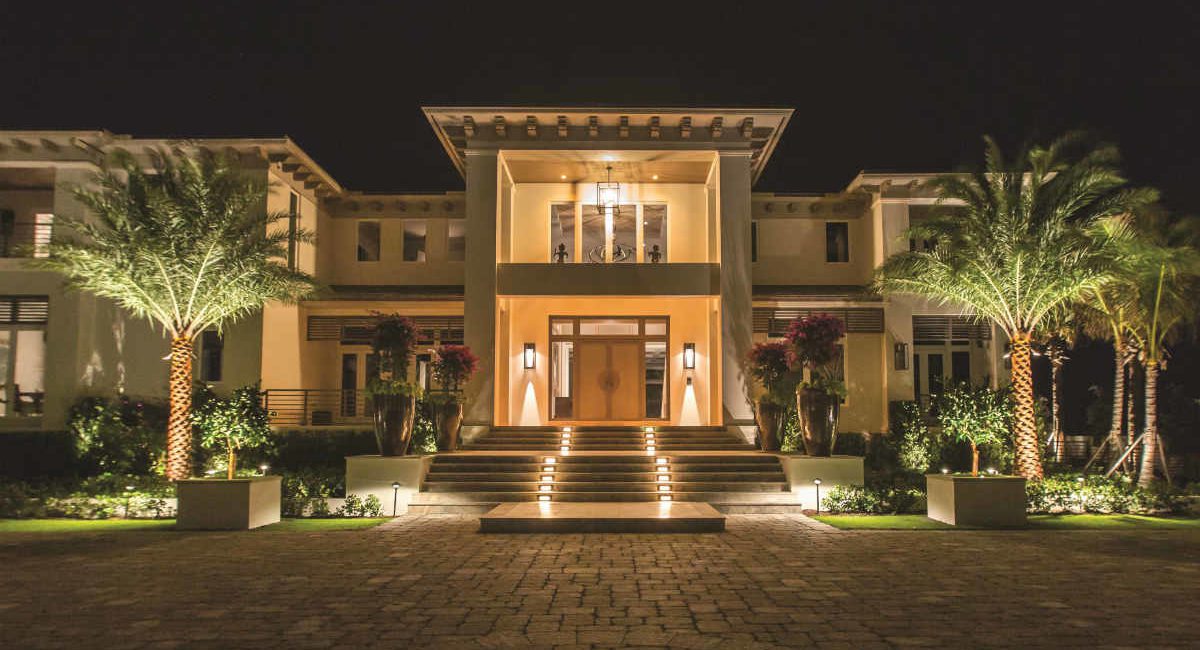 Luxury Illumination does 15 outdoor lighting projects per month, ranging from seven fixtures to 700. 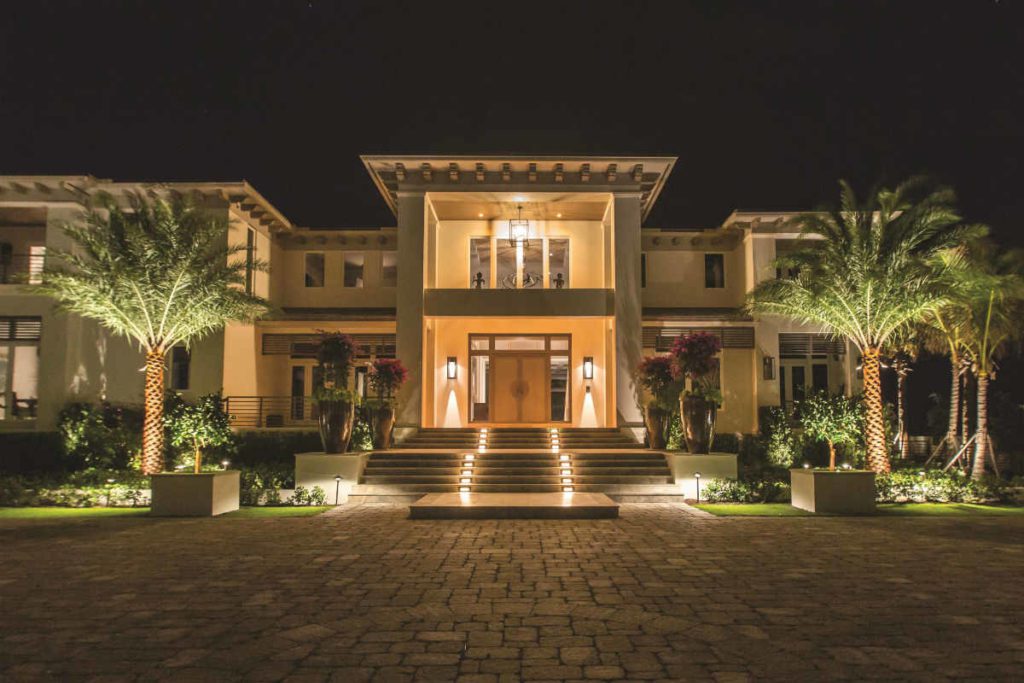 If you ask most integrators if they would rather dig trenches or crawl in attics, most would say they’d rather trench,” bluntly says Greg Matthews, president of Luxury Illumination, a West Palm Beach, Fla.-based integration company. And that simple truth is just one reason Matthews has molded his integration business around specialty landscape lighting.

Since forming five years ago, Luxury Illumination has seen its average number of exterior lighting projects surge to about 15 per month, while the average job size has also risen significantly.

The company was actually formed around the Coastal Source brand of landscaping lighting (and subsequent addition of outdoor audio). Luxury Illumination has performed installations as small seven lights and as big as 700 lights.

“Times have changed and people are spending more money outside,” says Matthews.

“Most new homes within a certain price-point range have some sort of land-scape-lighting budget already included. If not, we try to get in there and get that included right away.

“Even mid-level new homes in the $700,000+ price range have a $30,000 to $50,000 landscape-lighting budget that can be included by the general contractor. In some larger projects, we’re doing hundreds of thousands of dollars just for the lighting.”

While Luxury Illumination has enjoyed landscape lighting project success — thanks in large part to its relationship with Coastal Source — it’s a good time in general for integrators to capitalize on increasing consumer interest in both lighting and outdoor technology.

Per CE Pro’s Outdoor Technology Study published in April, the median number of outdoor jobs performed by integrators rose by 44 percent and the average cost spiked by 40 percent from 2016 to 2017; and of the top 20 outdoor technologies installed in 2017, landscape lighting ranked ninth and security lighting 11th.

“There’s a huge demand for it. People want to live outside nowadays, and they see that landscape lighting can totally change their yard,” Matthews says. “After they’ve invested all the money in the pool and the landscaping in the outdoor environment, they want to keep it going after the sun has gone down. It’s also a great investment for security around the home.” 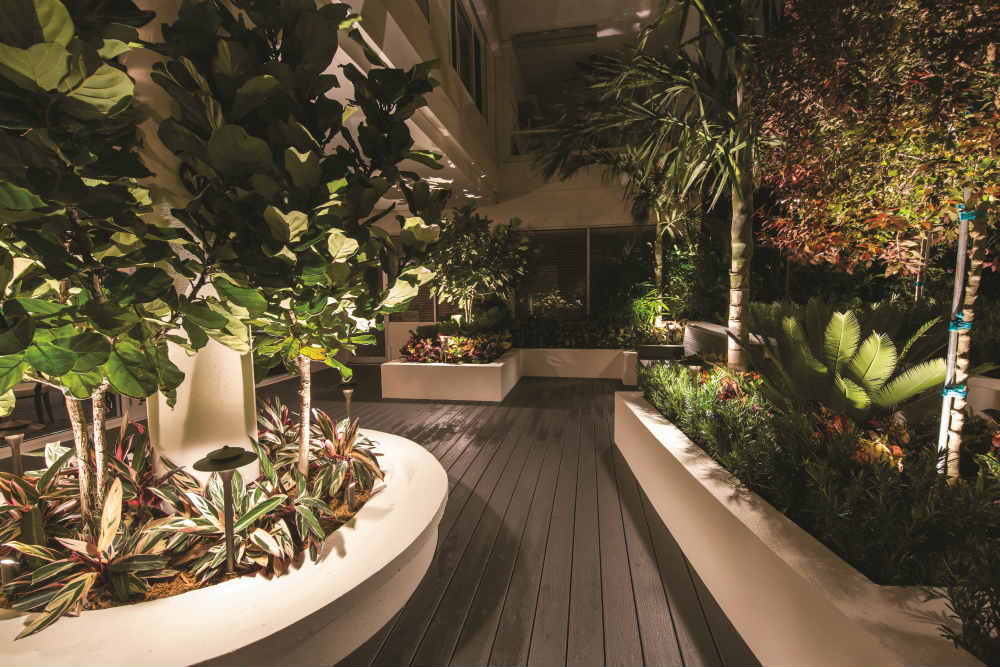 Matthews, who is a certified systems engineer from an IT background, also attributes much of the growth to the advancement of LED bulb technology.

“There has been a huge technology jump,” he comments, citing, in particular, the efforts of his go-to brand, Coastal Source, as a leader in the LED field.

The company was the second-most installed outdoor lighting control/fixture brand by integrators in 2017, behind Lutron, according to the Outdoor Technology Study. “Coastal Source designs its LEDs all from scratch. LED bulbs and Coastal Source’s products are filled with thermal epoxy, which makes them built for heat dissipation.

That means they are built to last longer and with a better light output. People are more inclined to purchase things that look better and last longer.” He notes that the low-voltage nature of LEDs allows him to design longer wiring runs with fewer hubs for junction points. “The system is a lot cleaner, and installations are a lot easier,” he explains. 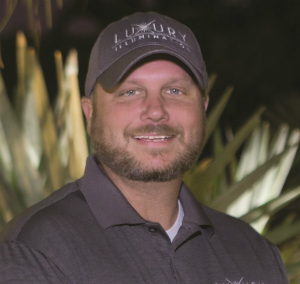 “There aren’t many places where you can actually learn about landscape lighting. One architect told me that he’d spent maybe one day, or up to a total of one week, learning about landscape lighting. And that training was not brand-specific. So he not only has the variables based on the brands to learn, but the technology has changed since he went to school,” Matthews explains.

“With our A/V integrator background, we know how to tie the exterior lighting into the switch legs and the control systems, or make it an independent system, which a lot of landscape architects don’t even want to think about. We’ve figured out different ways of working with landscape architects, but you have to know what you’re talking about before you try that approach.”

Overall, Matthews says the profitability of focusing on outdoor technology has been a good decision.

“It’s far more profitable than the other industries I’ve been in, especially since we’ve become very efficient at it,” says Matthews, who is also a Control4-certified integrator. He reiterates that most technicians would rather dig trenches for exterior wiring than crawl in hot, steamy Florida attics.

In the Sunshine State, the low-voltage regulation calls for buried cables to be just 6 inches below the surface, since there is no frost line consideration that integrators might find in other states, he adds. “In Florida it’s pretty easy — it’s all dirt and sand. We can install an entire system in one day sometimes, including the trenching,” he says.

“We have the right tools. You get the good shovels and learn how to work with the dirt. It sounds worse than it is.”

Luxury Illumination is also able to sell service and maintenance contracts for exterior lighting to 60 percent of its clients, but it’s not for what you might think.

“We are not doing much bulb replacement. Coastal Source actually warranties its bulbs for five years, and those bulbs probably are going to last 10 to 12 years, at least. So, if we based our service contracts on bulb replacement, we’d be out of business. Instead, we base them off trimming the trees around the lighting and cleaning the fixtures, especially cleaning the lenses of the fixtures,” says Matthews.

“We can go back to the same client either monthly or every three months to maintain their products because landscapers are not good around trimming things. Keeping the lenses clean is important; once there is calcium build-up from the sprinklers, it cuts the light output, no matter what kind of fixture.”

The contracts vary in cost based on the number of bulbs and other variables, such number of plants and how far away the home is located.

Another reason the service contracts are profitable is the build quality of the Coastal Source product, according to Matthews.

“There are a lot of differences between Coastal Source and other brands. I haven’t found another brand for which I can use the term ‘solid construction.’ The Coastal Source LEDs are so important because of the light output, but also they’re just a totally different look and interchangejustabiljusity,” he says, noting that he has also begun selling Coastal Source’s outdoor audio products too.

“Instead of having dissatisfied customers, just trying to be a troubleshooting company.”
— Greg Matthews, Luxury Illumination

That adaptability of the product line includes the ability to change the bulbs in the fixtures after they have been placed in the ground.

That’s important because many times, you don’t know exactly where plants are going to be placed (and which types of plants) so that affects the light.

“Instead of having dissatisfied customers, just trying to be a troubleshooting company, or a situation where you are losing your profit with continual callbacks, it frees me up to do what I prefer, which is designing new systems. These products work for a long time. It’s a different business model from a lot of A/V IT companies.”

View the slideshow to see more photos of Luxury Illumination's handiwork, and to learn more about Coastal Source's training opportunities.