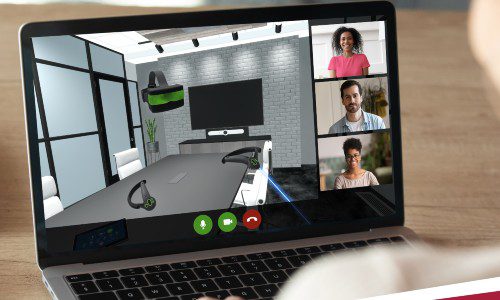 (Editor’s Note: This item has been updated to reflect the latest news)

Modus VR, a pioneer in advanced virtual reality software for technology integrators, designers, and architects, has launched Modus-as-a-Service, which the company first showed at its booth during InfoComm 2022 in Las Vegas and now will be exhibiting to residential integrators at CEDIA Expo 2022 (Sept. 29 – Oct. 1) in Dallas.

Residential & commercial integrators, consultants, and enterprises seeking to harness the full functionality, speed, and power of the Modus VR planning and design software technology, can do it on a convenient per-project basis via MaaS, the company notes.

Without any hardware investment or resident expert, integrators and teams can enlist the Modus VR platform and the expert team to host meetings and provide turnkey, real-time, immersive design work and output all-important accompanying project deliverables, the company explains.

Modus VR client service specialists will join client meetings via most any video conference software such as Zoom or Microsoft Teams. The staff engage in complete VR design of the customer’s residential or commercial space to the satisfaction of all attendant stakeholders, responding to their creative ideas and collaboration, in Modus VR’s 3D environment, the company says.

Attendees experience the real-time ability to look at their entire space, make immediate, informed decisions, and arrive at the best design for their project, while the Modus VR team does all the work. Integrators, clients, and trade partners can focus on aspects of their project such as display sizes, speaker placement, and smart home functionality. For enterprise sessions, Modus VR can demonstrate things such as camera views, optimum screen sizes, seating, and furniture placement, microphone pickup, and more. 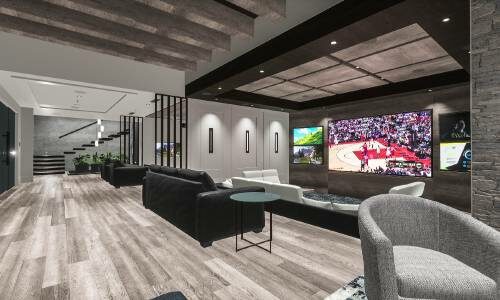 “The magic of our new Modus-as-a-Service offering lies in the ability for the integrator and their customers to focus on their creativity, idea sharing, and solving problems, while we do the design work alongside them in our 3D environment,” says Ken Brueck, co-founder of Modus VR.

“This new option means integrators don’t have to invest in VR hardware to gain all the benefits and wow-factor that Modus VR is known for. They can set up hosted meetings with our experts whenever it works for them and be productive immediately.”

Within minutes after the meeting, Modus VR can provide all project deliverables such as the Modus 360 URL (with a full, 360-degree view of the designed space), Modus Docs, and the space or room design file, plus 3D renders from any angle in the space.

“We’re finding project stakeholders can reach alignment during a single, immersive MaaS session, replacing what otherwise would have required weeks of back and forth to complete.”

Announced at InfoComm by the company, four new commercial manufacturers have joined the Modus Match Partner Program that was launched in December 2021.

Additionally, Modus VR has announced its upcoming software release that will add many new products and delivers on an integrator-requested new Bill of Material (BoM) generator.

The latest Modus Match manufacturer partners are Jabra, Snowsound, Q-SYS, and Yamaha UC. The program expedites and facilitates the addition of partners’ products into Modus VR for use by all subscribers, and those who opt for the aforementioned Modus-as-a-Service turnkey project assistance.