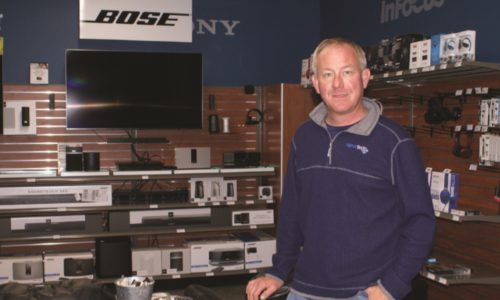 Integrators’ businesses today are more diverse than ever, and that means they need software that can handle that diversity. CommTech in Pierre, S.D., is precisely one of those low-voltage businesses.

The 21-person company handles both commercial and residential installations, has two locations (soon to be three) spread across the state of South Dakota, has a retail store, and is expanding its recurring monthly revenue. That broad range of needs led the company to adopt iPoint as its software solution and resulted in a 78% faster billing cycle, among many other benefits.

“We kind of do it all. We do anything from putting the cable in the wall to installing wireless access points, routers and firewalls… and everything in between,” says Chris Anderson, owner, who began working for the company, then called Eminent Communications, in 2005 and purchased it in 2010.

Being a jack of all trades is a necessity given the potential limitations on growth based on population. Pierre, the capital of South Dakota, has a population of 13,600. That’s one reason the company expanded into Rapid City, 175 miles to the West, several years ago. CommTech is now the midst of opening a third location 160 miles north of Pierre in Aberdeen, S.D.

About 80% of CommTech’s business is commercial work, with the education, small to medium business (SMB), correctional, and the government sectors among the vertical markets where the company plays. CommTech has even installed intercom systems at three local U.S. Air Force bases. On the resi side, Anderson says the move to Rapid City is helping to expand its home automation, security, audio and video business in the Black Hills.

Moreover, CommTech has a walk-in retail element to its business, where patrons can buy a TV, computer or audio system. Lastly, the company is growing its service contract business with monthly or yearly maintenance contracts with customers.

All that complexity has made the company’s software journey a bumpy one. Its first business management software system worked well, but did not have the ability to support a retail presence.

“I needed something that could utilize UPC codes. The software we had could not do that, and the software company said adding UPC code capabilities was not on its development roadmap at all,” Anderson recalls.

That deficiency led Anderson to another well-known software company, After paying a consultant to train the staff for six months, CommTech flipped the switch on the software.

“It didn’t work very well. It was clumsy, it was cumbersome. Things were hard to find. The integration with Quickbooks wasn’t right either. We were getting stuff in Quickbooks that shouldn’t have been there, and we couldn’t figure out why. In my mind, it wasn’t very intuitive. Our technicians were having a hard time with it, so we were clearly not taking advantage of all it had to offer,” he adds. 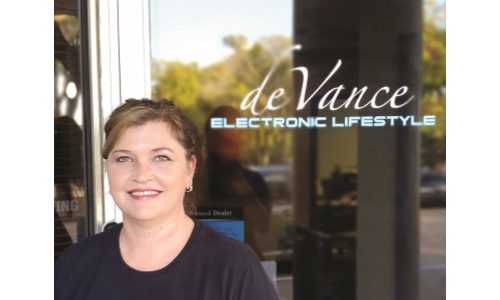 Related: How to Manage Daily Business in a Digestible Form

In February 2018, CommTech moved to iPoint. After just six weeks of training, the company was live on the software.

“The way it flows just fits our business. We do everything now in iPoint. When a salesman is getting a proposal ready… it is in iPoint. When the proposal is approved, it becomes a sales order in iPoint. All the equipment purchase notifications are sent out, the project manager is notified in iPoint. Then all the billing is done in iPoint and finally it ends up in Quickbooks for accounting purposes.

“It used to take us 30 to 45 days to close out our billing at the end of the month. Now it takes 10 days. It is amazingly smooth and easy. Everything worked right out of the gate. If we had a question or problem, they would answer it. If they didn’t know the answer, they’d find the answer and fix it. We had not experienced that with our other software vendors,” says Anderson.

He pinpoints the Quickbooks integration as one of the most impressive aspects.

“Quickbooks is hard to integrate, but in iPoint you can actually delete and change invoices and the software will communicate that back and forth with Quickbooks. There are not many other software offerings that can integrate with Quickbooks as well as iPoint. Plus, the new app is easy, fast, and works. I also like that they are always adding new solutions, like Morning Coffee,” says Anderson.

The software also tracks the company’s service agreements and RMR billing. In terms of the UPC codes for retail, iPoint handles that, as well as the inventory needs in each office location