Nationwide Marketing Group's PrimeTime business conference and trade show will now be held October 27-29 and will be free for members and guests.
Jason Knott 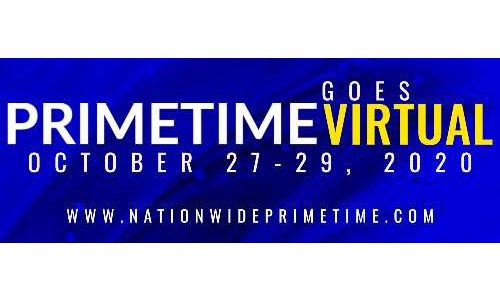 Nationwide PrimeTime was originally delayed from August to mid-October, but now will be all online.
Article:
Associations/Buying Groups | Events
August 24, 2020

Originally slated for Las Vegas in August then later moved to be an early October event, Nationwide Marketing Group‘s PrimeTime trade show and conference will now be an all-digital affair.

The buying group announced that the online event, which will be held Oct. 27-29, 2020, will be free for all Nationwide members and guest attendees.

Tom Hickman, Nationwide’s president and chief member advocate, says that while the decision to forgo a face-to-face PrimeTime in favor of an online convention was difficult to make, it was necessary for the health and safety of everyone involved in the wake of the coronavirus.

“We were all hopeful that delaying PrimeTime until October would allow us to still gather in-person again this year,” Hickman explains. “Unfortunately, due to the ongoing coronavirus pandemic, it simply isn’t possible for us to safely bring thousands of people from across the country together right now. While we’re disappointed to have to delay our face-to-face gathering, we are excited about the benefits that an all-digital format will provide and look forward to serving our members with excellence.”

Originally scheduled for early August in Las Vegas, PrimeTime was moved to the middle of October to allow for the fine-tuning of safety protocols and better inventory opportunities from vendor partners. However, guidance from the U.S. Centers for Disease Control and Prevention and the World Health Organization still recommend against large-scale functions, and gatherings of more than 50 people are also still prohibited in Clark County under Nevada’s Phase 2 operations.

Although this will be the first time that PrimeTime has been held completely online, the event is one of several virtual experiences Nationwide Marketing Group has held exclusively for its members this year.

In April, the group sponsored its Furniture Market Live, an online buy event for members designed to fill the void left by the cancellation of the spring High Point Market. And the group is currently hosting PrimeTime Early Access, which features advanced buying opportunities for August and September across all major categories – home appliances, furniture and bedding, consumer electronics and outdoor entertainment – just in time for the holiday shopping season.

While PrimeTime will be held entirely online this fall, Melissa Stenson, Nationwide’s vice president of member experience, says attendees will still enjoy educational opportunities, valuable peer-to-peer networking and access to millions of dollars in Cash Back and show specials during the PrimeTime virtual trade fair.

“Our virtual PrimeTime event will offer a highly entertaining and educational experience for each attendee and will include multiple opportunities for engagement, such as private chat functionality, Q&A sessions and live polls,” Stenson explains.

“Plus, we’ll be capturing the content we share during the event and making it available on-demand for members to watch – or rewatch – at a later date. We look forward to seeing everyone online and celebrating the resiliency of the independent channel in October.”

Registration for the new digital PrimeTime experience will open soon at www.nationwideprimetime.com.