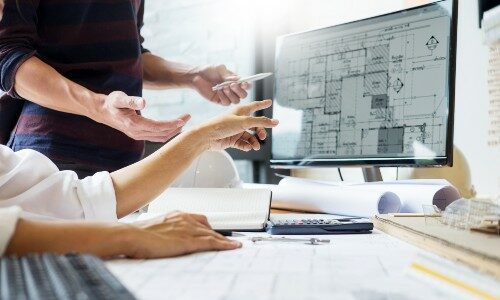 In construction it is understood that a contractor cannot possibly give you a price to build your house, hotel, or stadium without a detailed set of plans with which to create that price. You would never ask, “What is your price for a house with five bedrooms, wood floors, and high ceilings?” The builder would have no idea if this should be a $100k house or a $4M house. The builder would refer you to an architect to put together a set of drawings from which they could then develop a price.

And yet in the AV integration industry we’re commonly being asked by the potential client, “Give me a price on a nice system with great features”. To prevent you from designing too nice a system, they may mention that they are getting prices from other vendors. So they are literally asking a handful of professionals to each design their own systems with enough detail to then assemble prices for those systems.

One proposal may be a fantastic and reliable system at an aggressively low price. The next may be a very questionable system which is overpriced, but a bit less than the first. The client has done a terrible disservice to themselves as they may chose the questionable system over the solid one at nearly the same price.

“Comparing apples to oranges” is not just a saying, it’s for real. Neither the client nor the integrators can benefit in that random and haphazard environment. Each vendor could spend days on their designs before they can even begin to do the job of estimating them.

This is called “designing for free”.

Giving away your design in the form of a full line-item proposal allows anyone with any amount of AV experience to reverse engineer your design to a large degree. Either the client hands it to another integrator to bid on (which happens every day), or they build it themselves. It is important to set limits, so here are a few things to keep in mind when discussing project plans with a client:

Free Estimates Are Good, But Free Designs Should Be Avoided

I have no problem with free estimates. I also have no problem bidding on fully designed projects where there is only a moderate chance it will be won. This is what estimating is. But free designing? No. Your design is intellectual property resulting in a lot of expertise and work that should never be undervalued. Winning the project is not enough – that design should never have been done for free. 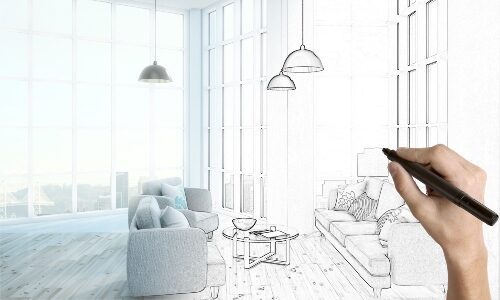 To be clear, there are plenty of clients paying consultants for designs, which go out for bid with a clean process. These are projects where the client or architect has a strong desire to ensure the same standards in AV that they do with their electrical systems, plumbing systems, and everything else that goes into a building that needs to be well-designed before going out to bid.

I’m bringing this topic up because over the last several years at Jetbuilt I’ve talked to many integrators, large and small, who are frustrated with this issue. Even when they hold firm to not design for free, there are plenty behind them that will, so the clients move on to them. You can watch the “Are You Designing for Free” video webcast to hear some of these stories and their solutions.

When you know your value, you can always find a way to express that to the client. If you do a good job of expressing that at the phone call stage, then perhaps they like you. Perhaps they trust you. And then you tell them something like, “Now if you like all of that, it’s going to cost a little bit for me to spin this up, just like it did with your architect. We’ll create a design for you that will work really well in your space and then we’ll bid on it. You can have four other companies bid on it if you like, and we’ll all be bidding on a proper design.”

Finding and Adapting to the Right Solution

Clearly this doesn’t work for everyone, but in the last 5 years, I’ve seen a number of integrators adopt a form of this concept so it’s worth sharing.

I know the average client isn’t prepared to spend $20k+ for a full design package with schematics, details, elevations and electrical details. So the approach I created was a nominal consultation/design fee. We charged $2000 then credited 75% of that back to the job if they went with us, so they would only pay $500 for that initial “exploration” phase of the process.

I would go to the site and spend several hours with them. That consultation alone gave them countless ideas and elements they could consider or should avoid. Much of this could and would be used to inspire future meetings with other integrators. That didn’t bother me because my value and trust was being established, and I had been paid for it.

I left with my critical measurements and could still afford time to design them a conceptualized system. I would model the speaker and lighting systems, populate the correct items into Jetbuilt, and write up a findings report, then email a detailed proposal outlining the values with detailed, broken out costs.

We know that $2000 doesn’t cover the cost of a full design. The proposal itself always included engineering costs, which could be several times the consultation cost (full drawings would be created as part of the contract). The $2000 was simply an attainable number that we were able to get a majority of the time. It was enough to get some skin in the game from the client. A financial investment is one of the best ways to pre-qualify a client.

We can educate our clients, who then refer us to other clients, and so on. All of whom arrive knowing that this is our process. If we stand together, we have a chance of shifting this messy buying pattern for the better. Let’s get paid for our designs!