Why Bowers & Wilkins Is Back ‘Big’ at CEDIA Expo 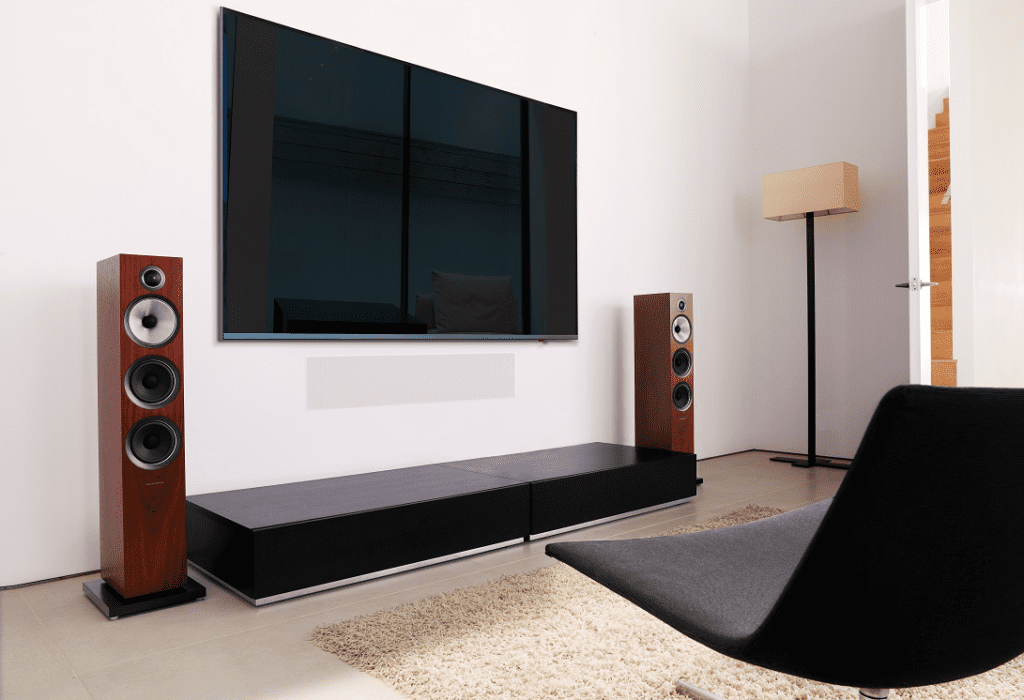 Why Bowers & Wilkins Is Back ‘Big’ at CEDIA Expo

“Big” is the operative term to describe Bowers & Wilkins’ approach to the upcoming CEDIA Expo 2019 in Denver. The renowned loudspeaker company will have a large 40x-20-foot exhibit space that covers the company’s entire breadth of loudspeakers for the custom installation channel, but more importantly, the show is the debut of a new channel strategy that offers more integrators a chance to carry the highly protected brand.

“We are going to go big,” says James Krakowski, Vice President of Sales, The Americas, for Bowers & Wilkins, when speaking of the company’s presence at the show. “The CI channel and the CEDIA community is extremely important to us. In order to show our commitment to that channel and to those integrators, we wanted to be on the show floor.”

Indeed, Bowers & Wilkins bigtime presence at CEDIA Expo emphasizes its big plans for the industry, which include an opportunity for more integrators to become resellers and installers of coveted Bowers & Wilkins products.

In the past, the company admittedly focused on hybrid retail partners who had the ability to stock products, as well as install them, as well as two-channel specialists catering to audiophiles. Today, the company’s focus is squarely on custom installation, says Krakowski.

“Integrators should follow up with us immediately after the show on how they can become a dealer for Bowers & Wilkins,” says Krakowski.

“We have so many great products right now and as the market and consumer habits evolve, we are hyper-focused on working closely with dealers and integrators to make sure that everyone has the greatest access and visibility to Bowers & Wilkins products. There are so integrators targeting very specific markets these days, and there is an opportunity for them to work with us to have access to our products, as well as access to our assistance in specifying best-in-class solutions for their customers.”

“The types of jobs and the level of detail that the CI dealers are doing have changed,” he continues.

“The market has evolved… it’s not about two-channel audio… it’s about creating the best audio solution for whole homes. We want to partner with those dealers today to put our products into those homes.”

The new channel strategy will coincide with a large booth on the exhibit floor. For the past several CEDIA Expos, the company had an off-site presence at the show, but this year in Denver it is ready to help integrators tell a compelling audio performance story using its broad lineup of loudspeakers.

“We’ve been leading innovation and performance in the passive speaker categories, and now the wireless speaker categories for over 50 years. It’s important for us to engage one-on-one with the CEDIA community, our existing custom install dealers and potential new dealers on what we’re doing,” says Krakowski.

The booth itself is designed so attendees will be able to walk through it and see the progression of Bowers & Wilkins’ offerings, which will enable integrators to offer good/better/best solutions for their clients.

The Formation suite of products will be front and center in the booth, along with an assortment of all Bowers & Wilkins’ speaker lines.

“Certainly, our new Formation line is top of mind as a flagship statement of Bowers’ innovation going forward, but what I really want CEDIA community and our integrator partners to see from Bowers is our entire lineup. We have some of the most amazing architectural speakers on the market, and those architectural speakers were birthed out of the performance of our box speakers.

Krakowski says CEDIA Expo 2019 also will be the coming-out party for the newly refreshed CI-700 Series speakers, which have been completely redeveloped with new positioning in the market.

The CI-700 Series has been consolidated by Bowers, which took the performance and engineering of its CI-700 box speakers that debuted two years ago and put that quality into architectural speakers.

The acquisition by Eva Automation several years ago has enabled Bowers & Wilkins to modernize its 53 years of audio engineering excellence, according to Krakowski.

“That modernization that Eva has brought to Bowers has helped breed ingenuity,” he says, pointing to the new Formation line as an example of that ingenuity. He adds that new headphones will be unveiled later this year that will bring the Bowers’ experience to the portable market.

“We are not only modernizing the products but also bringing ingenuity to the way we bring products to market. Trying to engage and go deeper with the CI community and with the CEDIA community is part of that… not direct to consumer, not cheaper products. It’s the same high-performing products that we’ve always been known for, but not necessarily always having to give all products to all dealers,” he says.

Krakowski says the new channel strategy will mean that more integrators will have access to certain lines of products, but not necessarily everything.

“In the past, if you were a Bowers dealer, you were a dealer for everything. That’s not necessarily the case going forward. Integrators who want to go really deep with our architectural speakers can do that.

“Core dealers who are focused on two-channel as well as CI will be able to do that also. The modernization from Eva Automation will help us maintain equilibrium as we build up the brand and the accessibility of the products with new channel partners,” he says.