Sonos is reporting strong quarterly earnings and as a result it is adjusting its EBITDA outlook.
Robert Archer
Sonos is reporting an earnings increase of 3% for the first quarter (Q1) of 2022 due to strong sales of products like its new $449 Beam Gen 2 immersive audio soundbar.
Article:
Audio/Video | Home Theater | Press Releases | Speakers/Subwoofers | Whole-House Systems | Wireless AV
February 10, 2022

The microchip shortage and supply chain woes put the brakes on Sonos (Nasdaq: SONO) revenue trajectory but the company still managed to increase sales by 3% in its fiscal year 2022 first quarter to $664.5 million. Sonos has historically been achieving 20% growth rates, so the 3% figure is well below its norm, but it still puts the company on track to achieve its 17th year of consecutive growth.

“We are pleased to have modestly exceeded our own expectations,” said CEO Patrick Spence in a call to investors. “”Importantly, we believe that we would have sold much more but for chip shortages that constrained our supply, as demand was, and continues to be, strong. Our operations team has developed considerable resiliency and we are well-positioned to deliver on our fiscal 2022 outlook, so we have increased the midpoint of our guidance to reflect this.”

According to CFO Brittany Bagley, Sonos revenues were constrained by the supply chain situation.

“Demand remained strong during the quarter, but we continued to be supply constrained on most of our products. These constraints were the main reason we didn’t run our typical holiday promotion, and they also impacted our results, especially in our core Sonos’ speakers product category. Clearly, our revenue growth during the quarter would have been higher, if not for supply constraints,” she told investors.

Bagley says the company still has a “significant backlog and low channel inventory” but the 3% growth number was better than expected during quarter due to Sonos’ strong logistics, which included using air freight instead of having product continually tied up in shipping ports.

Due to its strong quarterly performance, Sonos raised the low end of its fiscal 2022 revenue guidance range and adjusted EBITDA outlook, which it is now expecting to deliver 15% revenue growth at the midpoint and adjusted EBITDA margins in the range of 14.9% to 16.2% this year. 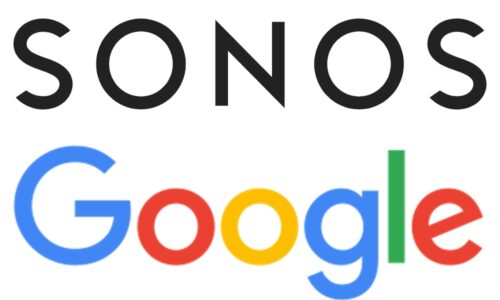 Speaking to investors, Spence noted that Sonos’ gear is now in 12.6 million U.S. households with the company adding 3.5 million new households over the past two years. He noted that the trend for increased in-home entertainment will continue, driving sales of both audio and video equipment. Spence calls the current climate “The Golden Age of Audio; Hollywood At-Home.” The company also noted it plans to release two new products every year.

Also on the investor call, Sonos chief legal officer Eddie Lazarus noted that the company expects the International Trade Commission ban on the import of Google products that were found to infringe on Sonos patents to begin on March 8.

“So, we were certainly pleased to see that the ITC affirmed the administrative law judge’s ruling that Google infringed all five of the patents that we had an issue in the case and issued a limited importation ban that we expect to go into effect on March 8. So, we’re certainly looking forward to that moment. And we do have a case quite active in Northern California against Google based on a second generation of Sonos’ innovations that is moving forward at this time,” says Lazarus.