Exhibiting in its back yard, the local Indianapolis audio company Indy Audio Labs and its Acurus and Aragon brands showed several products, including its ASPEQT EQ tool at the just completed CEDIA Expo 2021 show.

Showing new electronics for both brands, the company split its booth space and system setups by utilizing products from both Aragon and Acurus within its booth. Using KEF loudspeakers and its new ASPEQT room equalization (EQ) platform, which is available in products from Aragon and Acurus, the company demonstrated the capabilities of its new room calibration tool with several of its products.

“I’m here at CEDIA Expo 2021, and we’re excited to be showing some newer products that have been released over the last six to nine months. The one [system] that is right behind is our new Aspect room calibration system,” explains Santiago.

“It is a proprietary system that goes with our processors—the Acurus Muse and the Acurus Act 4; and actually an Aragon [preamplifier] that I will talk about in a different video. The Aspect system is designed to make it very simple for you to go in and optimize a home theater setup for your customer.”

On the stereo side of the Indy Audio Labs product line, the company’s Aragon brand just released its Tungsten two-channel preamplifier. 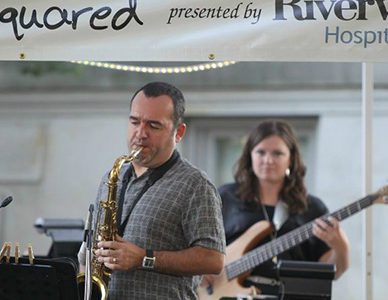 Aragon says that its latest preamp is the newest edition to its Elements Collection. The Tungsten preamplifier can be combined with its Iridium monoblock amplifier or its Titanium dual-monoblock Class A/B amplifier to form a high-performance stereo system.

Indy Audio Labs says that all of the ASPEQT-equipped preamplifiers offer integrators a means of optimizing a system’s performance and the interaction of loudspeakers within a home space.

The GUI-based software features a Wi-Fi-enabled measurement microphone IoT hub to support accurate room measurements, along with microphones and more.

The company adds the U.S. retail price for the complete ASPEQT measure software package is $2,549. The kit comes with a carrying case, along with four professional-grade USB measurement microphones, microphone stands, cable, and “mobile-ready” IoT control and processing end points.