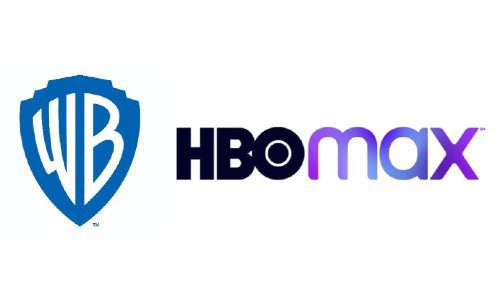 A deal between Warner Bros and HBO allows for day-and-date releases and a monthlong viewing window on HBO Max for 17 Warner Bros. films due out this year.
Article:
Audio/Video | Home Theater | News
December 3, 2020

In a move that would seem to have been unthinkable before the coronavirus pandemic, Warner Bros. announced it will debut all 17 of its scheduled 2021 movie releases on streaming service HBO Max on the same day they arrive in commercial theaters, multiple media outlets report.

How to address the shrunken moviegoing market amid COVID-19 has been a predicament that’s already led to studios such as Disney turning to its own streaming service for debuting blockbuster releases (such as “Hamilton” and “Mulan”) in 2020 that ordinarily would have generated huge audiences worldwide. An AMC/Universal Entertainment deal this summer had decreased the theatrical-to-home release from 90 to 17 days for on-demand viewing.

For 2021, Warner Bros. will deliver day-and-date movie releases to HBO Max for a one-month viewing window.

In her announcement, Ann Sarnoff, CEO of WarnerMedia Studios and Networks Group, calls the move a “one-year plan,” notes The Hollywood Reporter. But as we’ve seen home entertainment and home theater sales enjoy a surge during the pandemic, it represents another potential reason for consumers to call on custom integrators for their services.

“We know new content is the lifeblood of theatrical exhibition, but we have to balance this with the reality that most theaters in the U.S. will likely operate at reduced capacity throughout 2021,” Sarnoff stated in the announcement, per THR.

“With this unique one-year plan, we can support our partners in exhibition with a steady pipeline of world-class films, while also giving moviegoers who may not have access to theaters or aren’t quite ready to go back to the movies the chance to see our amazing 2021 films. We see it as a win-win for film lovers and exhibitors, and we’re extremely grateful to our filmmaking partners for working with us on this innovative response to these circumstances.”

In the meantime, as custom integrators consult with home theater customers they can also remind them of the various devices and services that support HBO Max, which recently added Amazon Fire TV and Fire tablet devices while Roku remains notably absent from the list.

Those with providers such as YouTube TV, Hulu, DirecTV, Verizon Fios, Spectrum, Xfinity and many more (find the whole list here) can access HBO Max as well as popular app stores.