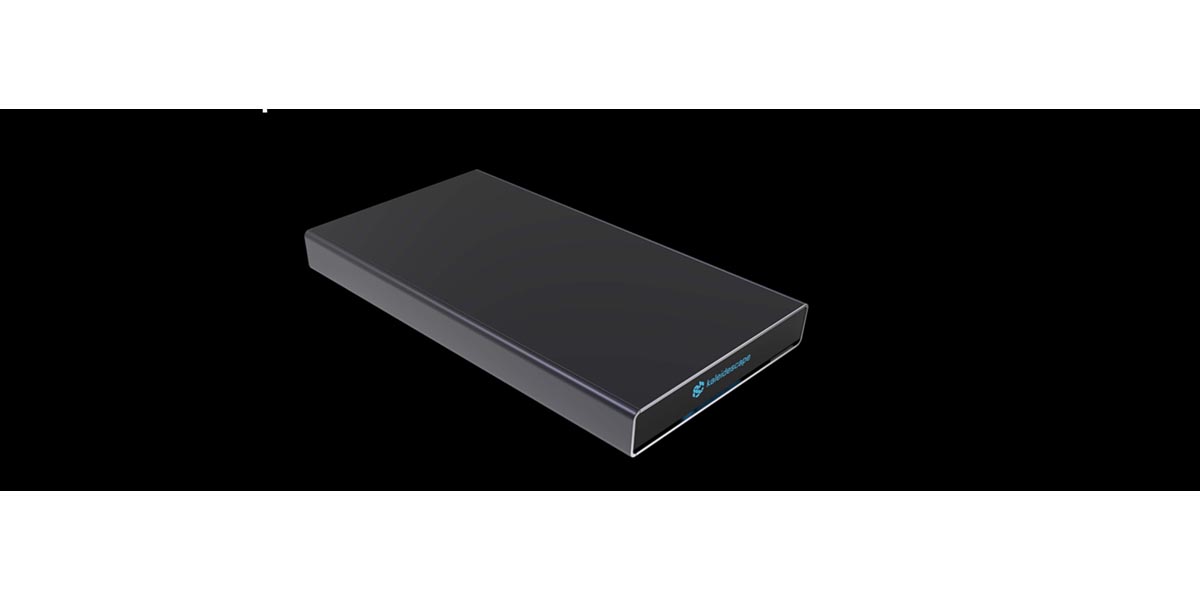 Kaleidescape's Strato C player and newly announced Terra 12 server is rack friendly and can be used to deliver the highest levels of audio and video content throughout a home. 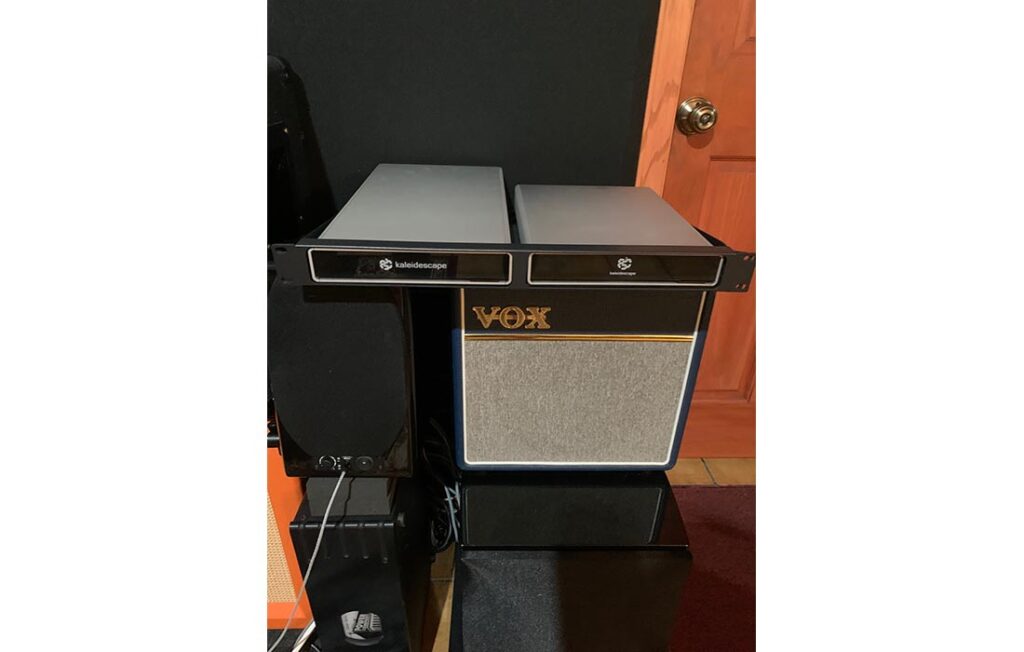 The home entertainment market is in an interesting point in time right now. Over the past few years, streaming has surpassed all other forms of media to become the preferred way to listen to music and to watch movies and TV shows.

The current situation in the world of home entertainment reminds me of something that former Bon Jovi guitar player and songwriter Richie Sambora said to CE Pro magazine years ago. Summing up today’s situation perfectly, Sambora explained that if someone gets used to in this case, low-resolution audio files, their ears will eventually get used to those lower quality levels.

These days the same thing could be said about streaming video. Yes, it does look and sound better than the content produced just a few years ago, however, streaming content does not compare to uncompressed audio and video content.

This is where Kaleidescape comes in. Founded two decades ago, Kaleidescape essentially has been delivering the same convenience that streaming services have been providing for 20 years without compromising audio and video quality.

Through its benchmark user interface, and current Movie Store, the company offers the best conveniences of streaming services, but it ups the performance ante with bit-for-bit uncompressed content.

Building upon those aforementioned interfaces and Kaleidescape Store benefits, the company’s newest advantage comes in the way of hardware.

The company has just announced its Strato C player and new entry level compactTerra 12 servers that are designed to complement the interface and store, while delivering improved infrastructure performance.

Sending me a Strato C player and Terra 12 server, I was able to use the system to listen to music and movies in my home theater to see for myself the benefits of the Kaleidescape ecosystem.

I would like to point out that to facilitate my review of the Kaleidescape components the company sent me its “demo system kit.”

Realistically, the demo kit was nothing more than a Strato C player and a Terra 12 server mounted to a single rack shelf. Each unit is a half RU size component, and each unit utilizes metal chassis that feels sturdy, along with front panels the light up with the Kaleidescape name and logo.

As I mentioned earlier the Strato C and Terra servers support the playback of uncompressed audio and video content that includes 4K with HDR and immersive audio that includes Dolby Atmos and DTS:X.

Kaleidescape specifies that its Terra servers can support any number of Strato C players, and as many as five simultaneous 4K UltraHD playbacks. In addition, a system’s storage can be bolstered by adding any number of full-size Terra servers.

The Terra 12 offers 12 TB of storage, and all of the components operate on the company’s kOS operating system, which enables the functionality of the system, as well as the system’s advanced content encryption that protects the intellectual rights of Hollywood studios.

Setup literally took only minutes. I started by running an HDMI cable to my Onkyo TX-NR787 receiver, then I ran Ethernet each from the Terra 12 and the Strato C to a 5-port unmanaged switch in my equipment rack. Finishing up the setup, I plugged both units into a Torus Power AVR-20.

The only other thing I did was download the companion Kaleidescape app onto my iPhone. Once the app was on my phone it quickly discovered the system. The app provides a control option and access to the Kaleidescape Movie Store.

Before I get into the performance of the system and my experience, I want to point out the rest of my system. I also use an Epson Pro Cinema 6050ub projector, along with Aerial Acoustics left, center and right loudspeakers; Emotiva side and rear speakers, and Atlantic Technology height speakers.

I also use a Dish Hopper 3 set-top box (STB); a 4K Apple TV, and a Panasonic Ultra Blu-ray disc player. Connecting my source components are MetraAV HDMI cables, and a FBBR fiber-optic HDMI cable is run from the receiver to the projector.

After getting the Kaleidescape system integrated into my home theater I watched Wrath of Man, which is a new Jason Statham movie. I immediately noticed how deep the images were and the richness of colors and just how different this looked vs the streaming content that I admittedly watch in my theater most of the time.

On the audio side of the home theater equation, the DTS:X soundtrack sounded much more dynamic, less compressed and much louder than the audio I get from streaming and broadcast content.

Checking out some live music videos that reside on the Kaleidescape system, I watched Def Leppard: Hysteria O2, Eric Clapton: Slowhand at 70, and the Live Aid scene from Bohemian Rhapsody.

It was interesting to hear the approach each video had towards the audio mix. In the Def Leppard video, the audio was mixed as if the listener were in the middle of the crowd with lots of space. The Clapton mix, however, was much more traditional and was treated almost like a standard multichannel sound stage. The Queen Live Aid recreation was somewhere in between the Def Leppard and Clapton mixes. What was nice is the bit-for-bit quality of the system allowed me to hear these differences.

One thing with the Bohemian Rhapsody Live Aid video is that I think the crowd scenes where the camera pans the massive stadium crowd is a good torture test for video processing. As the camera moves across the screen it is easy to induce motion artifacts, and I didn’t see any noisy sequences in that video through the Kaleidescape gear.

Allowing me to find the variety of content stored on the Terra 12 server is Kaleidescape’s excellent user interface. The company’s kOS allows users to choose within their “My Movies” library to browse using an alpha list; cover art or by their movie collections.  The interface also enables access to the “Movie Store,” “Parental Control,” and “System.”

The store provides access to Kaleidescape’s library of movie and TV show titles for rent or ownership, while parental controls are pretty self-explanatory in what it offers. The system provides information that relates to items such as how much of a movie is downloaded in percentages, the approximate time left to complete a download, and specific technical information on content titles such as its multichannel audio format, aspect ratio and resolution.

Trying the download for myself, I rented F9: The Fast Saga. Using my Access Networks and Comcast 600Mbps broadband service it took about 20 minutes for me to download the two-hour, 20-minute movie in 4K with HDR and Dolby Atmos.

Circling back to my system and my Onkyo receiver in particular, I did experience some reliability issues where the picture would drop out momentarily. After experiencing this problem with several movie titles and trying to solve the problem by swapping out unmanaged switches, I contacted the Kaleidescape team. Using the remote capabilities of its platform, the company’s engineering team was able to determine the issue was HDMI related. 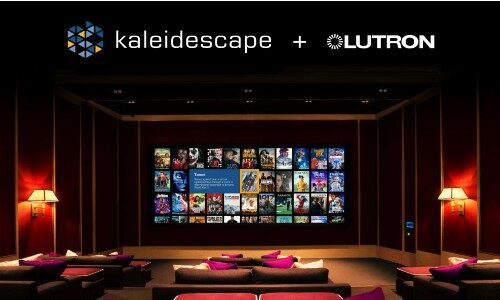 Anyway, this suggestion solved the issue. After going through this troubleshooting process, I came to the determination that maybe the age of my receiver—I believe it is a 2018 model—and the high-bandwidth content produced by the Strato C and Terra 12 was too much for the video processing technologies incorporated into my receiver.

With the video dropout issues solved I was able to watch F9: The Fast Saga without a problem.  The nice thing about the Kaleidescape Store’s rental options is that once a title is purchased for rental, the homeowner has 30 days to watch his or her download before the rental expires. This long rental window gave me plenty of time to address my system issues and watch the movie.

I’ll add that F9: The Fast Saga, like the other content I watched, looked and sounded fantastic—and reaffirming my initial thoughts about the quality aspect of the system—there is no way any streaming service is going to match the level of picture quality and audio fidelity Kaleidescape delivers.

Sending the system back will be a sad day in my house. It provides everything that I want from modern AV sources: convenience and the highest levels of content quality. There are some caveats with that quality—specifically I think that the infrastructure supporting a Kaleidescape system should be completely up-to-date, and in the case of a network, a robust network would be helpful.

If those pieces are in place, however, Kaleidescape’s Strato C and Terra servers provide the highest levels of performance available to homeowners and it’s not even debatable.

Kaleidescape represents the present and future of the home AV market. Through the product line’s cutting edge kOS operating system, user-friendly interface, and quality of content, I cannot see any reason why these systems shouldn’t be a part of any discerning home entertainment system.