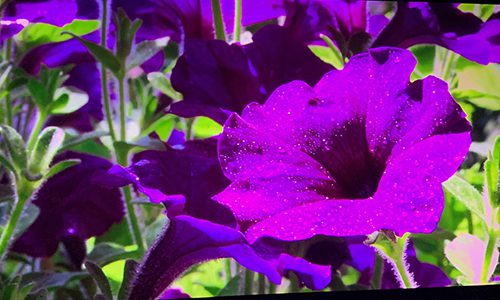 With all due respect, it can be a much easier task for manufacturers to create high-performance products if the final price of these products isn’t an issue. The engineering it takes to produce a product like the Epson Pro Cinema 6050UB that balances price and performance— two considerations that many consumers look for these days—is an entirely separate feat of R&D that Epson does quite well.

As I previously mentioned, the Epson Pro Cinema 6050 projector incorporates a number of Epson exclusive technologies.

Other processing technologies built into the 650 include Epson’s S2 pixel-shifting technologies that are engineered to “precisely control three high-definition LCD chips to parallel process millions of pixels of information.” The projector’s H2 HDR Processor is capable of providing 10-bit HDR processing via its ability to accept 100% of HDR sources.

According to Epson, the Pro Cinema 6050 can produce up to 2,600 lumens of white brightness and dynamic contrast ratios up to 1,200,000:1. Epson points out the projector delivers a 50% wider color gamut than what’s required with the HD specification of Rec 709 via its ability to produce a DCI-P3 color space.

In addition, the inclusion of the company’s 12-bit analog-to-digital processing is designed to help maintain image quality in real-time.

Setup in my entertainment system was not difficult.

After unpacking the unit, I simply placed the projector on a shelf I have built for projectors, which places the Pro Cinema 6050 about 11.5 feet from my 100-inch Stewart Filmscreen Phantom HALR 16:9 fixed screen.

I took a FIBBR HDMI cable from the output of my Onkyo receiver and plugged it into HDMI input “1.” I then plugged the projector into an APC UPS unit, and I grabbed the remote and put the batteries into the remote to complete the setup.

After setting the projector’s alignment and focus using the 6050’s motorized lens options—which are options you don’t typically see with a projector at this price point—I thought the images looked good straight from the box.

Realistically the projector did need some tweaks and after making some adjustments to its color settings, contrast and black levels, and turning off a couple of the image enhancement options that I felt were softening the image I felt satisfied with my results.

For the sake of transparency in my setup, the biggest adjustment I made related to the color temp, which in the Digital Cinema mode was a touch on the warm side. I eventually selected the “Natural” mode, which was on the cooler side.

I will point out that Epson’s processing options work well not to add noise to images, and overall the 6050 produces image smoothness that rivals projectors that cost several times its $4,000 street price.

Underscoring the points I was talking about with image smoothness, I often find compression artifacts with content stored on my DVR. Using the 6050, I think the processing minimized the compression blocking I tend to see with overly compressed content.

Watching the dimly lit “Godzilla: King of Monsters” Ultra Blu-ray disc, I thought the Pro Cinema 6050 did well to reproduce lots of low-level detail that in some cases can be lost.

Having the projector in my system for a few weeks I headed off to CEDIA Expo 2019 where I caught Epson’s excellent demo of the 6050 using content from “Guardians of the Galaxy Vol. 2.” Once I got back home, I wanted to see if I could approach the image quality that Epson showcased.

I am happy to say that I am satisfied that via using the Phantom HALR, which is an ambient light rejecting screen (ALR) screen material, I was able to reproduce similar levels of color brightness and image smoothness as the CEDIA Expo demo. I felt the Epson probably got a little more dynamic, brighter image, but I suspect they were using a matte white screen whereas with gray and ALR types of screens like the Phantom HALR may lose a little bit of white brightness. The benefit, of course, with an ALR screen is they provide much better performance within rooms with ambient light.

Admittedly, the comparison between Epson’s demonstration and my results were done purely from my memory of the images shown at the show, but they were fresh enough that I felt comfortable making the comparison.

Speaking of ambient light, watching video with the lights on within my room with the combination of the Stewart screen and the 6050 produced nice results.

Contrast did not completely wash out due to the combination of the Stewart product to block ambient light and the brightness capabilities of the Epson projector to deliver images that are bright enough for use in environments that video enthusiasts would consider less than ideal.

I also thought the projector rendered lesser quality images, like those found in the season one “X-Files” box set that was upscaled to UHD resolutions, with a nice level of smoothness and vividness that ordinarily may not have been there.

The projector looked equally as good with broadcast and streaming content. Sports are a huge litmus test for me because the action pushes the capabilities of image processing. Sports also provide us with colors that are easily recognizable. In my case, I am a New England Patriots and Boston Bruins fan, and watching their games provides me a good sense for the color accuracy of a projector and the 6050 is able to accurately reproduce these teams’ uniforms. 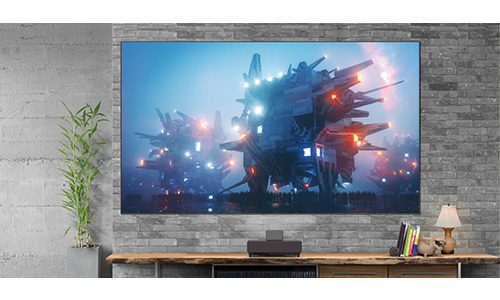 Skin tones and nature also looked impressive, which are also color issues I tend to look at because they are elements that we are all familiar with.

As you can probably guess, I really like the Epson Pro Cinema 6050. It does everything you would like a projector to do with a nice level of quality— brightness, color accuracy, image smoothness, low-level detail, black level—all for a reasonable price.

In fact, I liked the Pro Cinema so much that I purchased the review unit. It was time for me to replace my 1080p projector that I had been using for several years, and I could not ignore the value and performance of the 6050.  I’m sure that integrators who demonstrate the projector will find similar results to mine: The value proposition the Pro Cinema 6050 provides is too good of a deal to pass up for most homeowners.