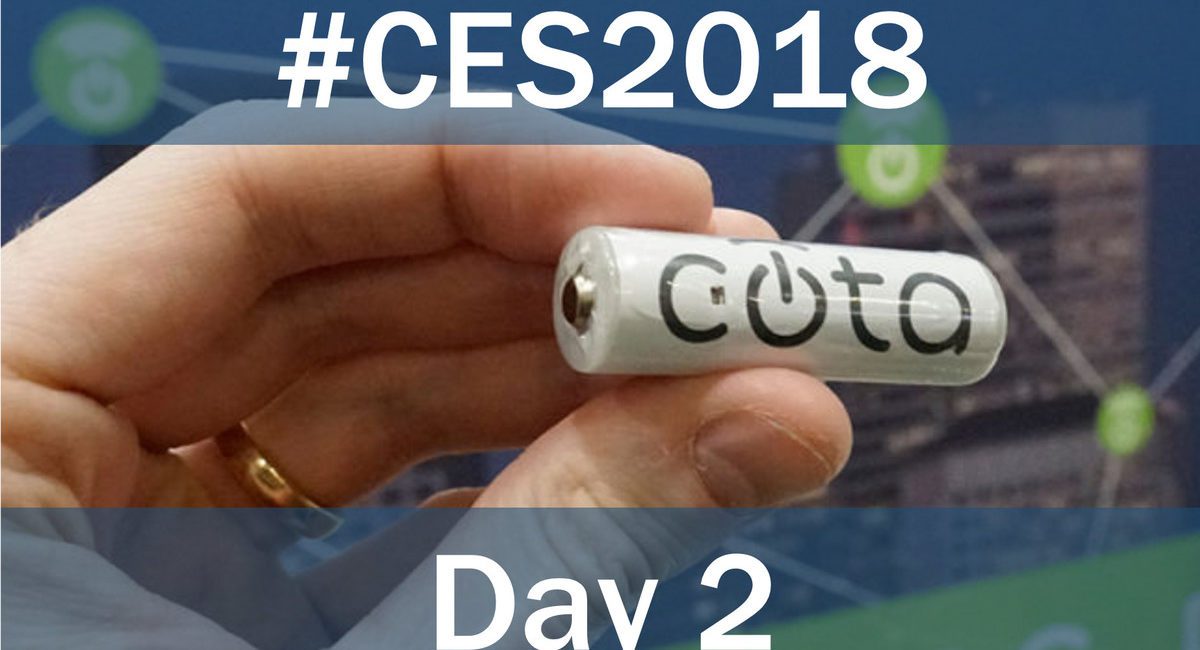 Day 2 of #CES2018 in Tweets: holograms, robots, IBM Watson, Google Glass and other news bits, photos and videos from around the Tweetosphere.

It's pretty simple to cover CES 2018 in Tweets this year because you get double the characters. While consumer electronics often get a lion’s share of the mentions on social media from CES, day 2 saw an increase in a variety of new applications for emerging tech.

From the classroom to preventing concussions, and making life a little more accessible for those with a variety of disabilities, CES 2018 day 2 saw some forward-thinking applications to developing technology. Of course, there are still cute robots, holograms, and just about as many television types as you can imagine. All this, despite a 2-hour blackout.

Google’s VR Scout should be in classrooms soon, using a blend of augmented reality and virtual reality to bring new meaning to “show and tell:”

Outside of the classroom and out on the playing field, Prevent Biometics showed off a mouth guard that can alert coaches or parents to potentially life-threatening concussion:

We made the @engadget Best of #CES2018 finalist roundup! Help us win People’s Choice Award as the first and only concussion monitoring technology that detects head impacts in real time. Vote here: https://t.co/E0e3VPujjT pic.twitter.com/C0i5PqjjfR

At home, a few small problems are met with innovative solutions. Over-the-air rechargeable AA batteries could help keep Bluetooth keyboards and mice running without the need to dig the batteries out of them:

This battery works the same way the internet is delivered by wi-fi. It recharges through the air. #CES2018 https://t.co/G5gbk9B1Qj

Metasonic showed off a sound proof window that lets in air, not sound, so you’ll never have to hear the construction workers’ radios outside of your office window:

Speaking of work, smart glasses make another appearance this year, with a significant update from Google Glass. This one’s from Vuix, with their Alexa-enabled Vuix Blade:

Right now, Vuix is focusing on industrial employees over general consumers. Hologruf showed off a new 3-D hologram system, which they say can be used for advertising:

One more for the workplace, Zero Mass water is hoping to change offices over from bottled water to far more eco-friendly water, sourced from hydropanels:

First session of the day “celebrating life-changing tech” and I have already found 2 amazing new technologys!@zeromasswater creating water from sunlight and air, as well as Focused ultrasound an alternative to major surgery for a number of conditions! #CES2018 pic.twitter.com/As6D1Hl4vD

A further focus on accessibility was on display, with some soft, self-healing robots that could potentially be part of a prosthetic limb in the future:

IBM’s Watson is getting in on the cognitive self-driving vehicle action as well with Olli, which they hope will assist riders with disabilities to enjoy greater mobility and an easier time navigating on public transportation:

A common problem for modern TV buyers is mounting (and the fear of a disastrous choice). LG may have found a way to keep your walls pristine (and your stress levels low) with a 65-inch TV that rolls up like a newspaper:

This new 65-inch television rolls up like a newspaper. #CES2018 https://t.co/LwQ0W9jZYK pic.twitter.com/uU7Su4Pbpo

On the opposite end of the spectrum, Samsung revealed a 146-inch TV that will take over your entire wall and dubbed it, unsurprisingly, “The Wall:”

We’ll never stop hoping for our own cuddly robot pals, and Sony’s new version of their dog Aibo is hoping to fit that bill. Aibo the robo-puppy can do tricks and is capable of learning. Whether or not it learns to chew on your slippers will depend upon what you teach it.:

Sony's new Aibo robot dog can recognize people in your family and do tricks like dancing or finding a bone https://t.co/L3mc60puhL #CES2018 pic.twitter.com/lfS6ibnaKD

Just like, in general, why do people stand in line? #ces2018 pic.twitter.com/6xHpYBMOMr

Well well well … My favorite sensor on the planet @enocean has an #OCF version. OCF is quite the surprise at #CES2018 . pic.twitter.com/PYfpDZUqhA

Thanks again to @juliejacobson for the story on our #FireSafety device at CES. Hope to see you at booth 51938https://t.co/PG9X3aokKo