HDMI Cable Power May Finally Give Active Devices a Boost

There is little doubt that HDMI Cable Power will positively impact AV integration of active devices, but those wanting to take advantage of this spec need to read labels carefully.
Jeff Boccaccio 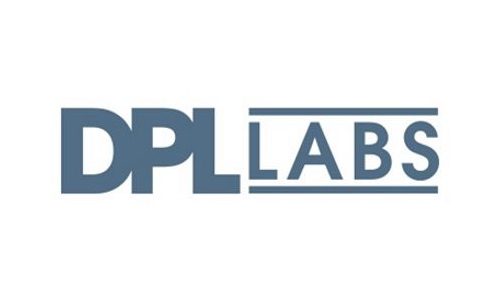 HDMI Cable Power May Finally Give Active Devices a Boost

It is amazing to me that the entire world had to wait all this time to finally get some extra power on the HDMI bus. And while it’s not necessarily a perfect solution, it will allow integrators the opportunity to use active HDMI devices such as active cables and fiber (AOC) in systems without the worry of not having enough power to operate them.

Just to recap, when the HDMI interface debuted it introduced quite a few firsts to an industry that for 50+ years worked under a somewhat antiquated television system. The move from analog to digital transmission was a huge change to an industry that quite frankly is very slow in making any changes, let alone a move to an entirely new transmission format. These changes included much higher bandwidths, and a transmission that had to take analog video signaling, convert it to a digital signal and then bring it back to analog again.

However, the goal was to not only provide a better TV with better image quality, but to make a standardized international format and deliver features and benefits that could never be taken advantage of in the analog system. One, for instance, was to introduce multiple video resolutions, from 720p up to today’s 48G 8K and 10K offerings. This is accomplished by a channel within the interface that allows source and screen to communicate with each other.

This “fly-by-wire” approach allows not only these features but even more for future development. The only downside is the inverse response between screen resolution and cable distance. The better the resolution, the worse the cable distance. This started becoming an issue in the 1080p days with data rates at 5G and up. To increase these distances, extender devices were used, and those types of active devices were employed inside and outside of cable assemblies. But they needed some form of power source — where did that come from?

The interface does in fact have an internal power source used to wake up the system and supply some crucial power to the display. But it’s not much, enough to power four or five LEDs. It was never designed to be used by an external device that pulled substantial current.

Getting Power Management Under Control

So how did all these active cables work for all these years? Well, in many instances they didn’t. It all depended on the source device and the amount of power each device delivered. The interface has power minimums, but that did not mean the source electronics that supplied this power couldn’t provide more. Almost every source device had different power minimums; some at HDMI limits and others way above. Many systems failed to function correctly due to insufficient power.

HDMI never offered any active cable certification testing, so integrators continued to implement them in any system they wanted. This goes for copper and fiber. It’s really very risky when you think about it. Even worse, supply problems do not necessarily cause issues at start up. Many active cables DPL tested had issues due to operating thresholds that varied over time. These can be due to thermal and consumption inconsistencies.

Related: The HDMI 2.1 Performance Revolution Is Finally Ready to Begin

Now in comes 48G with the highest data rate and shortest passive cable length offering ever, less than 10 to 15 feet! Now we have no choice, as active devices will be required to improve these distances whether they are copper or fiber. You would have thought that with the introduction of 48G this power issue would have been rectified, but it was not addressed.

So, all these AOCs installed out there are scrambling to get power management under control with external power or with more efficient active chips that use low current. We need a robust power source for any active device to perform correctly and never had it until just recently when HDMI added Cable Power to the spec to support these active devices.

But don’t break open the champagne just yet. It is unknown which companies will be offering this option. So how can the integrator know? You need to find a Cable Power label by reading all the features and specs on those source devices.