Issues in the 8K gaming community have shown the need for advanced cable testing, and now the 48G Reference Standard beta is available from DPL Labs.
CE Pro Editors 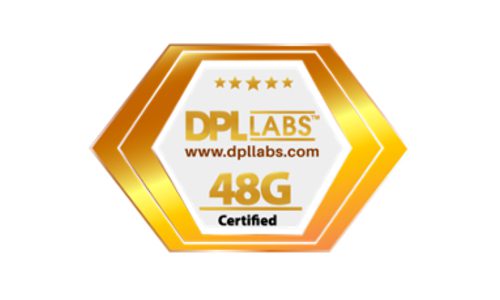 DPL Labs‘ has announced its new 48G Reference Standard has now entered into its beta test environment phase with the remainder of the systems coming online March 2021.

According to the company, it has been a long journey utilizing both technological and procedural improvements, with multiple delays due to COVID-19. DPL Labs says it also increased efforts to step away from traditional old-school testing methods in favor of a far more unparalleled leap into an advanced 400Gbps environment.

With customized instrumentation and a host of new procedures required to satisfy this new generation of hardware, the time has come to begin to open the program up to all High-Speed Transmission line products including cable companies, both fiber and copper.

The user interface has also been customized with improved graphics and easy-to-read documentation opening the doors for easier design and engineering reviews.

Timing is everything and even though the delays have been frustrating they also have provided some extra buffer time to listen to the feedback that is now racing through the 8K gaming world.

Some field issues with 8K gamers have surfaced and have been directed to DPL Labs for further analysis. One instance occurred with a pre-tested 8K cable that claimed to have passed certification. It was brought in for verification and was discovered to have one of its high-speed lanes low in output. This was due to one-half of the differential signal being inoperable shrinking the Eye Diagram considerably. In a perfect world the cable could have even worked but would no doubt exhibit poor reliability in most mainstream applications. This is where more sophisticated test processes are so important.

DPL Labs says a few key features to this new system are:

Now, for the first time in history, both copper and fiber cable factories will have the opportunity to own their own instruments for final production testing with test instruments that do not cost as much as a 6-passenger aircraft typical for this level of testing. These instruments are about to be ready for prime time with orders already in house for those companies seeking to be the best in production yields for both performance and reliability.

Now, in the case of video products, manufacturers’ final test operators can be looking at 4 discrete Eye Diagrams and not cartoons on televisions. Operators will be trained by DPL Labs to guarantee the kind of performance expected.

Due to the wide dynamics of these instruments, extra bonuses can be utilized for multiple digital transmission systems in the future such as USB 2,3, and C, Lightning, Sada, Display port, HDMI, Thunderbolt and other communication systems.