If the transmission line was capable of handling the entire 18Gbps envelope, there really should not be any issue, right?
Jeff Boccaccio 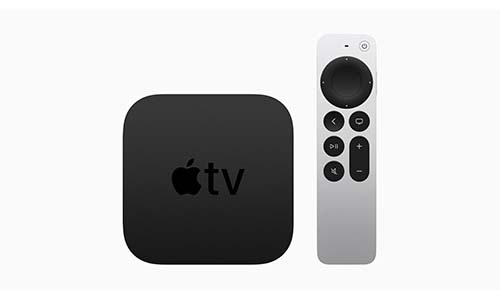 Time and again we have faced HDMI issues pertaining to Apple TV and other set-top box devices. When activated they can fail in a couple of common places. They can arrive DOA or may not function correctly when requesting better color space from 4:2:0 to 4:2:2; in most cases, you can forget 4:4:4.

This will usually occur with devices such as fiber AOC (active optical cable) or any active cable device. Reports have been coming in for a while but with the onset of 48G certification testing, DPL Labs didn’t have the necessary time to investigate. Finally, after more than 600 cable products, we were able to take a breather and do a little Apple TV R&D.

For an AOC to turn out a DOA outcome, it must be something serious. Either no supply voltage, broken or disconnected DDC transmissions, or just defective modules.

Why would color space be a problem? If the transmission line was capable of handling the entire 18Gbps envelope, there really should not be any issue, right?

The first test we did was on the output stage of the Apple TV, for which we found reasonable output; not great but reasonable.

We took one of the AOC cables the Apple TV failed and ran it up on DPL’s 48G instrumentation suite and saw that when operated at typical default standards, these cables worked perfectly to 4:4:4. Why? What we did not take into consideration were those “Standard Default” values that all testing agencies use.

Let’s reduce the output of the source and do some experiments on input sensitivity, we figured.

Typically, when a testing agency evaluates these products some form of compensation is introduced to their instruments to nullify any losses prior to the DUT (Device Under Test) being tested. This is normal and gets compensated out — no big deal and an easy procedure. The source output, in most cases, can hover between 400mv and 600mv.

Fig. 1’s chart compares what goes into a cable and what comes out. The input range starts at 0 volts with 50mv steps ending at 300mv. It is assumed that 300mv is all that’s necessary for a display to function to specification. The Orange curve is the alleged defective AOC and the Green curve is the AOC that functioned OK at 4:2:2.

The Red horizontal line is the threshold to get the display to function; above is good and below is bad. The defective AOC (Orange) lost performance as the source output approached 270mv, visible from its Eye Diagram beginning to breach.

Now for the real test. Let’s do the same experiment with a known AOC that did work with an Apple TV at 4:2:2 (Green). This was amazing — we did not lose performance until we got down to only 25mv! Spec for a sink is at least 100mv and this can run down to 25mv? Wow.

But still, why does it work on 4:2:0 and not 4:2:2? We emulated this by dropping the data rate to 3Gbps (4K 4:2:0) and found the sensitivity of the AOC improved by almost 80mv (Fig. 2’s purple curve). That reduces the margin for error substantially working with a dynamic range of only 300mv.

Testing more, we found many samples did perform pretty well at 250mv, which is reasonable. So another test process needs to be sequenced into all Active DPL Labs testing, running each channel down to 300mv @12G. If it cannot make that, it will not earn the DPL 48G Mark.