It would be hard to argue against the popularity of action movies, which are often driven by guns, explosions … and of course fighting.

A case could be made, especially by those in the martial arts community, that most of these action movies depict fighting as glamorous, unrealistic activities that are nothing more than choreographed sequences of eye candy.

Some within the martial arts community would contend that in order to see a real fight, someone would be better off watching the UFC, Bellator or boxing, which all provide fighting entertainment based on the skills of professionals competing against one another.

With that said, movie fight scenes and martial art movies first took off in popularity through the efforts of martial art pioneers such as Bruce Lee and Chuck Norris.

Newer martial artists, including Michael Jai White, Dolph Lundgren, and even the polarizing Steven Segal have spent years training in arts such as Kyokushin Karate, Mauy Thai, Aikido and Taekwondo, and they’ve brought these scenes to a higher level throughout the 1980s, 1990s and early 2000s.

Today, with so much talent in these action movies, trying to figure out what is real and what is choreographed can be difficult.

A few years ago St. Pierre explained in an interview for the UFC website, that even though he’s a trained fighter that fights in the movies, those fight scenes are much different than it would be in the Octagon or real life.

“When I arrived in Los Angeles to meet the stunt team they showed me what I needed to do. We went through the whole fight scene and broke it down into parts. There’s a lot of repetition and changing of camera angles until it looks perfect on camera. At first it looked very hard but with their help I managed to do it. There were one or two little things I couldn’t do as it involved a lot of acrobatic stuff, but the rest I did myself.” 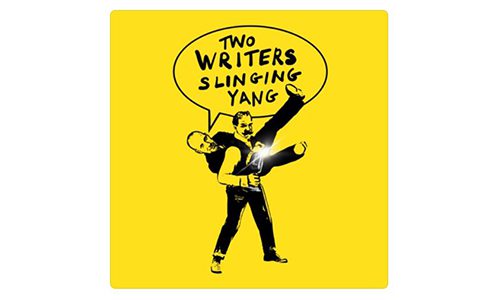 Related: 7 Sports and Music Podcasts Worth a Listen

Even though action movies utilize a lot of highly planned out fighting scenes, it doesn’t mean that all of the action is unrealistic.

Many of these scenes can and do contain realistic fighting scenes.

Hicks is a big movie fan, and he’s also been practicing martial arts for decades. Hicks holds a brown belt in Okinawa Shin Ru and a black belt in the full-contact standup Kyokushin style of Karate.

Serving his country in the Army, Hicks also used his martial arts background to teach self-defense to army wives on base while he was stationed in Colorado.

Explaining his choices, the Kyokushin black belt says a couple of things that separate realistic fighting action from “Hollywood” fighting is the closeness of the combatants. Styles such as Kyokushin and Muay Thai are well known for their up-close punching and kicking action.

Applying his self defense and army training, he adds that in stabbing scenes it is more realistic to stab someone several times rather than once.