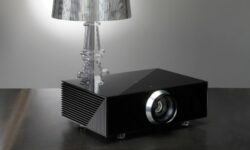 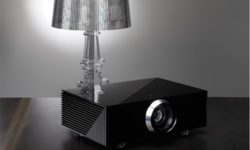 The Italian video manufacturer SIM2 has been manufacturing high-performance projectors for the residential market for years and its latest product is the CRYSTAL 4 SH Super Hybrid projector. Known for its combination of sleek industrial designs and image quality, SIM2‘s latest projector incorporates a precision lens that’s coupled to a laser-hybrid light engine. More specifically, […]

Sony has increased its leadership position in the projector category, and Sony, Epson and Digital Projection each added to its numbers.

Hands On: SIM2 Focuses on Color Accuracy, Not Resolution, with AR Projector

In a market where 4K is becoming the standard, how does a 1080p projector stand out? By focusing on color accuracy, which is a much more important component according to SIM2’s Massimo Zecchin.