Analysts had expected the company to earn 10 cents per share, according to figures compiled by Thomson Reuters. Analysts’ estimates typically exclude special items.

The company’s revenue for the quarter fell 12% to $23.2 million, as compared to $26.3 million for the same period one year ago.

In a press release, Richard Soloway, NAPCO chairman and president, comments, “The robust growth in recurring service revenue and the associated gross margin is primarily attributable to the fire alarm business, which has not been significantly affected by COVID-19. The fire alarm business is a ‘mandated business’ which means, to receive a certificate of occupancy for a building, a fire alarm system is mandatory and must always function in compliance with fire codes. Because of the essential nature and high profitability of this sector, the commercial fire alarm business continues to be one of the key areas that we focus our resources on.”

Prior to the onset of the coronavirus pandemic, the company reported 23 consecutive quarters of sales growth. Upon shutdown orders, many installing security contractors experienced limited or no access to buildings and homes to perform commercial or residential security installations. 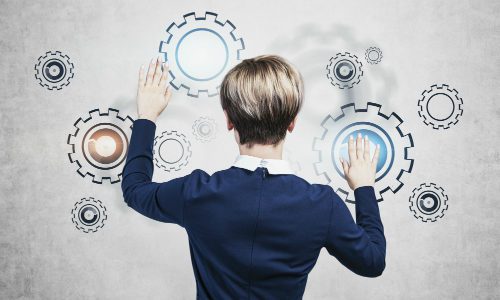 “We sell our products primarily through distribution to dealers and we are seeing improved sell-through statistics from several of our largest distributors,” Soloway says.

“Increased sell-through of our products from our distributors to the alarm and locking dealers during the quarter as compared to the previous quarter indicates that security equipment professionals are getting increased access to both commercial and residential installation sites.”

“The COVID-19 pandemic caused some delay in spending at certain K-12 schools, colleges, and universities. While we have seen postponements of planned security upgrades, we have not seen a significant number of cancellations. On the positive side, it has also presented extended windows for system installations due to the absence of students and teachers. As a result, we are seeing encouraging levels of quotation activity,” he says.