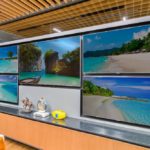 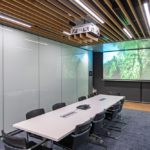 Thomas Foods International is Australia’s largest family-owned meat-processing company. In January 2019 — after a decade of significant growth and expansion into other markets — the company broke ground on a new head office in Adelaide, South Australia, to centralize its corporate operations.

The four-story facility opened its doors a year later, boasting nearly 30,000 square feet of office space on the lower levels, plus two luxury penthouse apartments on top. Both areas feature the latest in environmental, AV, security and access technologies — with RTI control and automation installed by integrator Adelaide Home Control running the show.

When selecting a control and automation solution to unite the resimercial project’s technologies into a single system, Thomas Foods had several requirements that RTI met, explains Nerge Agusi, manager at Adelaide Home Control. One was reliability; system failure was not an option. Another was ease of use. The control system would be used by numerous employees and residents — with a steady stream of first-time users — so it needed to be as simple to operate as possible.

Furthermore, the system had to be easily scalable to accommodate new technologies and components when added. Finally, sleek control interfaces were required to complement the facility’s aesthetics.

“This was a demanding project that called for a powerful and versatile control and automation system that could be fully customized to meet Thomas Foods’ current and future needs,” says Agusi.

“While the company was initially looking into solutions from other manufacturers, they were quickly sold on the flexibility provided by the RTI platform and its Integration Designer APEX programming software, as well as the elegant look of its control interfaces. RTI checked every box for this install, and it did so at an impressive price point.”

The RTI processors’ serial control capabilities were employed for the building’s C-Bus and audio distribution systems, while relay control was used for projector lifts and the security system. All video sources are controlled via IR.

Employees and residents interact with the control system using a variety of interfaces. All office areas with a Samsung display are equipped with a KX3 in-wall touchpanel keypad. When an office level is occupied, a single button press in the reception area activates the air conditioning, raises the blinds, and turns on all lights and displays in common spaces. Another button press reverses the process. 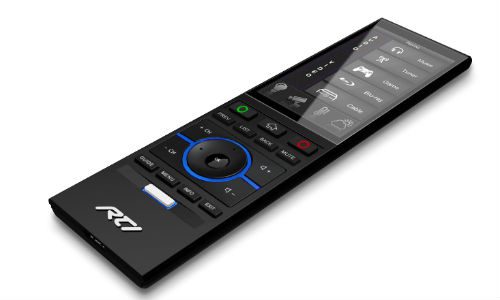 In areas with multiple displays, users can select their desired source and display(s) via UI. They can also play the audio from any display through Origin Acoustics in-ceiling speakers.

Each of Thomas Foods’ boardrooms features a motorized mount with an iPad running the RTiPanel app. Selecting “Presentation Mode” on the iPad will close the blinds, lower the projector screen, turn on the projector, and dim the lights to the desired level.

Both penthouse apartments offer RTI KA11 11-inch countertop/wall touchpanels, plus T4x handheld remote controls for each display. “Welcome” scenes raise the blinds, turn on the lights, and disarm the security system upon guests’ arrival. “Goodbye” scenes reverse the process, while also turning off all displays.

“With so many systems and devices being controlled, this project really showcases RTI’s capabilities for both the commercial and residential markets,” adds Agusi. “While we did provide user manuals for the control system, our goal was to design and program an interface that was so easy to operate that instructions wouldn’t be necessary.”