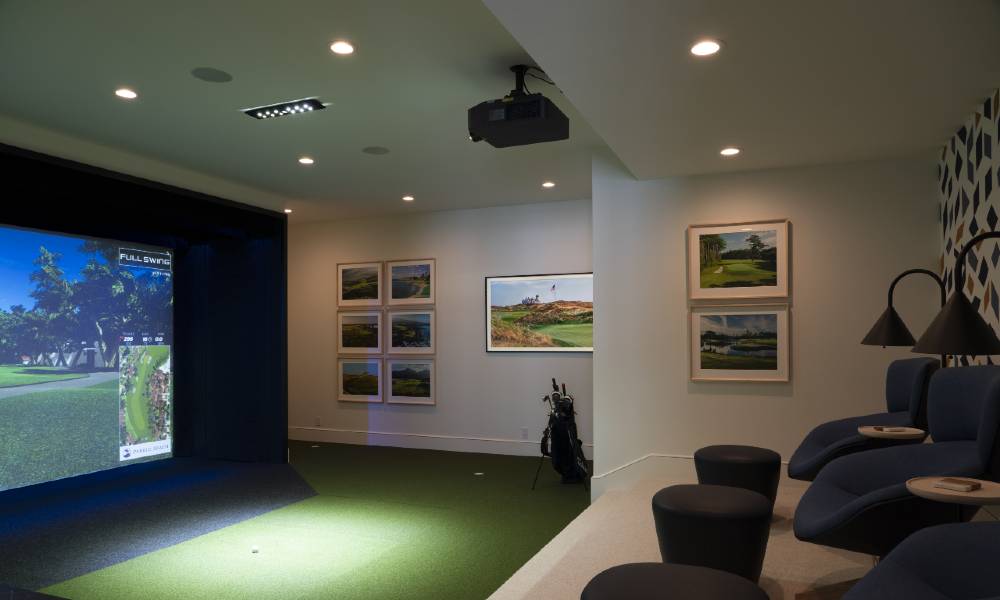 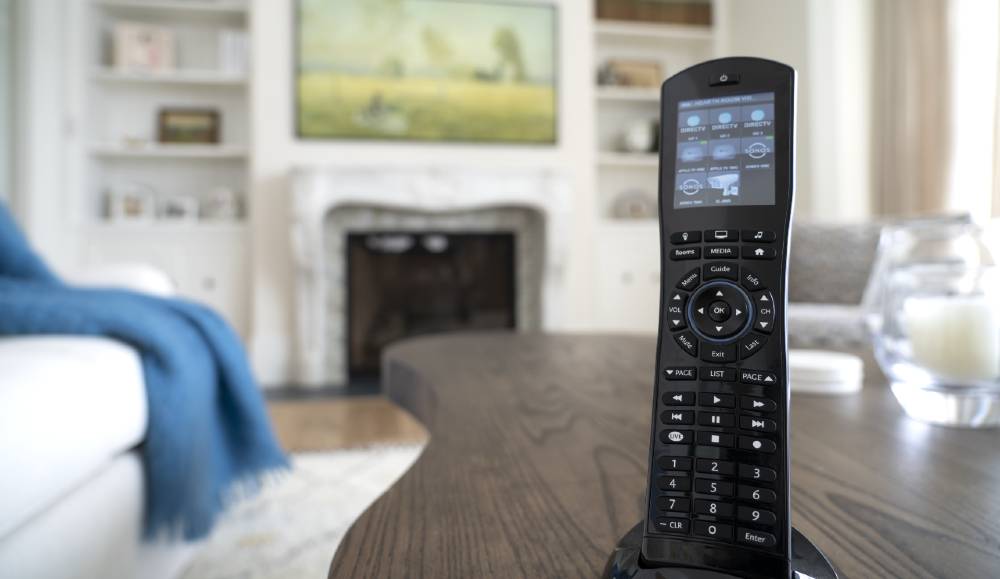 Minnesota-based integrator Admit One Home Systems took a big swing with its latest “Swedish Country Home” project, and the team clearly hit a hole in one. Of course, the Minnesota vacation home’s signature feature is an indoor, Full Swing golf simulator space outfitted by the integrator – but the entire project is anything but par for the course.

The homeowners tasked Admit One with the job of integrating Elan control products from Nice/Nortek Control and spin that with the Swedish heritage-influenced home. The goal was to achieve a classic feel with modern tech upgrades, for added luxury. It’s certainly not the traditional home on their block.

“It was crucial to have a seamless system for the homeowners,” said Kristin Reinitz, director of business development at Admit One, which is no stranger to creating award-winning projects for its customers. “With this being their second home, they didn’t want to have to continuously reteach themselves how to use the system during each visit.”

Streeter Custom Homes, Charlie & Co. Design and Engler Studio Interior Design handled the build and the design, while Admit One tapped their own expertise and intelligence to ramp up the IQ of this European-style house. The homeowners appreciate standout colors, keen attention to detail in their Swedish style and in turn, hoped their newly added tech would blend in discretely.

The home is equipped with five video zones and 13 house audio zones incorporating low-profile architectural speakers from Sonance – with pool & terrace systems soon to come in the summer months. It also features Lutron lighting and shade controls with 72 lighting loads throughout the main level and 15 shade locations; plus 22 keypad locations, and four occupancy sensors for complete security coverage for all doors and windows.

All that added together, plus finding ways to keep it hidden can be an incredible amount of work, but one Reinitz and her team were happy to take on.

“We used invisible speakers in areas with vaulted ceilings in order to ‘hide’ the sound and not distract from the design, as well as discretely placing subwoofers in-wall or in cabinets,” explains Reinitz. “By using smaller architectural style speakers, we could mimic light cans going into highly finished ceilings and use lighting control to have less wall clutter.”

Reinitz adds that Elan control systems served as the core strength to keep everything organized and simple. An Elan doorbell camera, bullet camera and security camera NVR are used for added security while video distribution was used to bring all the equipment back to a central rack, and for added ease – a handheld Elan touchscreen remote was included at each TV location.

The control system integrates seamlessly with the homeowners’ Full Swing golf simulator, beamed from a Sony projector onto the screen, so they may practice their putts and solidify their swing in a room that also features cozy seating and a backdrop of framed golf photography. 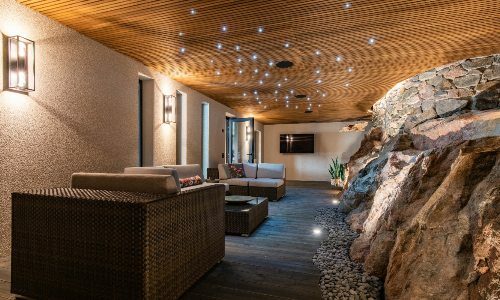 While they can now easily work on controlling their game in that space, the ease of the whole-house control system overall helped seal the deal for these clients, Reinitz says.

“We felt Elan control systems fit these clients’ needs best,” she says. “After showing them the user interface, the homeowner realized how easy it was to use. They also liked that the systems allowed for remote updating for when they weren’t around to update in person — which made for a huge selling point.”

The overall design of the home is rare in the homeowners’ community, and designers didn’t shy away from color to make this home a standout, even in the smallest of rooms. Their sauna and shower area are reminiscent of a Swedish bath, and the backyard is designed with privacy as a priority.

Click on the slideshow to view more images from this project!

The house’s new, smart technology simply takes its uniqueness to a new level, says Reinitz, noting that raising the bar on the aesthetic elements while incorporating tech was a team effort.

“From the homeowners, architecture, builder and designers — it was one of the smoothest projects we’ve ever worked on in our careers,” she says.

“We’re so grateful the homeowners really trusted the team they hired. It was the most fun to have an all-hands-on-deck approach to finding solutions that met their aesthetic needs while still integrating the technology that was desired.”