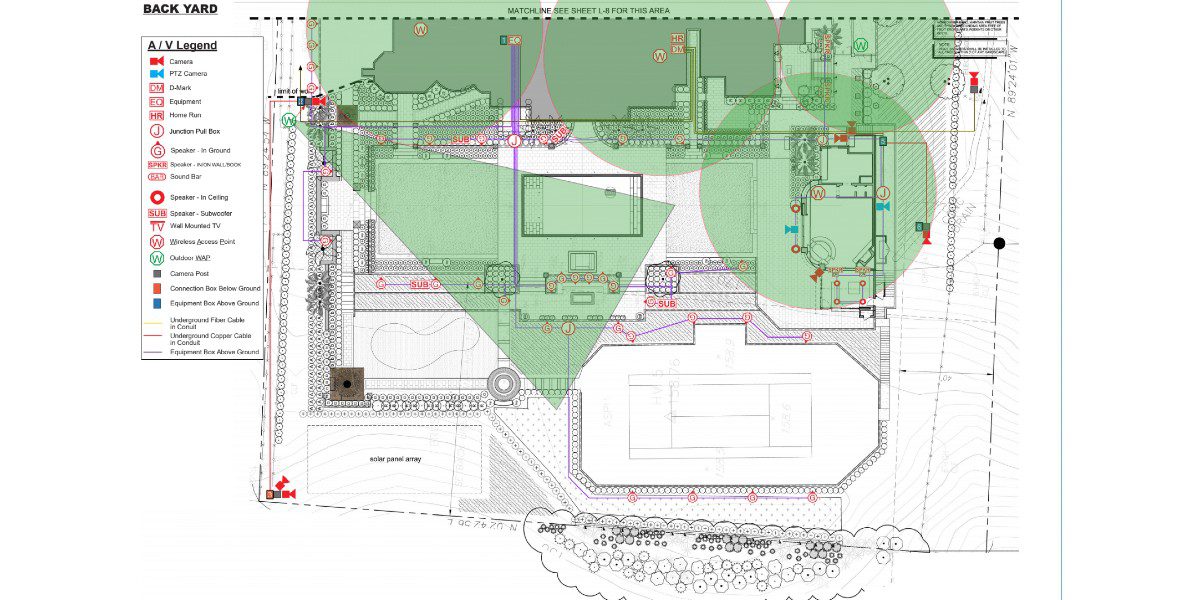 This map shows all of the security points Acoustic Evolution put in place to help this 4-acre property stay secure no matter the conditions.

When San Diego, Calif.-based integration company Acoustic Evolution was hired to outfit a luxury residence with a complete surveillance system, they knew the job would be difficult due to space constraints and an aging Wi-Fi support network.

Thankfully, Acoustic Evolution’s owner, Allen Tremble, is well-versed in both smart home security and networking, having worked on similar projects throughout the company’s lifespan. Using that expertise, Tremble decided to outfit the luxury residence with a surveillance system comprised of 24 cameras covering 4 acres.

In order to best handle the task at hand, Tremble opted for an Access Networks Core System to provide the homeowners with a quick and easy way to recorded video footage, a feature at the top of the homeowners’ wish list.

The Wi-Fi network and the surveillance system were added to the property during a major renovation of the landscaping. All of the necessary cabling was trenched, and cameras, speakers, and an outdoor TV were installed by Acoustic Evolution.

“The homeowners already had a Savant home control system that managed technology inside the home; the redo of the yard inspired them to add security and audio to the outside,” says Tremble.

In addition to installing the cameras, integrators added fiber optic cabling to the networked surveillance cameras to provide connectivity to a digital video recorder. When a camera’s integrated motion sensor trips, the action is automatically recorded.

Wi-Fi connectivity, however, was just as important to the functionality of the system, as it gives the homeowners the freedom to view activity on any camera from any smartphone or tablet—the same mobile devices they use to access the Savant system to manage audio, video, lighting, and swimming pool controls.

“The Core System ensured that Wi-Fi covered the entire property and maintained a consistent connection so video was accessible 24/7,” says Tremble. “The owners can watch live and recorded footage on any and all cameras from any mobile device at any time.” 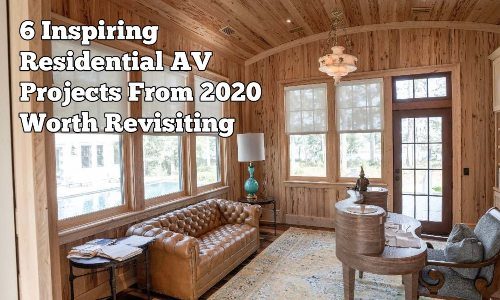 From a dedicated “security” page on the Savant menu, the homeowners can choose a camera to view, switch to another with the tap of a button, and review recorded video. “It’s so much simpler and convenient than requiring the owners to go to a central monitor to view the camera activity,” Tremble says.

At the same time, the Core System helps establishes a fast, far-reaching, failsafe Wi-Fi network for Internet connectivity. The family can access the Internet from anywhere inside or outside the home, stream entertainment content without any buffering, and make and take calls without any dropouts. The best part? Should the family decide to embark on another home improvement project, the Wi-Fi network is there to support any new smart devices they decide to add.