American drummer Steve Gadd has performed with some of the most iconic names in music, including Eric Clapton, Paul Simon, Paul McCartney and Steely Dan. So, when the legendary drummer raves about the jazz he creates with saxophonist Michael Blicher and organist Dan Hemmer, it behooves music lovers to listen.

Music fans can check out the Blicher Hemmer Gadd trio’s recently released second film, “The Concert in Eddis Old Car Workshop.” The movie is a 28-minute documentary by Frank Rosgaard of Fade to Grey Films in which Gadd, Blicher, and Hemmer discuss why they enjoy working together and how their collaboration produces such amazing music. The documentary, which right now can be streamed for free, features intriguing behind-the-scenes footage of the trio preparing for a concert and then performing for about 100 people in an incredibly intimate, pre-social-distancing setting.

The new movie offers a seldom-seen look at music-making and the bond between musicians. Filled with footage of the musicians interacting before and after they perform, the movie also features solo interviews with each band member in which they candidly discuss feelings about their music, themselves, and their bandmates. Viewers will learn why Hemmer’s work on the Hammond organ is so unique, how much Blicher’s soulful saxophone owes to New Orleans’ music scene, and why Gadd glories in the “honest music” these three virtuosos are able to produce together.

“It’s a ball playing with these guys,” says Gadd.

The band’s second album “Omara” was nominated for a 2018 Danish Grammy as “Best Jazz Album of the Year.” Like all of Blicher Hemmer Gadd’s music, you can find it here.

Additionally, the band’s work can also be enjoyed on Spotify and in hi-res on Tidal.

More news from CE Pro: Spotify HI-FI Ups Streaming Quality Ante, But Is It Worth It? 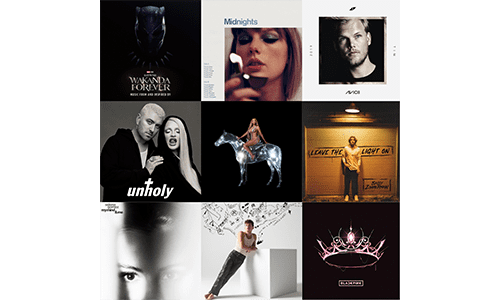 Dolby has announced the latest Dolby Atmos, immersive audio titles available on Apple Music. Some of the new music titles mixed in Dolby Atmos object-based sound that Apple Music subscribers can listen to include the new Taylor Swift album Midnights

Dolby has announced the latest Dolby Atmos, immersive audio titles available on Apple Music. Some of the new music titles mixed in Dolby Atmos object-based sound that Apple Music subscribers can listen to include the new Taylor Swift album Midnights