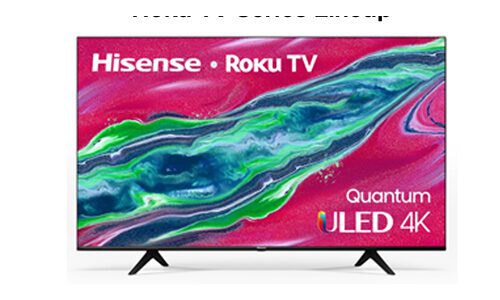 Hisense explains the launch of the U6GR 4K Roku TV series provides homeowners a choice between 55- and 65-inch screen sizes, and the latest series of TVs from the company are the first Quantum Dot Hisense Roku TV models.

The new line of products incorporate ULED technologies, and provide compatibility with Dolby Atmos, and the Dolby Vision and HDR10 high dynamic range (HDR) formats. According to Hisense, the U6GR 4K Roku TV is also capable of producing up to 600 nits of peak brightness levels and contrast ratios greater than 6,000:1 through its 60 FALD zones.

Other features built into the U6GR Roku televisions include the ability to work with Apple HomeKit and Apple AirPlay 2, and voice control capabilities via Amazon Alexa or Google Assistant. Hisense notes that its new televisions’ built-in Roku TV operating systems provide homeowners with the ability to customize their smart services’ home screens, as well as a choice of their favorite streaming services.