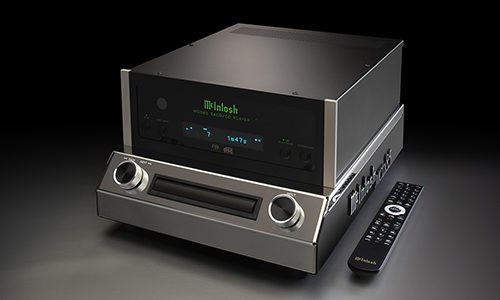 Continuing the success the company has had with its retro vibe MC275 and MC1502 tube amps, as well as its MA252 and MA352 integrated amplifiers, and its MC830 solid-state amplifier, and C8 tube preamplifier, McIntosh has launched its MCD85 SACD/CD player.

The new McIntosh source component is capable of playing store-bought CDs and SACDs, and homemade CDs and DVDs.

McIntosh points out the MCD85 SACD/CD player is capable of playing discs encoded with AAC, AIFF, ALAC, DSD (up to DSD128), FLAC, MP3, WAV and WMA files. The player’s USB audio input also supports DSD256 and DXD 384kHz, and the input can be used for streaming audio content from components that include computers.

Other inputs include two digital coax and a pair of optical digital inputs that supports PCM signals up to 192kHz.