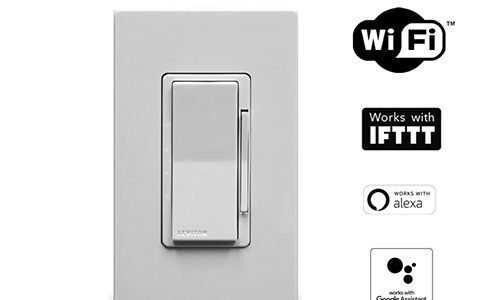 Leviton says that its latest smart home product allows homeowners to select one of four fan speeds, and other functions such as power on/off remotely when using a smart device.

According to the company, its new Decora Smart Wi-Fi Fan Speed Controller is controlled wirelessly using a home’s network and Leviton’s free My Leviton app, which is available on the iOS and Android platforms.

Leviton emphasizes the product utilizes the free IFTTT service to support its use with other Leviton products that are Internet of Things (IoT) enabled for third-party control capabilities.

In addition, the four-speed fan controller incorporates a Decora brand styling, and it offers compatibility with color change kits. Other visual elements include vanishing LEDs that communicate system status.