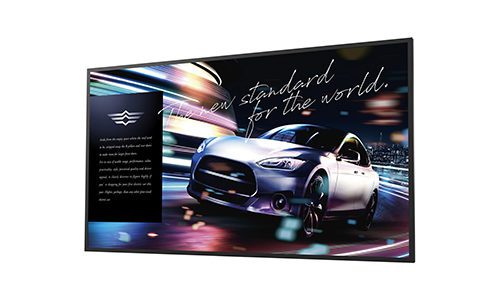 Providing professional integrators with a choice of two new display solutions, Sony Pro has announced its FW-100BZ40J and FW-32BZ30J displays.

Sony Pro says that its latest displays can be used in environments that range from corporate buildings and schools, to hotels and retail establishments.

According to the company, the new displays incorporate the same processors used in its consumer division’s BRAVIA televisions, and the products also produce 4K resolutions.

Explaining the FW-100BZ40J in greater detail, Sony Pro states that through the XR Processor, the display employs cognitive intelligence to cross analyze a number of picture elements. Sony Pro also says the FW-100BZ40J is also capable of producing brightness levels as high as 600 nits.

The displays’ System on a Chip (SoC) platform and Android TV operating system are designed to help applications run efficiently.

Other features include support for 5GHz Wi-Fi and built-in “soft AP” for the direct connection of wireless devices to the displays.