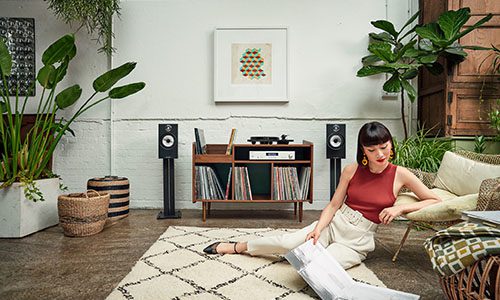 The Bowers & Wilkins 600 Series Anniversary products includes a choice of models such as the 606 S2 bookshelf speaker pictured here.

Explaining the upgrades made to the product line in order to live up to name of 600 Series Anniversary Edition, Bowers & Wilkins says the speakers received upgraded crossovers. Within the crossover networks new and improved bypass capacitors were selected. These capacitors were specially treated by Mundorf and were originally used for the recently launched 700 Series Signature loudspeakers.

The audio company points out the line of products provides a choice of four models that carry the “S2” designation:

Bowers & Wilkins also bundles the speakers into theater packages, and it notes the speakers can be combined with either of its ASW608, ASW610 or ASW610XP subwoofers.