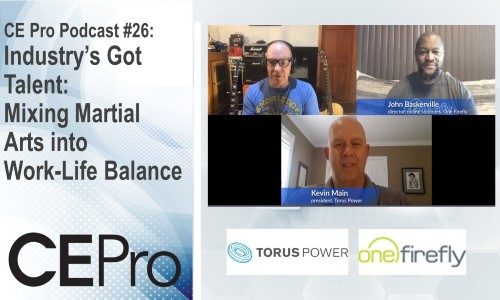 People who work in custom electronics will often say how fortunate they are to have careers in an industry that provides the fun and excitement of AV and smart home technology. That being said, as much fun as the industry is, its people aren’t defined by just their jobs.

Through the CE Pro Podcast and our “Industry’s Got Talent” editions, we’ve taken a look at some industry members’ passion for hobbies that include music recording and cooking. In the latest CE Pro Podcast episode, we highlight another interest common to many professionals within the market – the practice of martial arts.

For career-minded professionals, martial arts provides a purposeful way to exercise while delivering an outlet that requires focus beyond work and family. Especially now when wellness has become a key topic in custom electronics and job-seekers look for employers whose environments foster work-life balance, martial arts is an appealing and complementary pursuit.

In this week’s episode, John Baskerville, director of product for One Firefly, Kevin Main, president of Torus Power, and I discuss our participation in martial arts. During our conversation we talk about how martial arts help us to feel good mentally and physically, and how this practice helped our careers.

In addition, at the end of the podcast, I speak to my coaches, Sensei Marc Hicks of 5DK Go Ryo Karate-Do and Prof. Julio Binda of Binda Brazilian Jiu Jitsu. Hicks comments on the benefits of martial arts and how to find a good instructional school. Binda explains why Brazilian Jiu Jitsu is known as “the gentle art,” and addresses lifestyle benefits of this particular style, which is one of the most popular for adults in America right now.

When discussing the topic of martial arts, it’s important to understand the term encompasses more than meets the eye. Traditional martial arts such as karate, kung fu, judo, wrestling and boxing all fall under this umbrella.

Katas are a series of predefined moves that are designed to simulate fighting an opponent or multiple opponents. Katas or forms employ punches, kicks, blocks and stances. 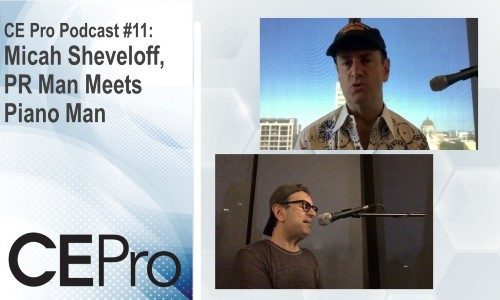 The other part of internal martial arts “lifestyles” is the mental aspect of practicing these arts. Styles such as kung fu’s Tai Chi are famous for the mental elements it incorporates in order to make practitioners complete or in touch with their body and minds.

Even the wildly popular style of Brazilian Jiu Jitsu features aspects that include dietary recommendations, yoga stretching and deep breathing methods that are designed to relax the mind and body.

Master Rickson Gracie of the legendary Gracie family is famous in the martial arts community for his mental approach to BJJ, which includes dietary practices and breathing exercises.

Hear what Main and Baskerville have to say about the benefits of martial arts by watching or listening to the podcast above, and check out past CE Pro Podcast episodes by subscribing to our YouTube channel.