As soon as the news came out last month that 15 member companies in the Bravas networking group were acquired by an investment company, my email and phone starting blowing up. Most of the messages were negative about the prospects of a national custom installation firm based on past failed attempts, harkening back to VIA, Signature, Tweeter, HAUS, Theater Xtreme and a long list of others.

Some of the comments said the merger would “crash like a lead balloon” citing “corporate culture clash” and “different business models” among the reasons the group is doomed. Granted, most of the comments come from those in the industry who are either competitors, or just people who like to sound off. (Thank you, Internet!).

But instead of doubting whether the new national Bravas LLC group will succeed, I think the industry ought to be rooting for this venture. And, quite frankly, this feels very different to me than some of the past national roll-up attempts.

In case you missed the news, San Francisco-based Presideo Investors announced a $75 million private equity investment that merges 15 independent smart home design-build firms across the United States. The new national footprint group is called Bravas LLC, and will focus on professional integration “of electronic lifestyle technologies into custom-built intelligent spaces,” according to the announcement. 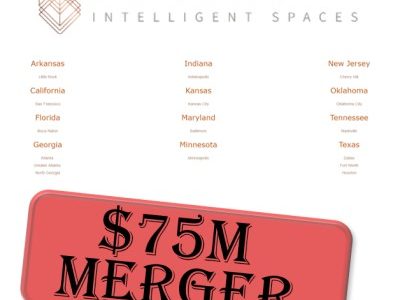 The group all caters to the same type of clientele: “High-profile business leaders, entrepreneurs, athletes, lawyers, doctors, entertainers, celebrities,” according to the merger announcement. Also, each one of the partners has a 24/7/365 support mechanism in place for their clients.

So clearly there is no doubt the integrators who have joined together are an elite group. They have locations in 13 states, earn $75 million in annual revenue, employ 285 technicians, and performed more than 3,500 residential and commercial installations in 2018.

Moreover, this deal wasn’t haphazardly thrown together. These integrators were a united group long before the deal transpired. That means there are few of the growing pains that typically come with a merger, especially one with multiple players:

Truly, Bravas does not appear to be a repeat of the past. Indeed, if it was the same situation as other failed national roll-up attempts, it is unlikely Presideo would have risked its money on this.

Also, the group now has funding to expand its network via targeted acquisitions throughout the United States and Canada, build new software and business systems, reinvent service and support, and invest in talent.

Bravas CEO Ryan Anderson says succinctly that the partners “are stronger together.”

I would agree… this is a true merger with invested equity and an economic engine like nothing the industry has seen before. Count me as one who is thrilled about this.